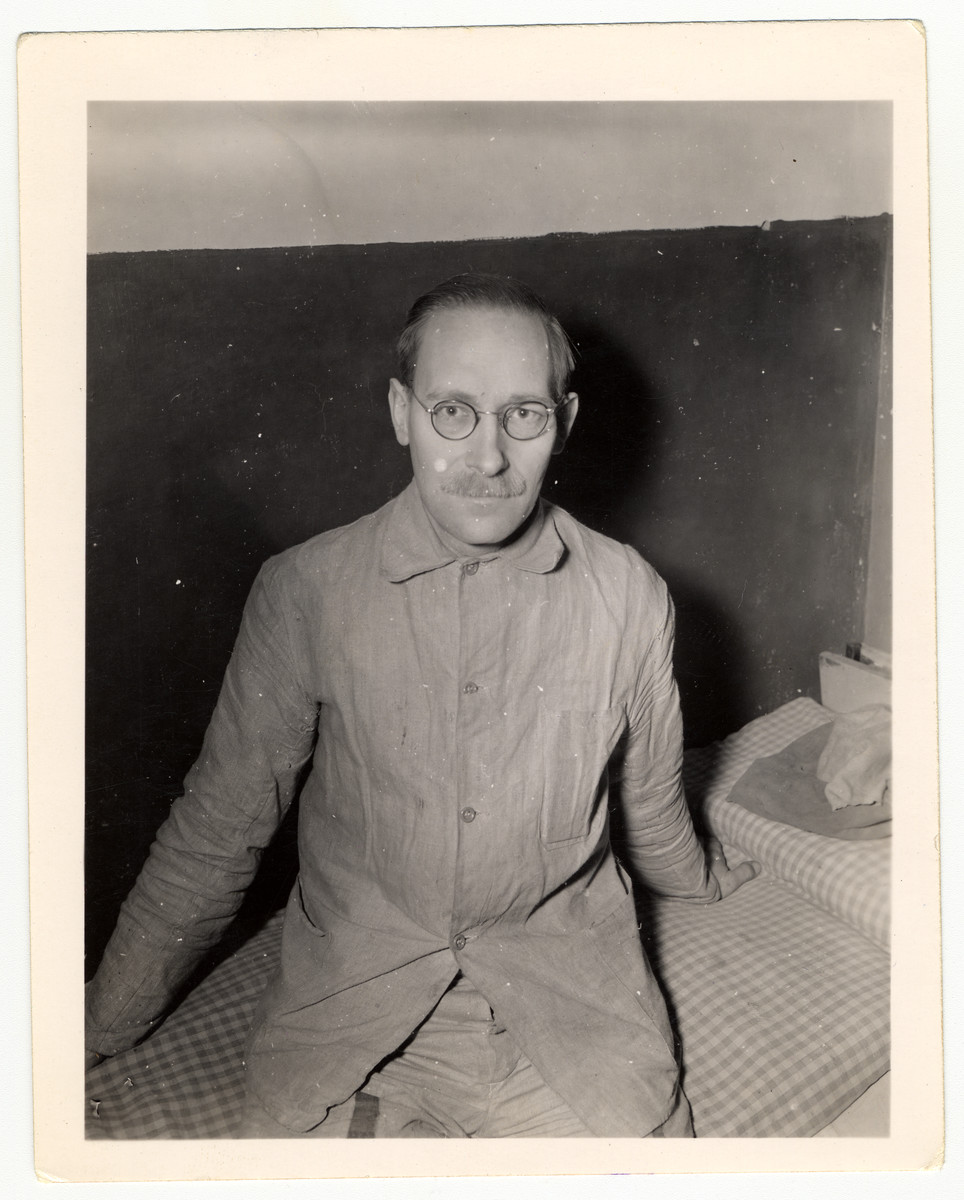 Caption reads: "Dr. Carl Hermann, a Quaker, has been a prisoner of the Nazis since May 5, 1943. He is a German, but anti-Nazi. He and his wife gave shelter to a Jewish family and listened to foreign broadcasts. Dr. Hermann is a physicist by profession and worked in a synthetic oil plant near Berlin before he was taken prisoner by the Gestapo and placed in Halle Jail.

Biography
Eva Hermann and her husband, Dr. Karl Hermann, were German Quakers from Mannheim, who were outspoken pacifists and critics of the Nazi regime. In October 1940, when the Jews of Mannheim were rounded-up for deportation to France, the couple helped as many families as they could with money, food and clothing. They also hid a Jewish couple in their home. Karl Hermann was employed as a chemist at the I.G. Farben concern in Mannheim. Because his work was considered essential to the war effort, he and his wife were spared punishment until late in the war for their opposition to Nazi policies. But on July 9, 1943 they were both arrested and brought before a special tribunal. Eva was sentenced to three years imprisonment, while Karl was given an eight year term. So as not to lose the benefit of his scientific expertise, Karl was taken to his lab every day to continue his work and brought back to prison at night. The Hermanns were both freed at the end of the war. In 1976 Karl Hermann was posthumously recognized by Yad Vashem as one of the Righteous Among the Nations.