A Jewish family sits by an outdoor table after the war. 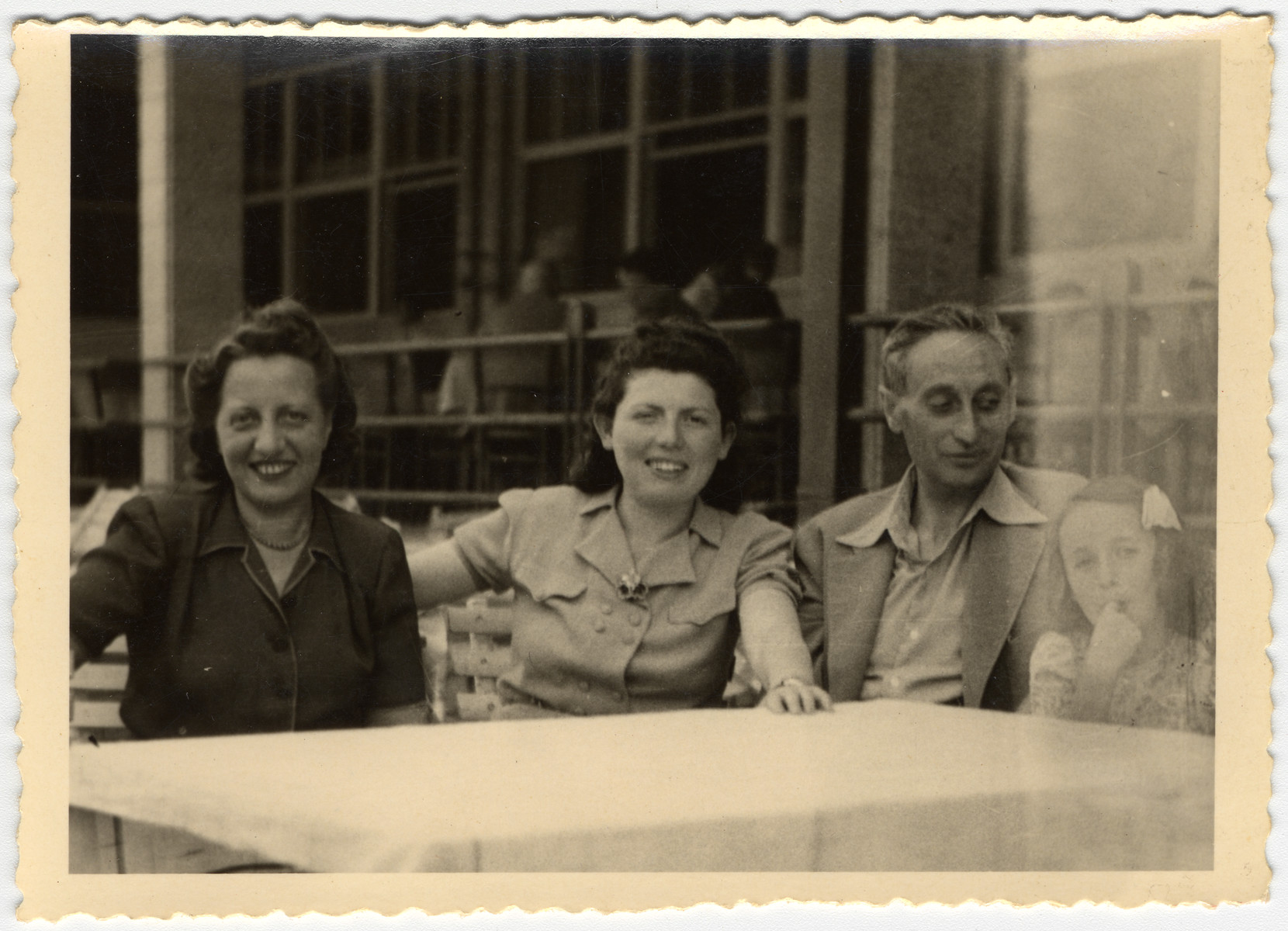 A Jewish family sits by an outdoor table after the war.

From left to right are Marta Mandler (a cousin of the donor's mother), Erszi Herzel, Ludwig Engel, and Katie Engel.