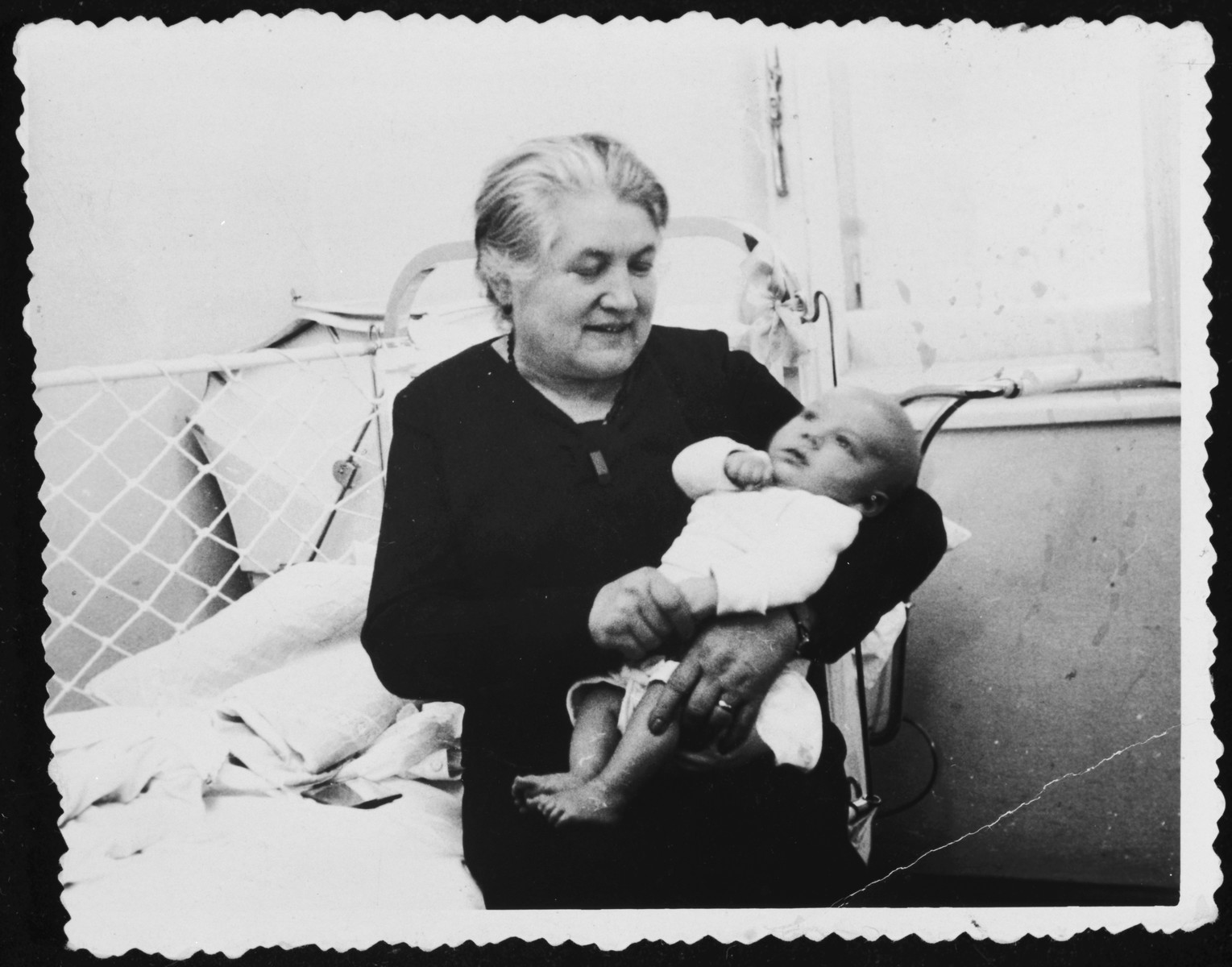 Pictured are the grandmother and cousin of Rita Blattberg Blumstein, Mrs.Schreiber and Romek.