Jacques Sephiha poses with a cane next to an ambulance after his return to Belgium from his hospitalization in a sanatorium in Switzerland following his liberation from concentration camp. 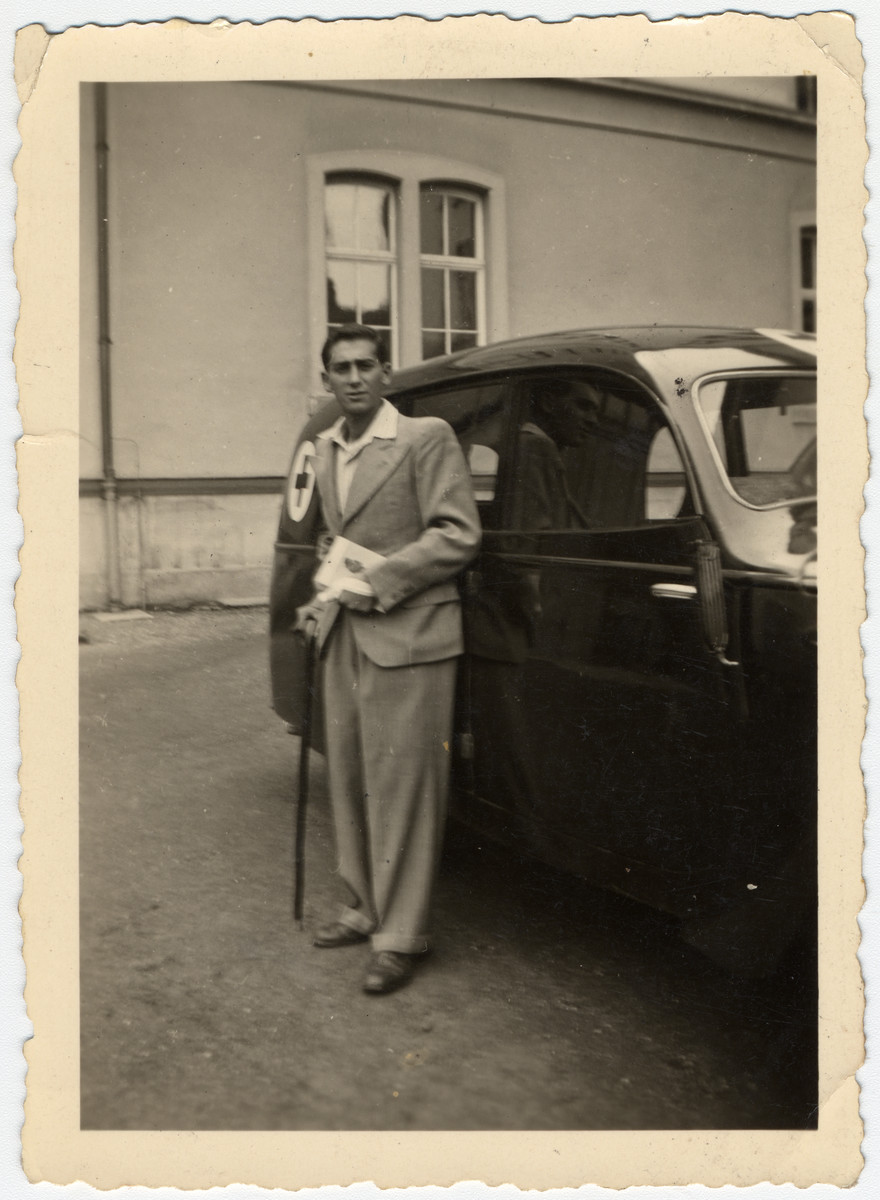 Jacques Sephiha poses with a cane next to an ambulance after his return to Belgium from his hospitalization in a sanatorium in Switzerland following his liberation from concentration camp.

His original caption reads "Far from your eyes, but close to your heart, your little brother Jacques."