The Gabrielides family says good-bye to its relatives prior to leaving for the United States. 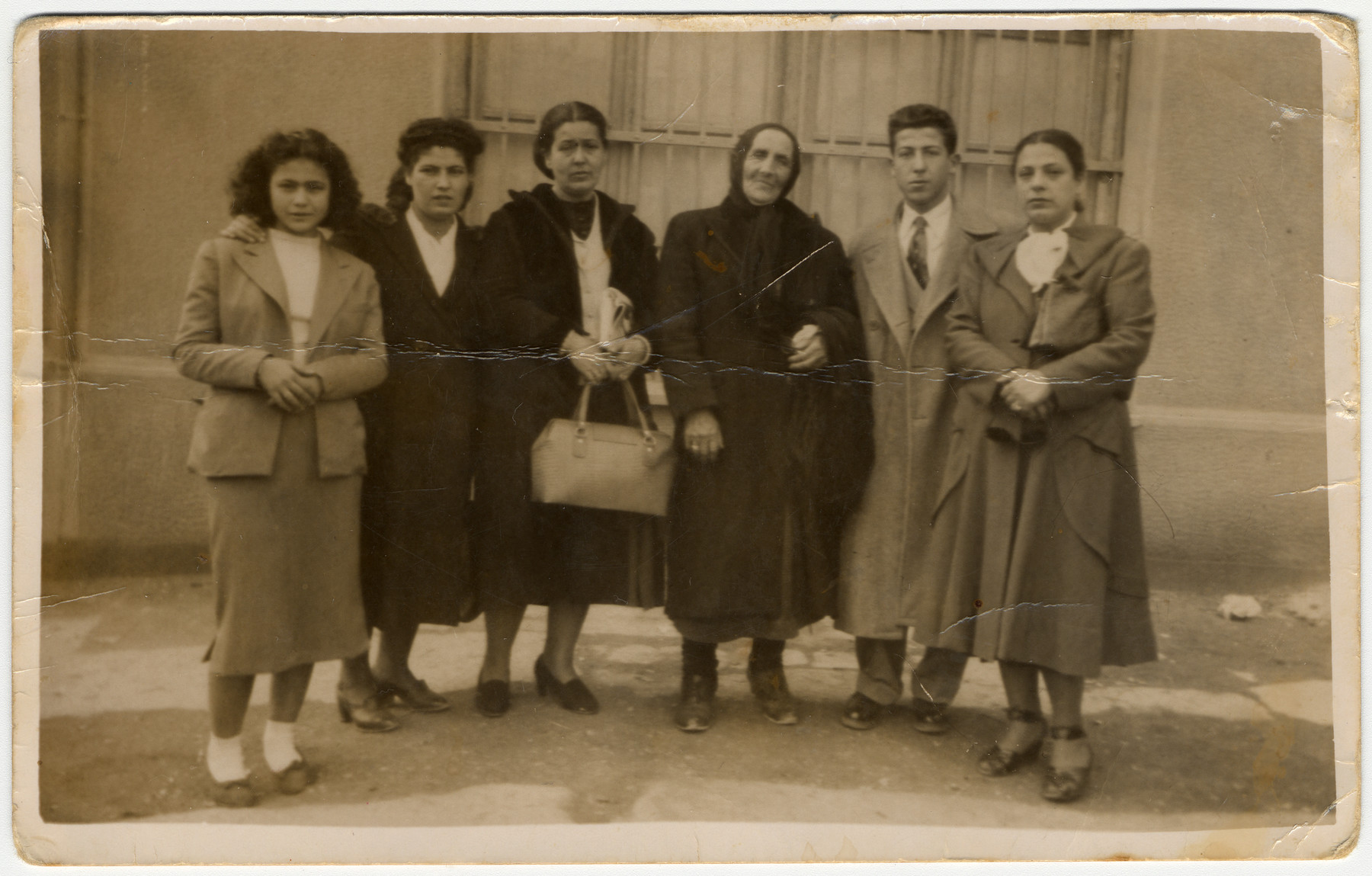 The Gabrielides family says good-bye to its relatives prior to leaving for the United States.

Biography
Zino (Morris) Gabrielides is the son of Michael Gabrielides (b. 1907) and Esther nee Barouch (b. 1912). Zino was born on March 22, 1933 and Effie was born three years later on April 6, 1936. Both of his parents were born in Janina but Zino and his sister Effie (later Escapa) were born in Athens where Michael worked as a salesman. In1941 Italy, Bulgaria and Germany jointly carved up Greece. Athens fell in the Italian zone giving its Jewish inhabitants relative security. However, after Italy surrendered to the Allies on September 8, 1943, Germany occupied all of Greece. One month later, on October 7, 1943 German SS General Jürgen Stroop ordered all Jews to register in the synagogue. They had to sign in every Friday and were not allowed to leave the city. Then in the spring, Germans closed the synagogue with everyone in it and took everyone away by truck. Together with the other Athenian Jews caught in this round-up, Zino's parents were deported to Auschwitz. Zino witnessed his mother entering the synagogue. He knew that if he followed her, he also would be caught. Instead he returned home to find his sister. They stayed for a while with a Christian neighbor until his mother's sister Nina Alouf found the children. She brought the children to a friend of her husband. They stayed with him for one night and then sought other hiding places. For the next sixteen months Zino moved to different hiding places. After liberation, Zino received a letter from his mother informing him that she had survived and was recuperating in Belgium. However his father Michael Gabrielides perished in Auschwitz. In March 1951 Zino, his mother and sister immigrated to the United States.