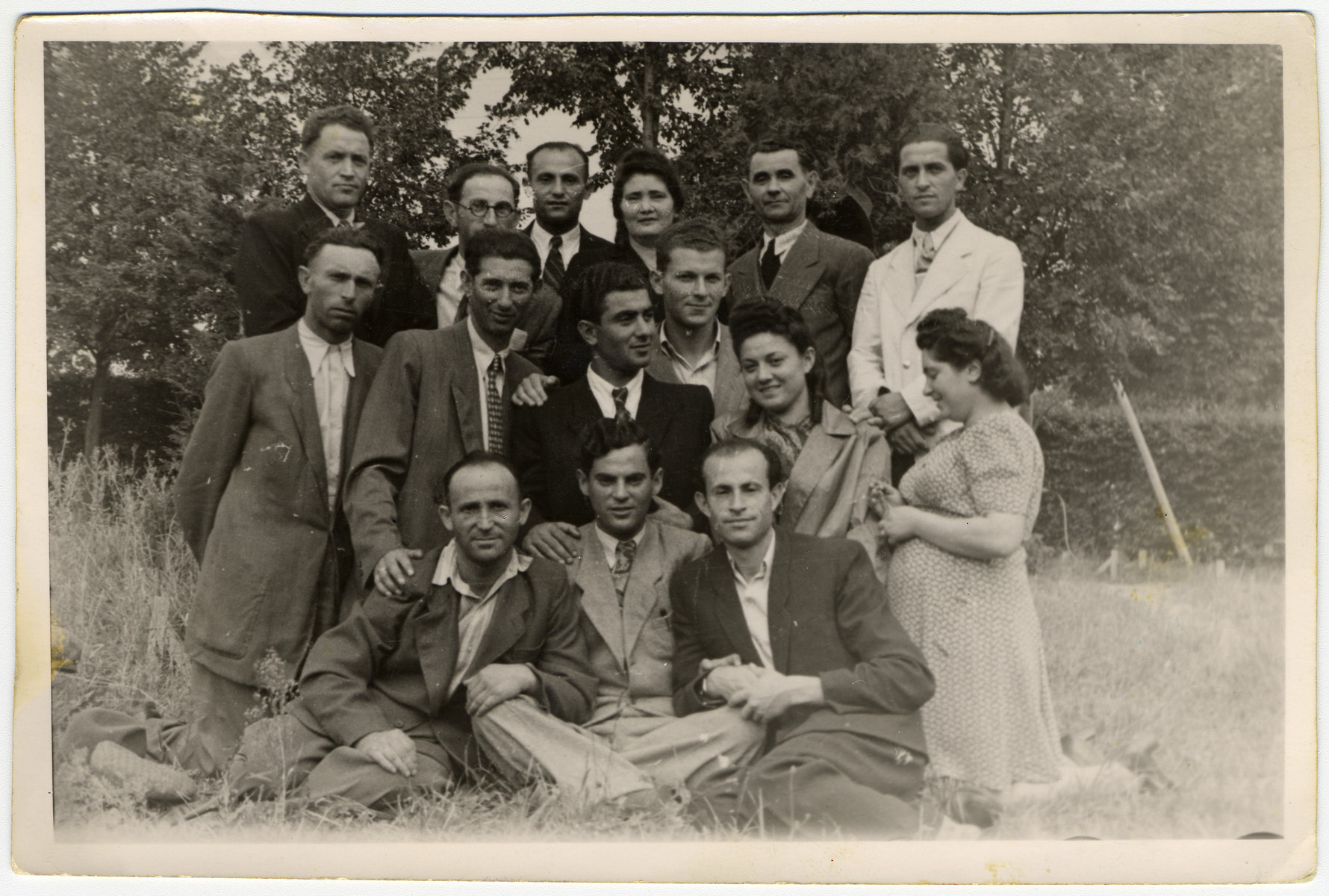 Shulamit Perlmutter is pictured second from the right in the second row.

The original caption reads "To Shulamit for eternal memory from Gregory Nudelman."