Studio portrait of Laura and her infant son Marcel. 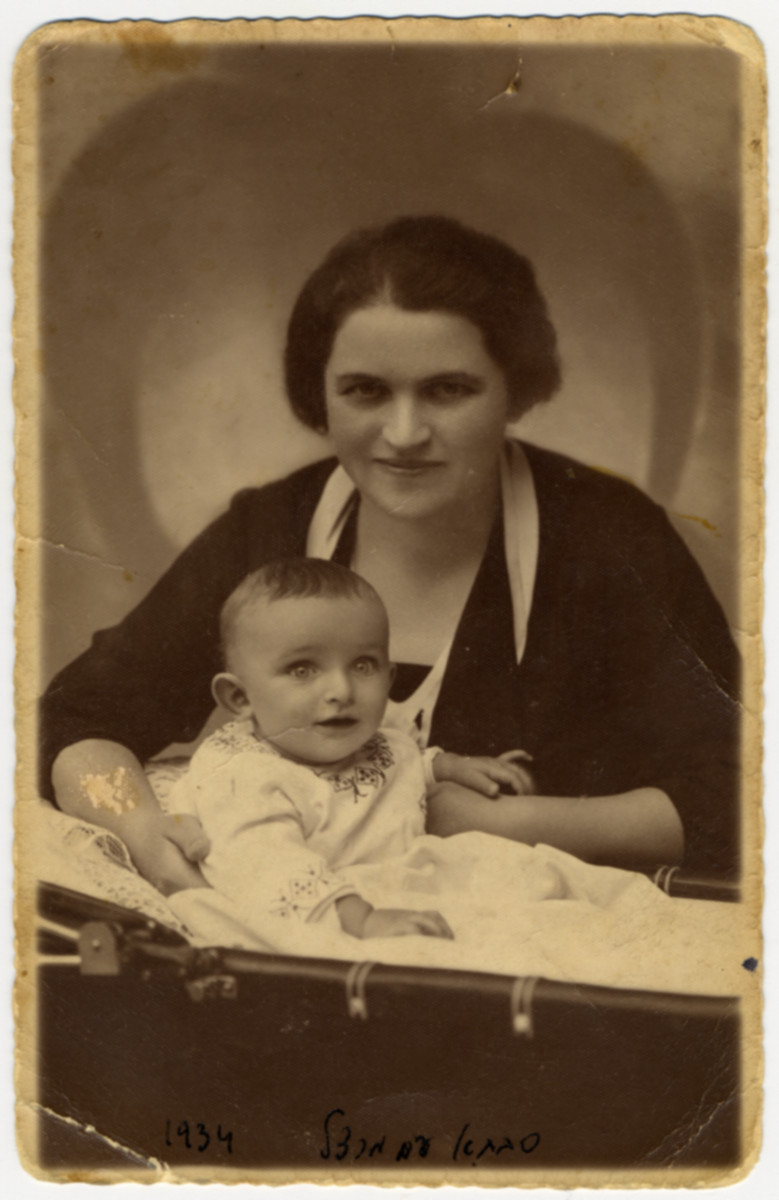 Studio portrait of Laura and her infant son Marcel.

The original caption on back of photo reads: To dear parents as a reminder from Jakob, Laura, and Marceli
August 1934.