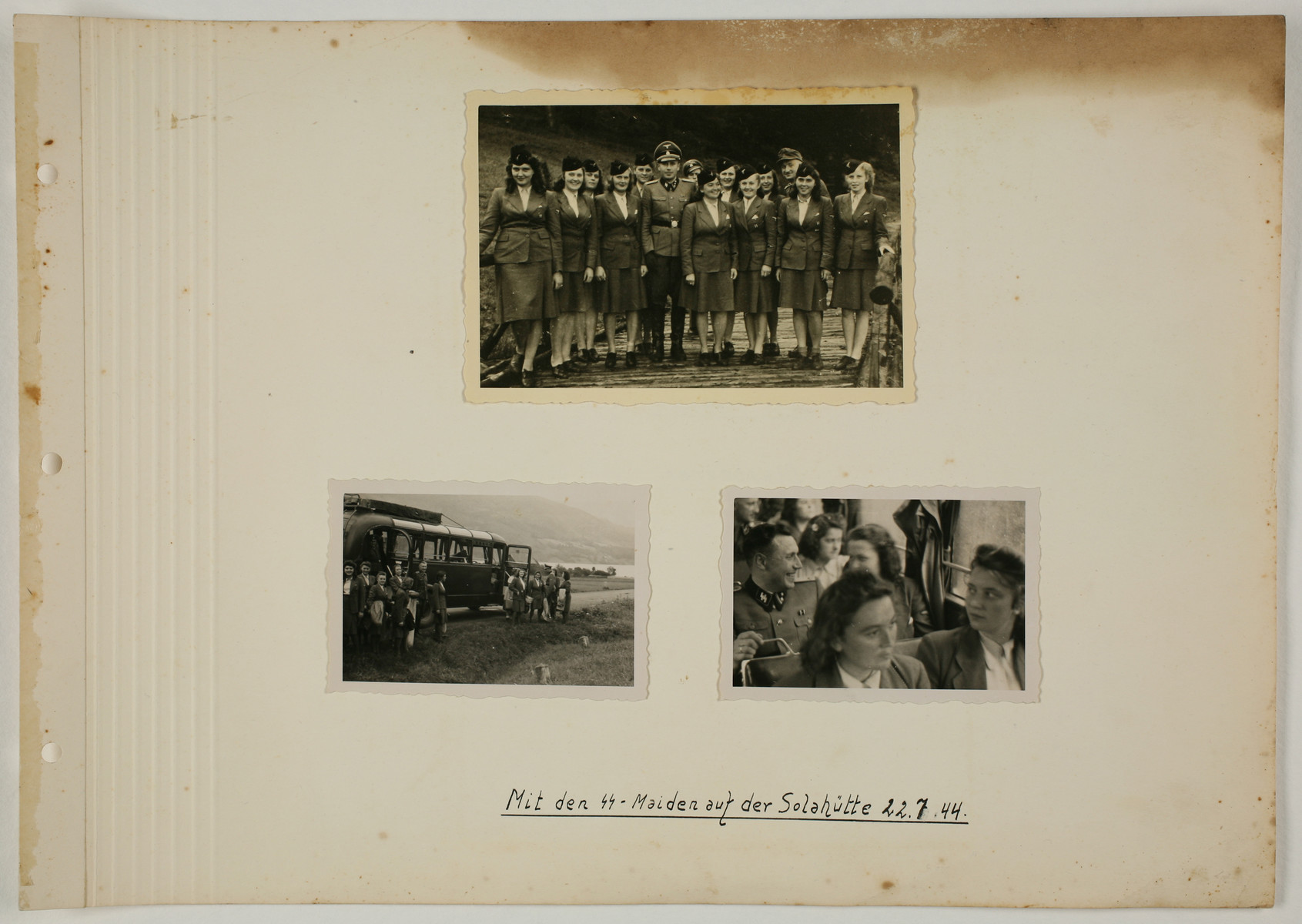 The original caption reads "With the SS Maidens at Solahuette, 22.7.44."