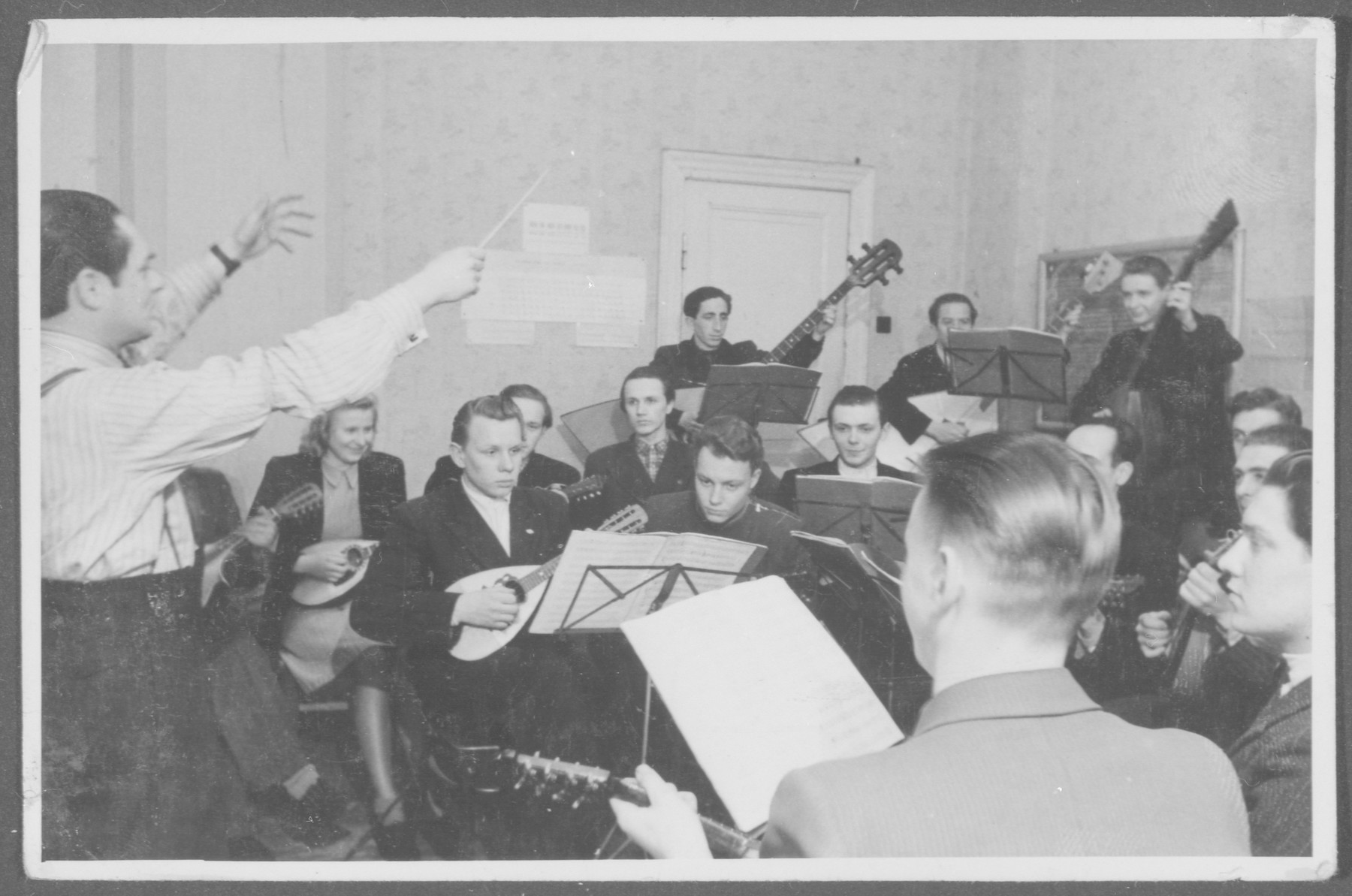 Biography
Elja Haifetz (born Elja Heifecs) is the son of Samuel and Zilla Heifecs. He was born in December 5, 1912 and had one brother Leibel, three years younger. When Elja was only four-years-old, his father was drafted into the Latvian army to fight World War I and was wounded in both legs. Following an extended recuperation, his father worked in the cotton trade. Elja and Leibel attended Heder and then a Jewish school. Music played a major role in the Heifecs household. Samuel sang in the choir of the large synagogue on Gogol Street, and Elja began joined the choir as well when he was eight years old. Elja took both cello and mandolin lessons, and when he was 18 years-old, he organized a Jewish mandolin orchestra. His life altered radically in the summer of 1941 following Germany's invasion of Latvia. Simultaneously, Latvian nationalist collaborators unleashed a wave of violence against the Jewish community, including the burning of the Gogol Street Synagogue killing those inside. One day, Elja's brother went to work in a factory but never returned. Jewish and communist workers were taken out of the factory and shot in a nearby forest. In August 1941 Elja received an order to appear for work. When he arrived at the work site, Germans ordered thirty young men to board a truck. Luckily, Elja was not selected as they were all killed. That summer German officials ordered all Jews to move into a ghetto; they sealed the ghetto on October 25. Luckily one of the guards was a prior acquaintance of Elja and allowed him to smuggle extra food into the ghetto. Elja worked outside the ghetto in a woodcraft workshop with Latvians which gave him opportunities to trade for food. He also had an opportunity to meet his former housekeeper. She agreed to help him escape from the ghetto and shelter him for a while. However, when her boyfriend returned to her apartment, Elja had to return to the ghetto because it became too dangerous to remain outside. However, even in the ghetto, the killings did not end. The Germans conducted a major killing action on December 8, 1941 during which both of Elja's parents perished. They were shot in the Rumbula Forest, five miles southeast of Riga. After this, Elja remained in the ghetto for another two years. While continuing to do slave labor, he also found time for music. He and a violinist friend, Perec Brandt performed concerts for other residents to lift their spirits. When the ghetto closed in November 1943, the inhabitants were transferred to Kaiserwald, a concentration camp north of the city. From there, Elja was sent to a smaller sub-camp, Mühlgraben (Milgravis), and finally in summer of 1944 he was deported to Stutthof. There a Kapo sought out musicians. Elja and a few others were given instruments confiscated from other prisoners and asked to perform. Afterwards, the Kapo arranged their transfer to Buchenwald, supposedly as a reward. Elja traveled with some eighty other people by train. The prisoners were given nothing to eat or drink during the three day voyage, and many died. As American soldiers approached the camp, Elja was sent on a death march to Theresienstadt. He arrived extremely ill from dysentery and typhus. After his recuperation, Elja returned to Riga and resumed working as a musician.