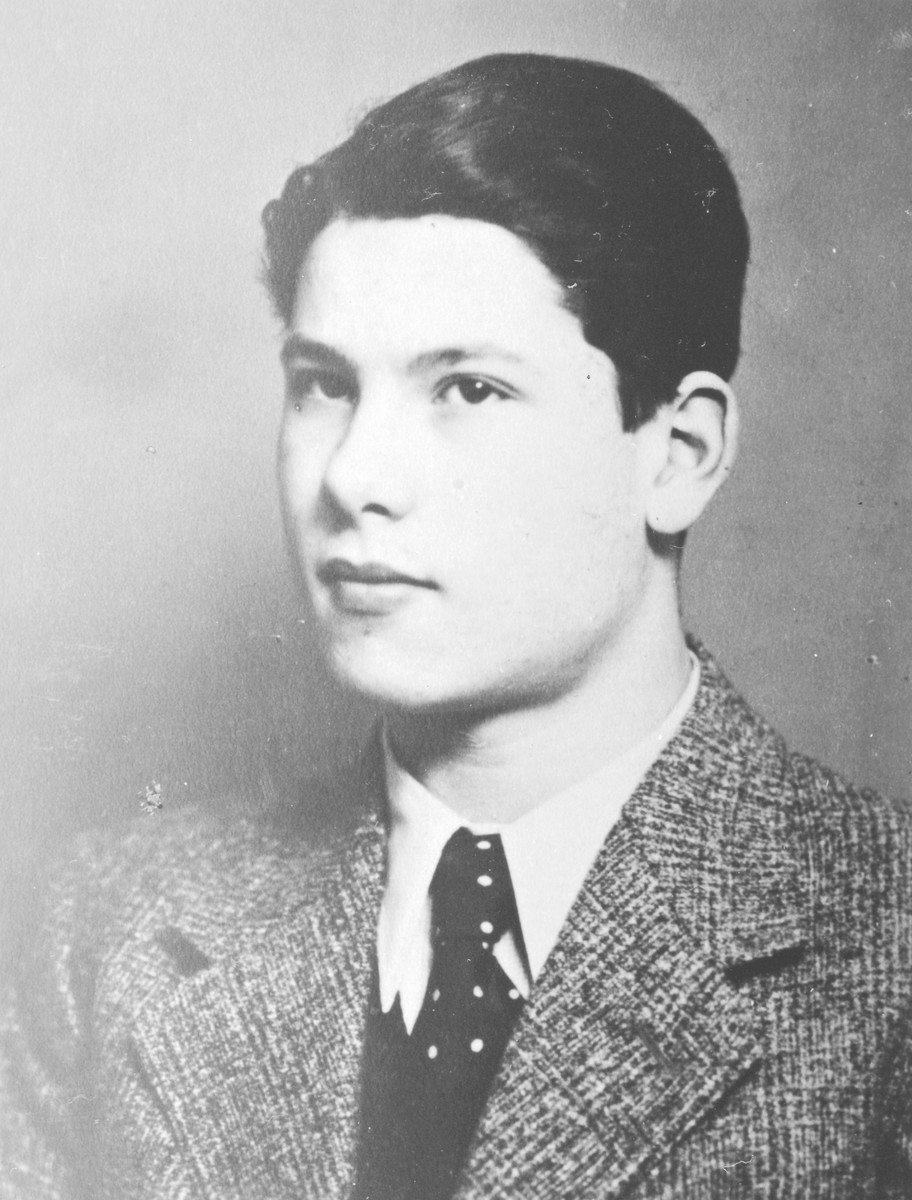 Biography
Herbert Rosenthal is the son of Milan and Erna Rosenthal. Herbert was born on February 15, 1924 in Frankfurt am Main. His younger brother, Manfred was born on September 19, 1926. On February 2, 1939, Herbert, who was about to turn 15 was sent on a Kindertransport to England. While in England, he studied at a technical school in Kent. However, when Herbert turned 16 the following year, he was considered an enemy alien and deported to Australia. On July 10, 1940, Herbert found himself on the HMT Dunera set for Sydney, Australia. His parents meanwhile, found refuge in the United States. They had been able to escape via Lisbon to New York. However, their younger son, Manfred, was in France. Throughout the war, he lived under the protection of OSE at Chateau de Chamont, Mainsat, Creuse, and Chateau Montintin.

In Australia, Herbert was Internee 40496, interned in Hut 10, No. 8 Camp. His parents, aware of their sons' situation subsequently wrote in April 1941 to Honorary Gustavus Loevinger (Judge of the District Court in St. Paul, Minnesota) and the Re-Emigration Department in London to try to secure Herberts' safe passage to the United States.

However, on December 10, 1942 the Rosenthals' received word that Herberts' boat from Australia had been torpedoed on the Atlantic. His boat, the S.S. Westernland left Sydney on August 24, 1942. At the end of September, the internees switched at Cape Town onto the S.S. Abosso. The boat reached a position about 700-800 miles from the West Coast of Ireland and about 600 miles off Cape Finisterre when she was torpedoed. Herbert was not among the survivors.