Jewish survivors stand at the memorial of Aharon Dolek Liebeskind. 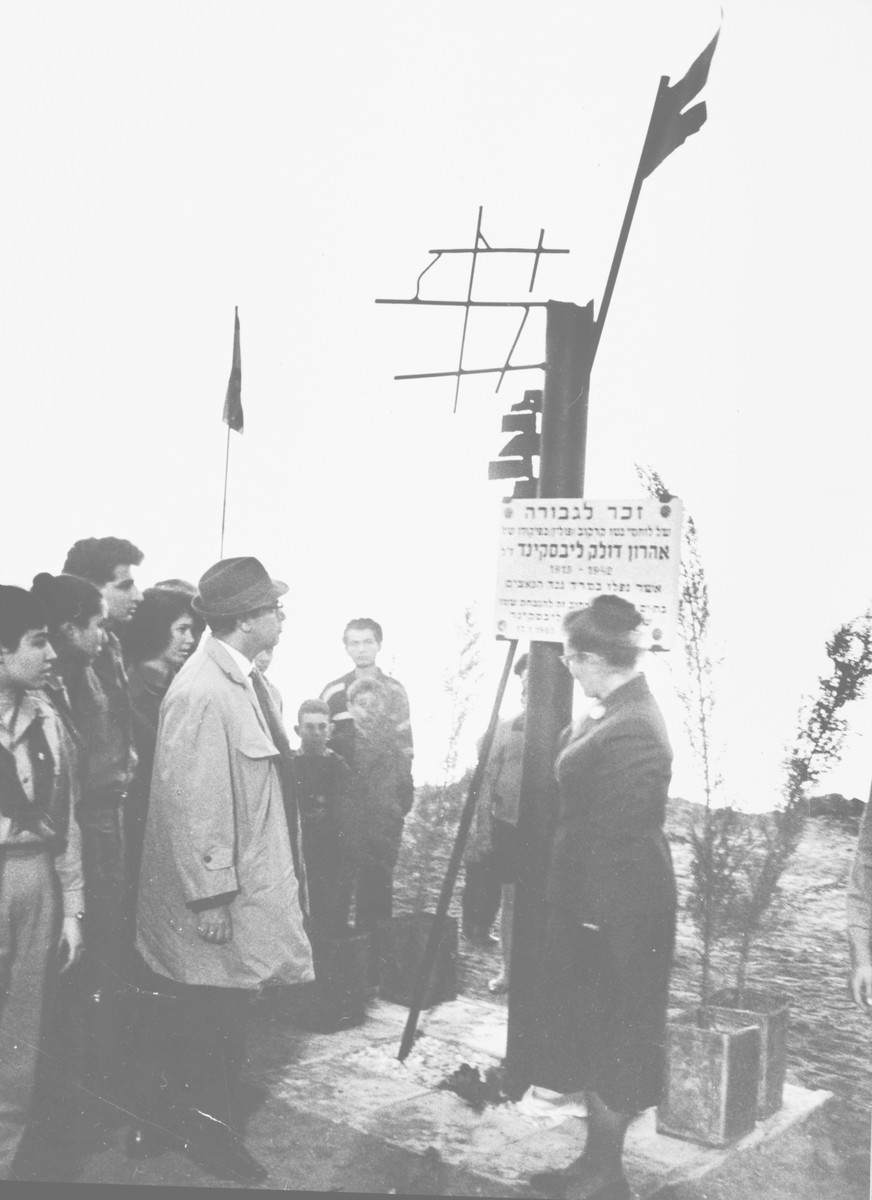 Jewish survivors stand at the memorial of Aharon Dolek Liebeskind.

Event History
In 1942, there were two main resistance organizations operating in the Krakow ghetto. The first, Akiva, was led by Aharon (Dolek) Liebeskind, who brought together Zionist youth organizations in the underground. The second was headed by Zvi (Heshek) Bauminger, who created a resistance group largely composed of youths in the Hashomer Hatzair with close ties to the local communist resistance. In October 1942, the two resistance groups merged to form the Jewish Fighting Organization. The resistance organization sabotaged rail lines, raided German warehouses, and attacked German soldiers and security police. On December 22, the Jewish fighters carried out their boldest plan: to throw grenades in cafes where German officers congregated, sabotage army and police vehicles, distribute anti-Nazi leaflets, raise Polish flags on the bridges over the Vistula, and assassinate German soldiers. At one cafe, the fighters killed at least seven German officers and wounded many more. In the wake of these attacks, German authorities launched a massive manhunt to find the resistance fighters. On December 24, 1942, the Gestapo located Liebeskind's hiding place and he died in the violent shootout that followed. The next day, Hitler's headquarters was informed of the action. In March 1943, the German police closed in on Bauminger and in a hail of gunfire he perished, possibly by his own hand. Though its membership had been decimated by arrests and its leaders killed or captured, the Jewish Fighting Organization continued to carry out sabotage, distribute anti-Nazi materials, and urge Jews to resist and flee to the forests.

https://www.ushmm.org/wlc/en/article.php?ModuleId=10005169.
Biography
Adolf (Aharon, nicknamed Dolek) Liebeskind (1912-1942), leader of the Akiva Zionist underground movement in the Krakow ghetto, who was shot by the Gestapo after they located his hiding place on December 24, 1942.