Children sit at their desks in the Carlebach School in Leipzig, Germany. 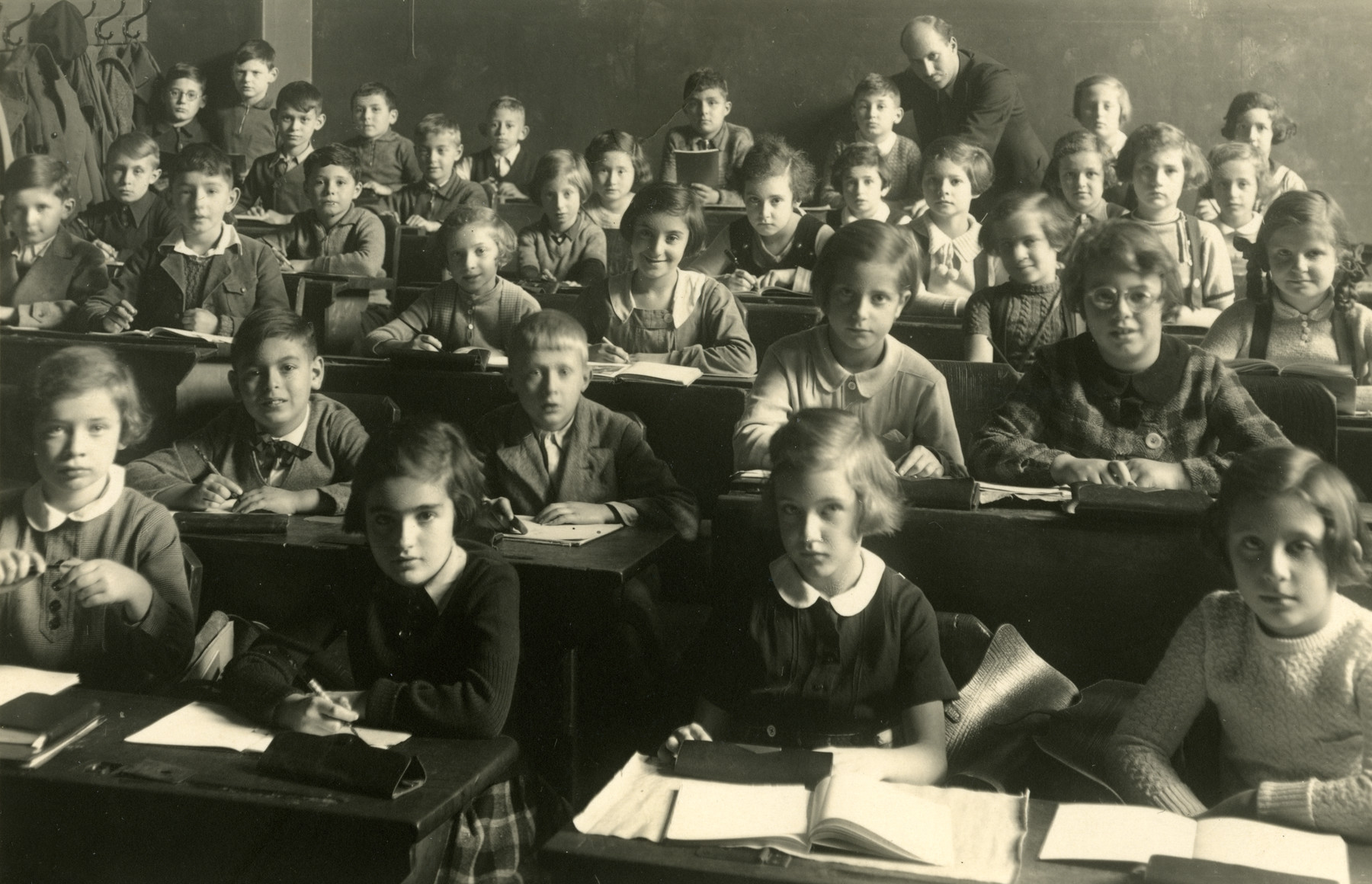 Children sit at their desks in the Carlebach School in Leipzig, Germany.

The donor, Irene Lewitt is seated in the second row, second from the right. Pictured in the front row are Stephanie Bamberger (in the corner), Ruth Joske (with white collar) and Miriam Hepner (to her left). The teacher in the back is Felix Carlebach.