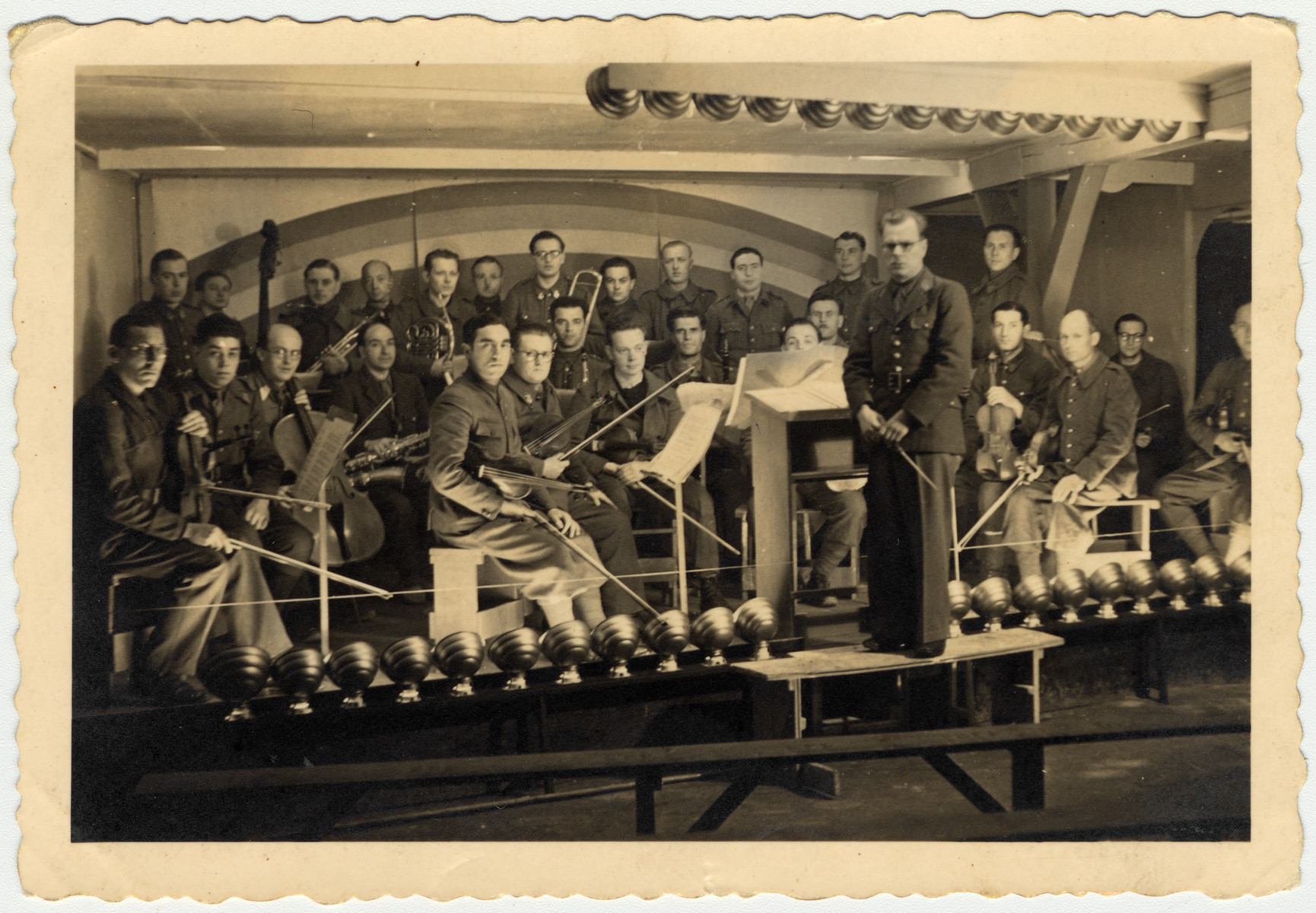 Max Beker, a Jewish POW from Vilna, is the concertmaster.