Polish prisoners-of-war celebrate Channukah in their barracks with potato pancakes. 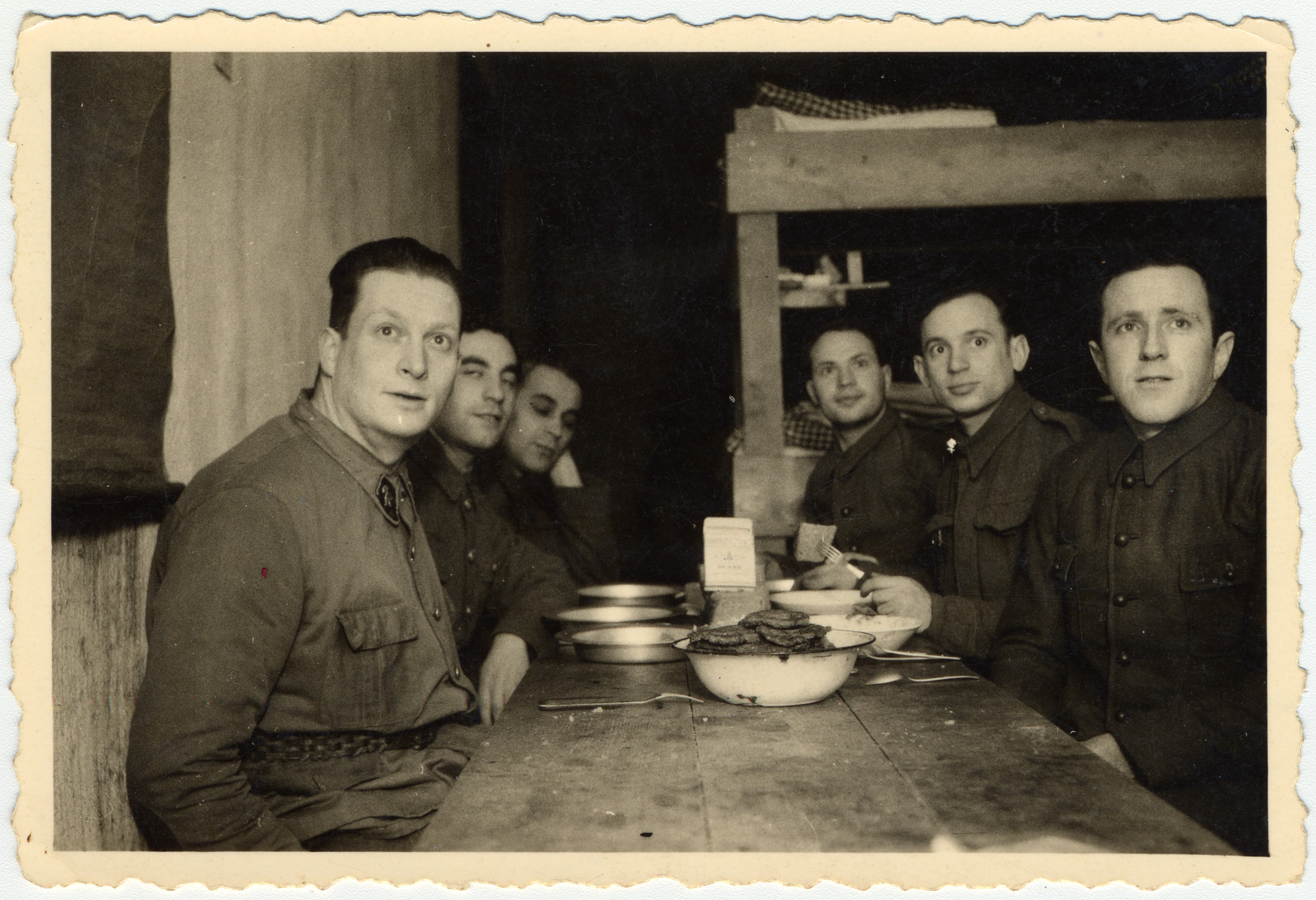 Polish prisoners-of-war celebrate Channukah in their barracks with potato pancakes.

Pictured from left to right are Sokoloff, Max Beker and Philip Kopolansky.