Female Dutch Jewish survivors who were part of the "Philips" group go for a boat ride in Goteborg, Sweden. 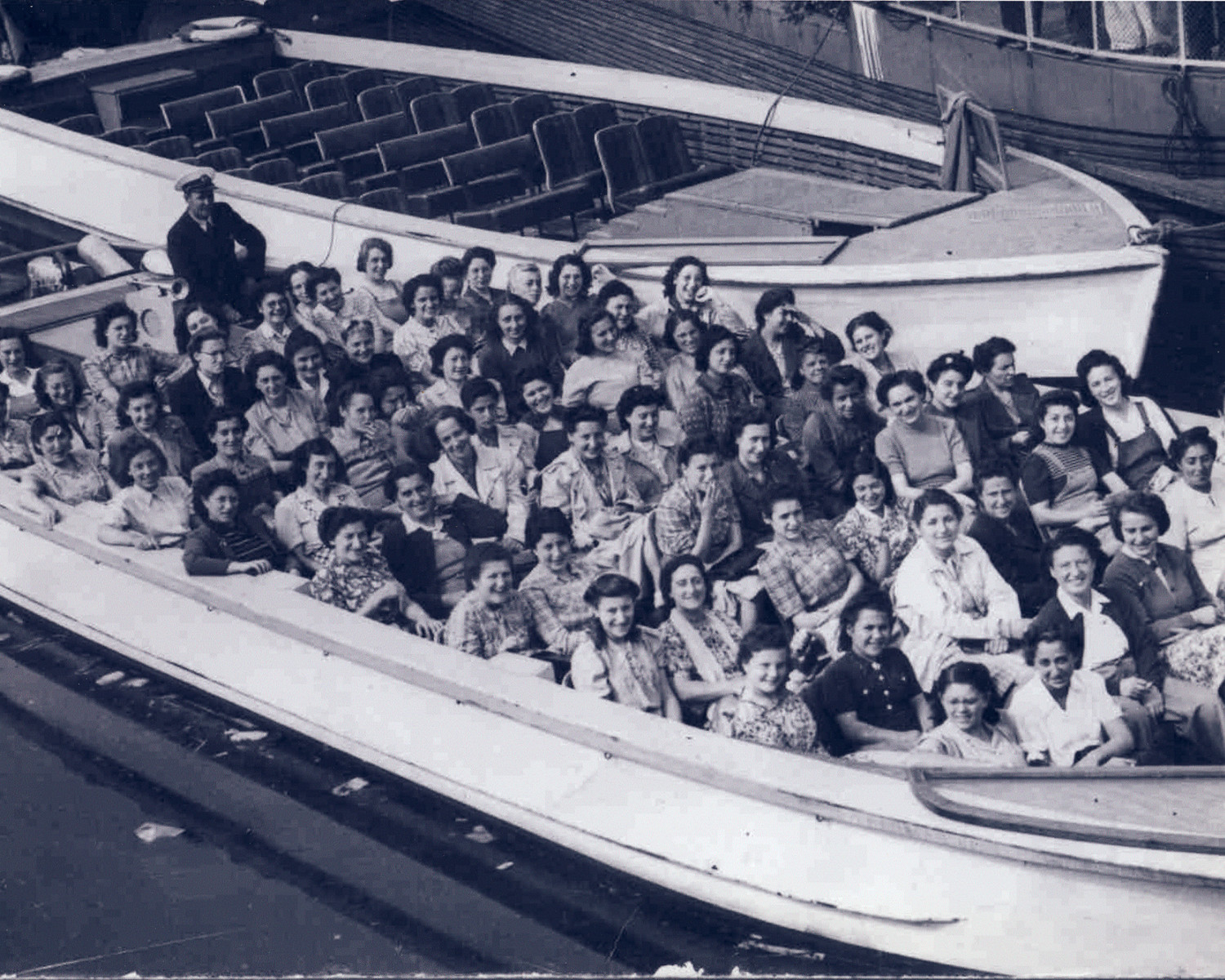 Female Dutch Jewish survivors who were part of the "Philips" group go for a boat ride in Goteborg, Sweden.

Biography
Helena Bromet (born Helena Mossel) is the daughter of Solomon (b. October 16, 1885) and Jansje Mossel (b. April 15, 1906). Helena was born on January 15, 1928 in Amsterdam where her father worked as a diamond dealer. Jansje died in 1942. The following year, on February 7, 1943 Helena was deported to the Vught concentration camp together with her father and grandfather Isaac. Isaac Mossel was later transferred to Westerbork where he perished. Solomon perished the following year. In Vught Helena worked for the Philips electronics company. Philips employed 1200 Jewish workers and provided them with better conditions than the other prisoners. At first the Philips workers were spared deportation, but on June 3, 1944, they were deported to Auschwitz. From Auschwitz Helena was taken to Hamburg in February 1945, and from there she was brought to Sweden with the Folke Bernadotte transport.