Grou portrait of faculty and students at the technical university in Verviers, Belgium. 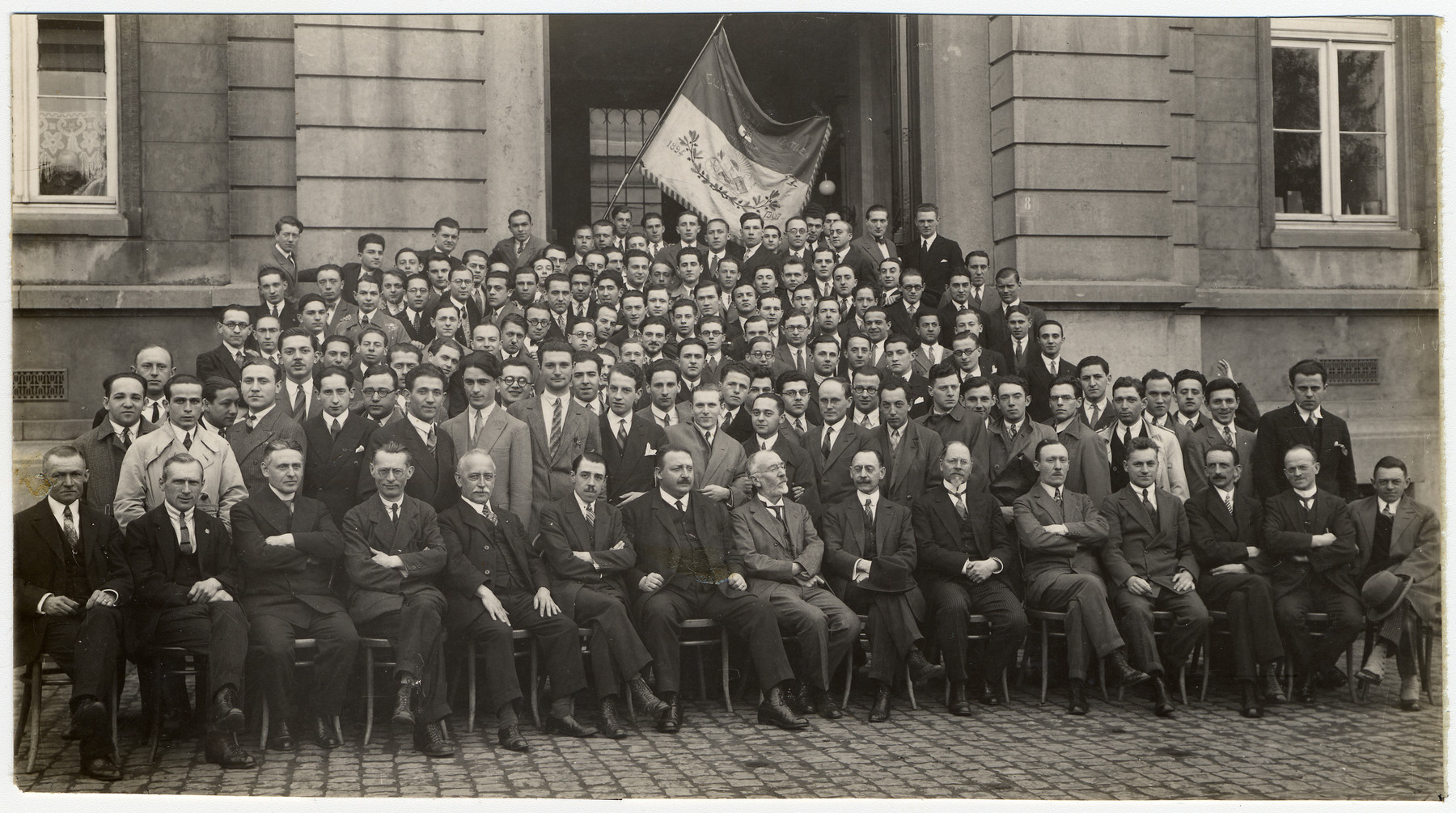 Grou portrait of faculty and students at the technical university in Verviers, Belgium.

Samuel Glasberg is pictured in the back row, fourth from the right.