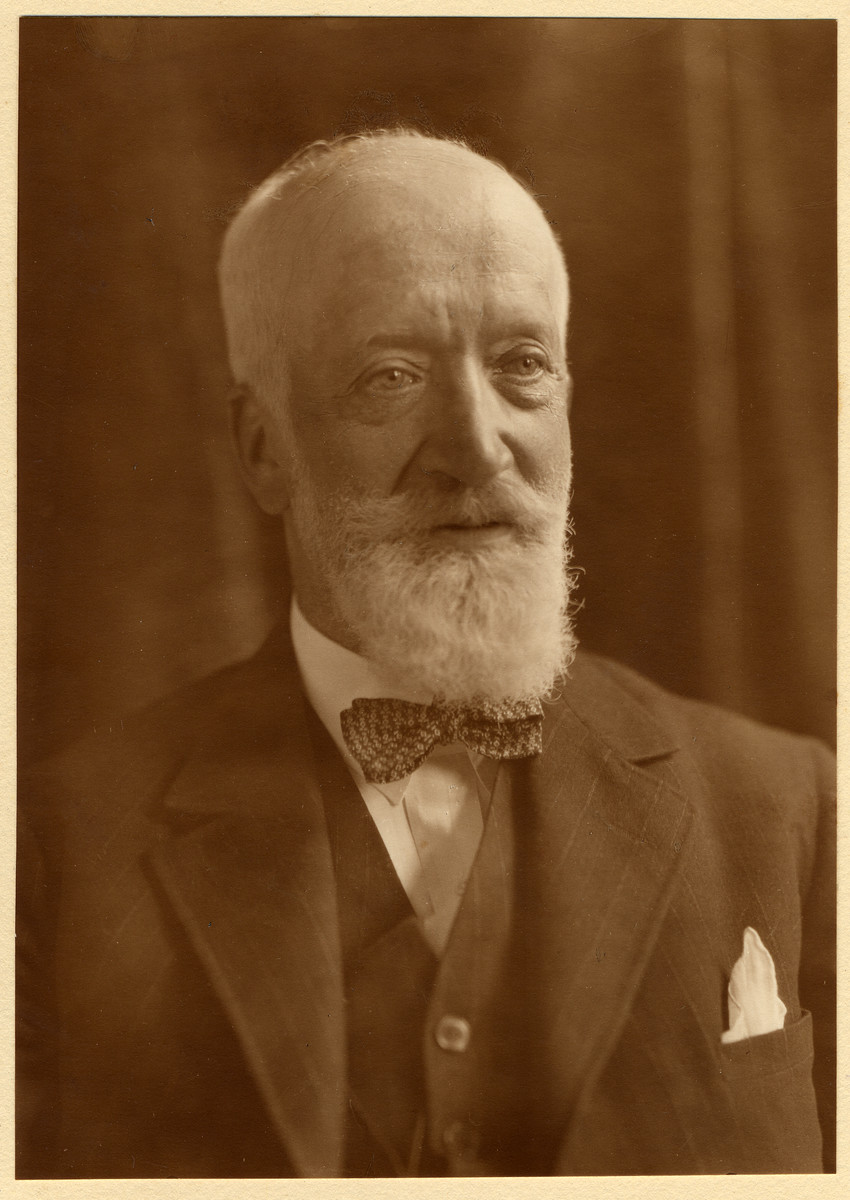 Biography
Julius Brodnitz was born in Posen in 1866. In 1894 he moved to Berlin to practice law and soon became one of the most eminent German-Jewish attorneys. He also was active in Jewish communal causes. He became a founding member of the Centralverein, an organization dedicated to combating antisemitism. He joined its board in 1900 and subsequently served on its legal committee and as president (1920-1936). He also served on the board of ORT. After the rise of Hitler, Julius Brodnitz became a founding member of the National Representation (Reichsvertretung) in 1933. Though not a Zionist, he actively promoted German Jewish immigration to Palestine. In March 1933, together with head of Zionist Federation of Germany he cabled the American Jewish Committee in New York asking them to stop ant-Nazi demonstrations in an unsuccessful effort to try to ward off threatened boycott. Julius Brodnitz died in June 1936 at the age of 69 from injuries sustained in an automobile accident. He was survived by three sons: Friedrich who headed the Federation of Jewish Youth Organizations in Germany, Otto who immigrated to the United States and Henry who immigrated to Palestine.