Ahmed Bey, the royal ruler of Tunisia, walks down the street. 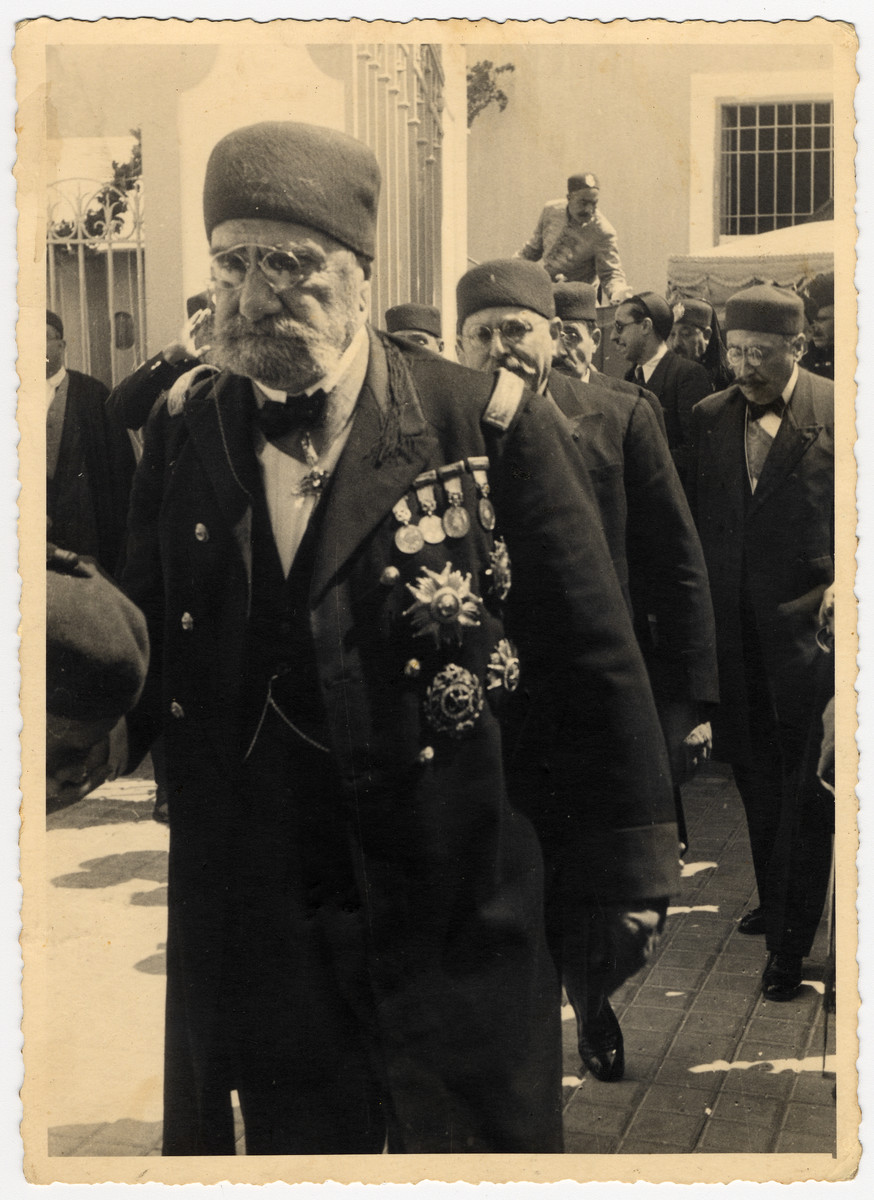 Ahmed Bey, the royal ruler of Tunisia, walks down the street.

Behind him is his prime minister Hedi Lakhoua and partially obscured is his Jewish physician, Dr. Emile Fellous.

Biography
Marc Fellous is the son of Dr. Emile Fellous a Tunisian Jew. Dr. Fellous worked as a physican and geneticist at the Institut Pasteur de Tunis, the hospital Charles Nicole and the Laboratoire de Cytogenetique. In 1938 he became the personal physician to Moncef Bey (Muhammad al-Munsif), the prince of Tunisia. In June 19, 1942 Moncef Bey succeeded his cousin Ahmed II Bey to the throne. Dr. Fellous was conscripted to join his former military company in 1942-1943. Moncef Bey opposed his going not only because he wanted him to remain as his doctor, but also to protect him. Furthermore, Moncef Bey heeded entreaties from the Jewish community and postponed evictions and "Aryanization." When the German military commander wanted to requisition the house and car belonging to Dr. Fellous, Moncef Bey again intervened on their behalf. Moncef Bey died in exile in September 1, 1948 in Pau, France.