Four resistance fighters on the banks of the Lake Ohrid, shortly after the town's liberation. 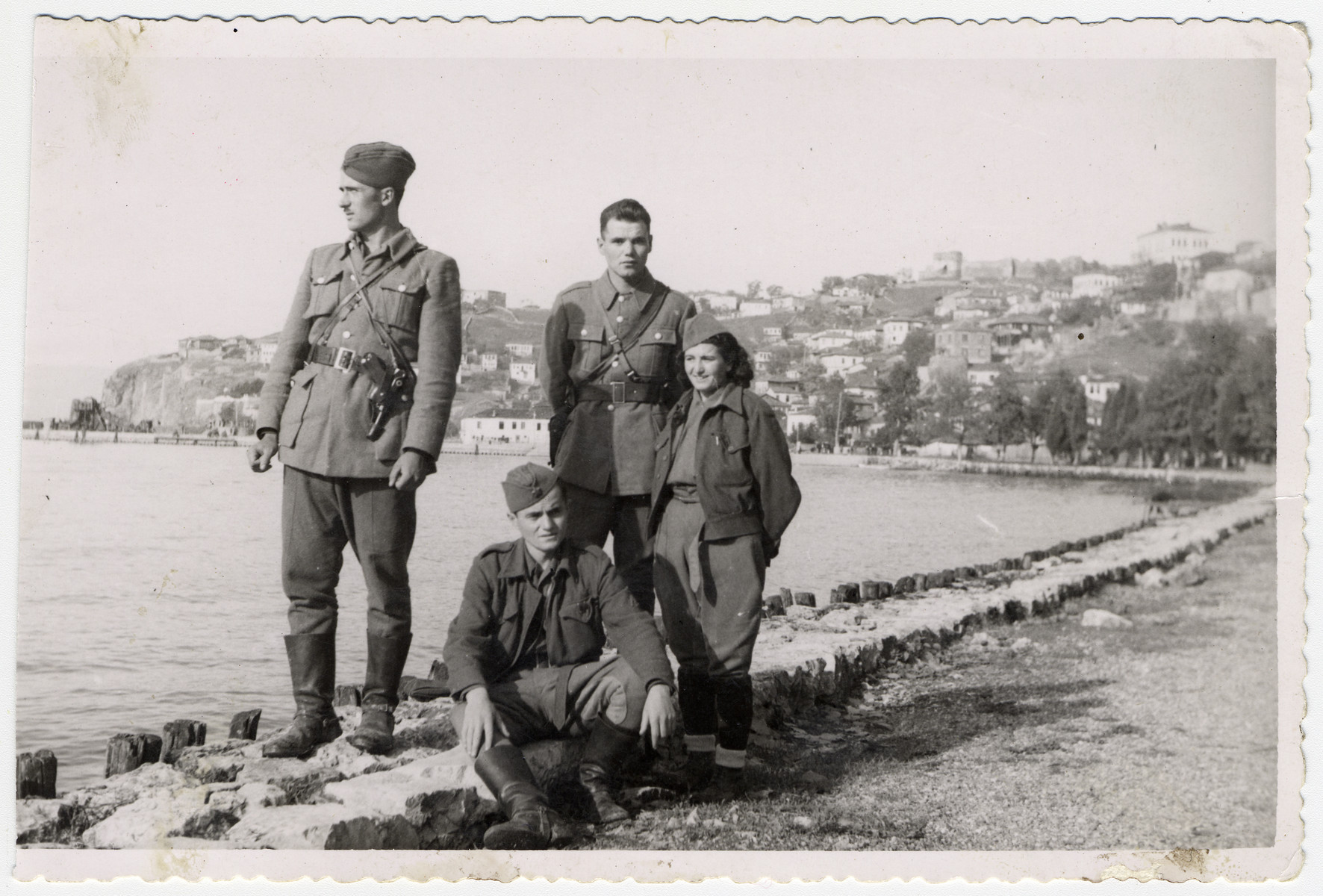 Four resistance fighters on the banks of the Lake Ohrid, shortly after the town's liberation.

Among those pictured are (left to right) unidentified officers (standing and seated), Chede Filipovski, and Commissar Jamila Kolonomos.