Portrait of a Macedonian partisan. 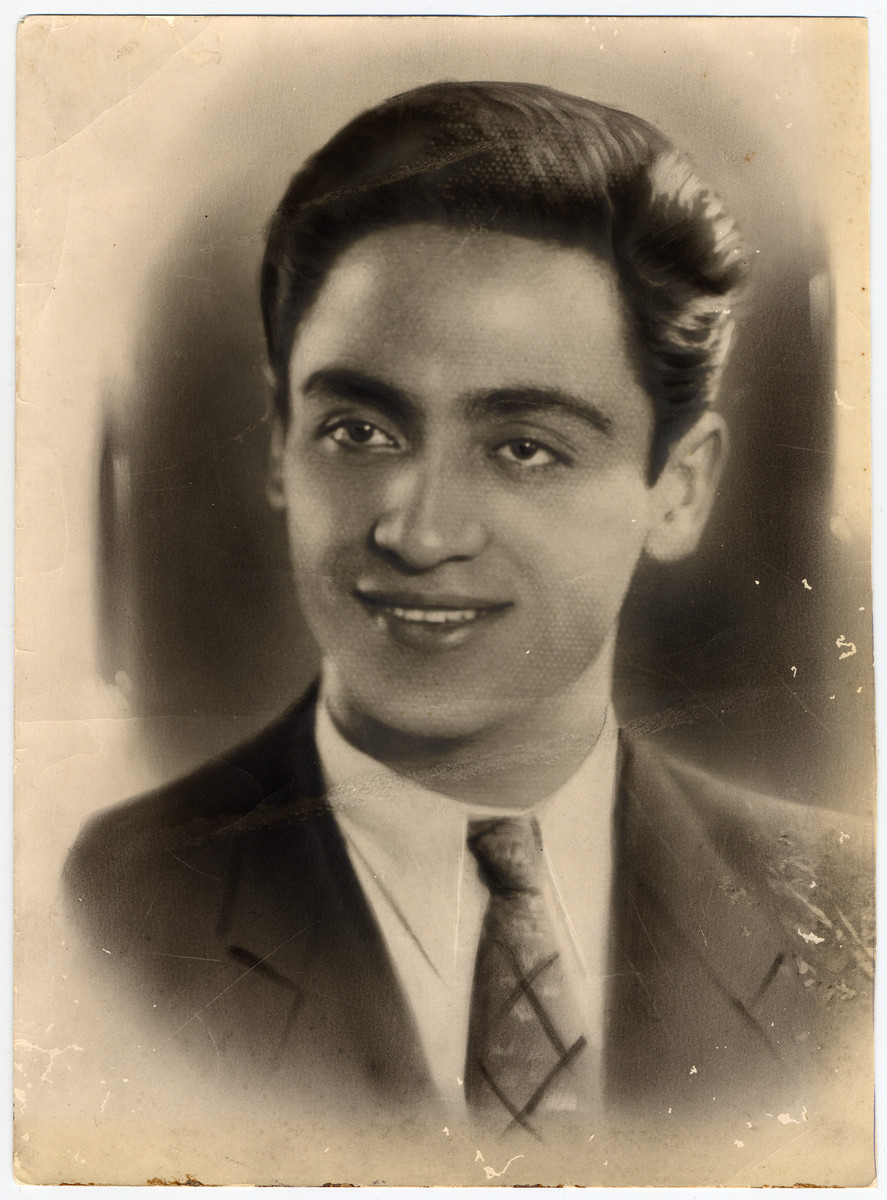 Portrait of a Macedonian partisan.

Biography
Josef Jakar was born in Skopje, Macedonia in 1920 to Salamon and Djentil Jakar. Nicknamed "Skipo," he joined the Macedonian partisan brigade of Brigade I sometime after March 11, 1943, the day of the mass deportations of Macedonian Jews. He was much-loved among the partisans, played guitar and sang Sephardic ballads, and was known for his beautiful voice. In July, 1944, he was killed in the village of Ljubaniste (near Ohrid) in a battle with Albanian facists and Germans. His gravesite is unknown.