Photograph of Walter Lande and his sisters, Lilli and Margarete, holding pigeons. 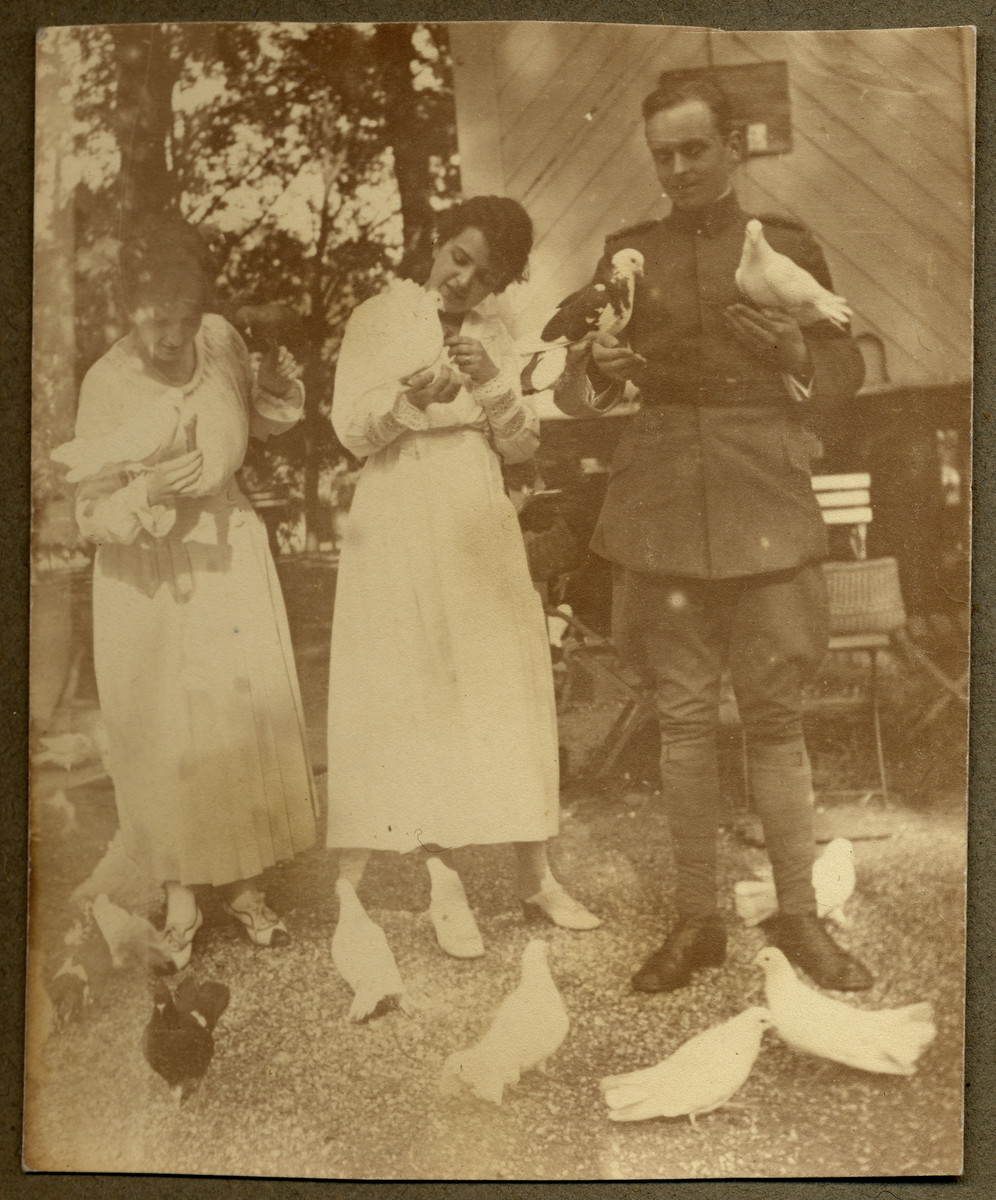 Photograph of Walter Lande and his sisters, Lilli and Margarete, holding pigeons.

Biography
Walter (b.1889), Lilli (b. 1892), and Margarete (b. 1894) were the children of Paul and Maria (Lippmann) Landé, a Jewish couple living in East Prussia who had converted to Christianity in the late 19th century. Although the siblings differed in their religious and professional paths, they shared experiences of increasing persecution from the Nazi state as a consequence of their Jewish ancestry.

Walter, the eldest, was married a non-Jewish woman and pursued a career in politics and education administration at the state level in Berlin. During the First World War Walter served as a medic on the western front and later went on the participate in the education administration of German-Occupied Belgium. Like many other civil servants of Jewish descent, he was ousted from his positions as a consequence of anti-Jewish legislation passed in April of 1933. Walter immigrated to the United States with his family in the mid 1930s in order to continue a teaching career.

Lilli, like her brother, pursued a career in education and became a teacher. She founded several homes for orphaned and destitute children where she provided instruction in a communal living environment. Lilli began the first of these homes at 24 and continued this work after marrying her husband Julius Ehrlich. After her marriage Lilli became an observant Jew like her husband. Although the education the Ehrlich's provided was areligious, the children the couple cared for at their home on the Bodensee were forced to leave in 1933 because many were non-Jewish. The couple went on to house and train Jewish students for eventual emigration. In 1937 the Ehrlichs and their remaining wards left Germany for Palestine.

The youngest Landé child, Margarete, studied philosophy and psychology in Munich. During her time at the university she met a fellow student by the name of Ludwig F. Clauss with whom she would maintain a relationship for many years. In the late 1920s and early 1930s Margarete and Clauss travelled together throughout the Middle East carrying out ethnological studies. For Margarete it was an opportunity to address questions about her identity and Jewish ancestry. Clauss's studies, meanwhile, furthered his theories about so-called "racial psychology" that would see him rise as a leading Nazi race theorist. Their relationship would come under investigation following denunciation by Clauss' second wife. Margarete survived the Holocaust in hiding in Germany with help from Clauss and his third wife. After a brief postwar stay with her sister and brother-in-law in Palestine Margarete returned to Germany.