Portrait of a Jewish couple and their baby son in the Deggendorf displaced persons' camp. 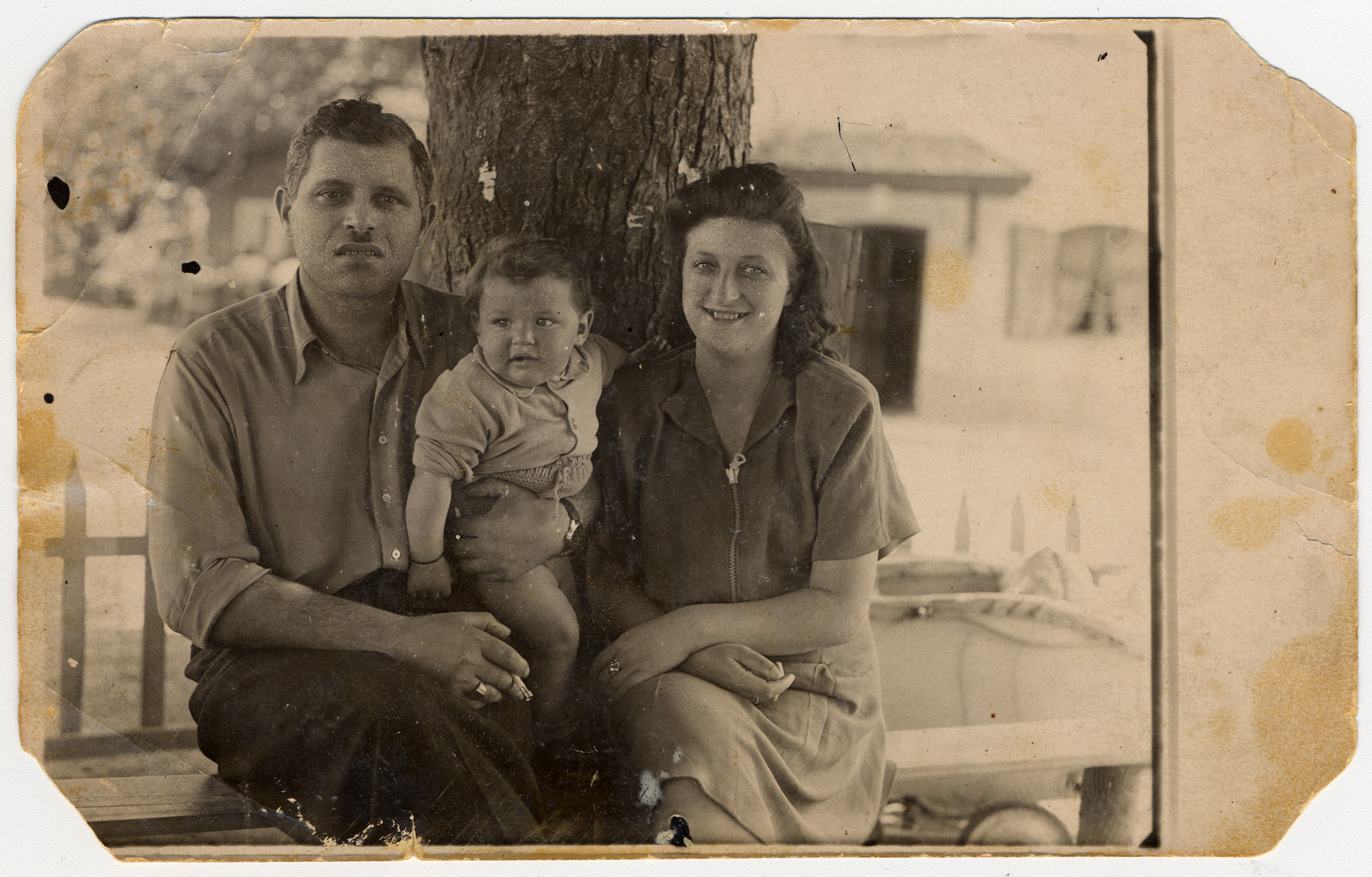 Portrait of a Jewish couple and their baby son in the Deggendorf displaced persons' camp.

Pictured are Moses and Mania Leinwand and their son Sidney.

Biography
Sidney Leinwand is the son of Moses Leinwand and Mania Pfeffer Leinwand. Moses Leinwand was born on January 14, 1907 and grew up on the outskirts of Przemyslany. The son of Osias (Yehoshua) and Chana Leinwand, he was the youngest of either seven or eight children. His other siblings were Baruch, Klara, David, Fraydl, Roza Chaja and Lea. His father died of natural causes before the war in 1937. Moses married before the war and had two children (The names of his first wife and children remain unknown.) Mania's family lived in Przemyslany itself. Her parents, Yankel Pfeffer and Shoshana Kahana Pfeffer owned a tavern. Mania Pfeffer was born February 3, 1921 and had two siblings, Yankl and Sheine. Her father was involved in communal activities, and the children attended Jewish religious schools. After the start of World War II, Przemyslany fell under Soviet occupation. Then, following the German surprise attack on the Soviet Union in June 1941, the town came under Nazi rule. Soon thereafter Germans and their collaborators began the mass murder of the Jewish population. Moses's two brothers, Baruch and Yaakov, were murdered in October 1941 together with Yaakov's wife and children. His mother Chana and brother David died the following year. At some unknown point his sister Roza Chaja and her family also were murdered. During one Aktion, Moses' wife and children hid in a bunker; Moses witnessed it explode killing his first family. He then escaped into the nearby woods in May 1942. There he met Mania Pfeffer who by now was also the only survivor from her family. She had witnessed her younger sister Sheine, whom she had tried to protect, killed by a firing squad. Moses proposed to Mania using a lump of sugar, and they married in the woods. Following liberation Mania and Moses returned to Przemyslany for four months and then moved to Krakow. From there they made their way to Germany and eventually to the Deggendorf displaced persons' camp where their son Sidney was born. In 1949 the family immigrated to the United States and settled on the Lower East Side.