Portrait of Richard Moser, Austrian rescuer and Righteous Among the Nations. 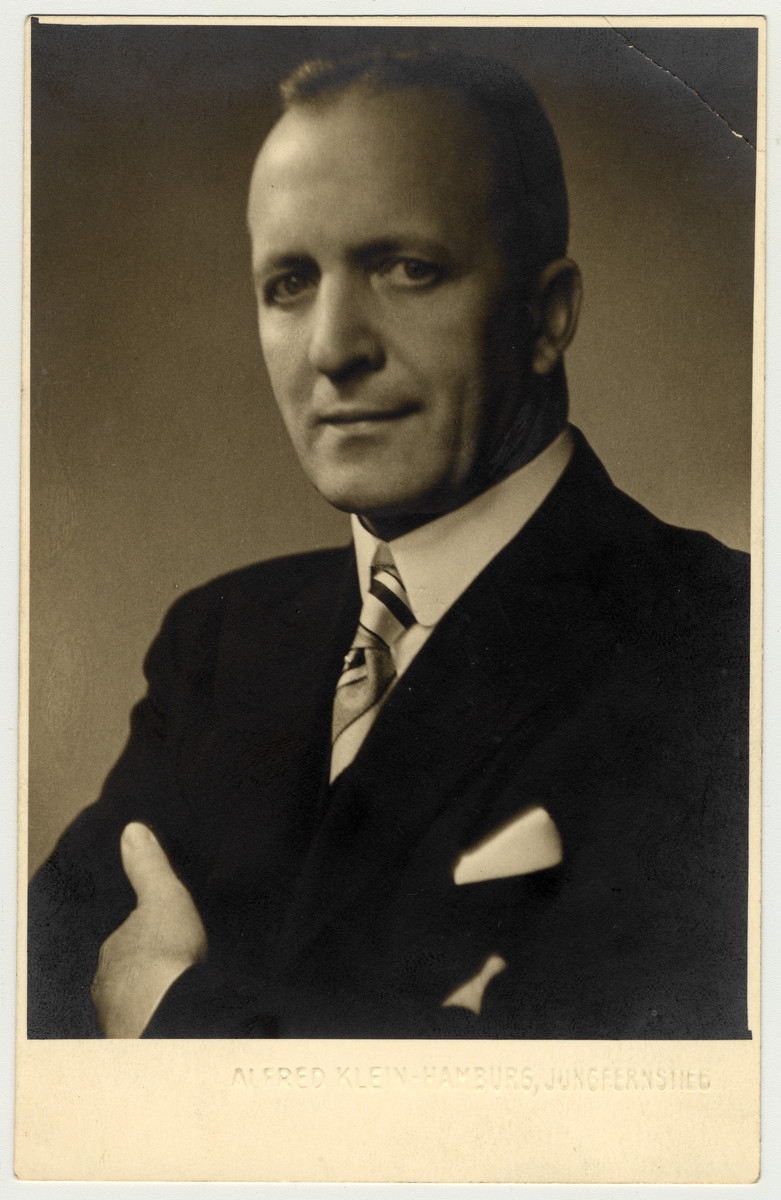 Portrait of Richard Moser, Austrian rescuer and Righteous Among the Nations.

Biography
Henny Bernstein (later Brener) is the daughter of Max Wilhelm (later William) and Bertha Bernstein. She was born in Hamburg 1936. Max Wilhelm Bernstein, the son of Polish immigrants, was born on September 13, 1910 in Hamburg Germany. He had four brothers: Ruben (b. 1907), David and twins Marcus and Leon (n. 1912). The family was religious and the boys studied at the Talmud Torah Realschule. Max Wilhelm worked for the import export film owned by Richard Ernst Moser (born May 13, 1885) and was in charge of grains and seeds. During the Kristallnacht pogrom of November 9-10, 1938, Max Wilhelm was arrested and sent to Sachsenhausen. His employer Richard Moser wrote to the Gestapo to secure his release, and Max Wilhelm was freed five weeks later. Moser also offered to hide the Bernstein family on his farm, but Henny's father refused not wanting to further imperil the Mosers. However, instead Richard Moser helped facilitate their emigration by asking a Dutch friend to loan them money on his behalf and thus circumvent the prohibition against removing money from Germany. The Bernsteins left Hamburg for Belgium, and from there they sailed to the United States on board the Queen Mary in April 1939. After their arrival, they settled in Brooklyn to join Max Wilhelm's brothers who had preceded him to America by a few months. The Bernsteins subsequently had three more children. Even after their emigration, Richard Moser continued to help by giving food and money to Henny's grandparents, Nathan Hersh Bernstein and Etel Bernstein nee Bernfeld. Moser's secretary Mrs. Zimmerman also helped them. Richard Moser also hid his brother-in-law Phillip Rappaport who was born a Jew and then baptized as a child. Though Max Wilhelm meanwhile tried all means at his disposal to try to get his parents to the United States, since they fell under the Polish quota, he never succeeded. In 1942 his parents were deported to Theresienstadt. Nathan Hersh Bernstein died there on April 17, 1943. Etel Bernstein was deported from there to Auschwitz where she perished on April 15, 1944. Bertha's parents also were killed.

Henny Bernstein later married Rabbi Pynchas Brenner who became the chief Ashkenazic rabbi of Venezuela. Due to her efforts, Yad Vashem recognized Richard Moser as Righteous Among the Nations in 2002.