Group portrait of the North African delegation to the 1944 War Emergency Conference of the World Jewish Congress. 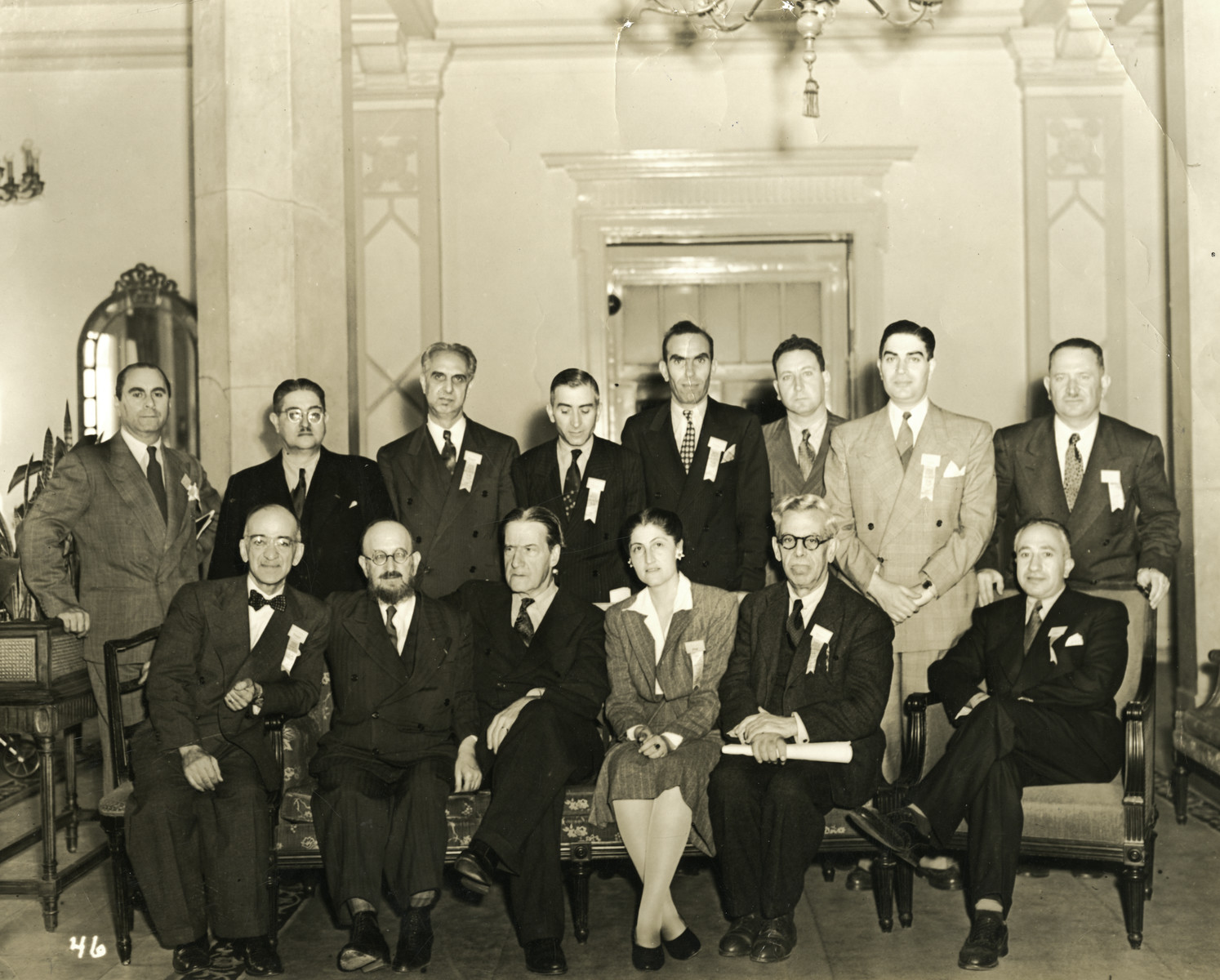 Group portrait of the North African delegation to the 1944 War Emergency Conference of the World Jewish Congress.

Biography
Mathilde Cohen Tagger is the daughter of Prosper Cohen (b. Meknes 1909) and Laurette Moyal (b. Oran, Algeria, 1911). Her parents married on September 25, 1932 in Meknes. Mathilde was born in Tangiers on August 31, 1933. Both of her parents were teachers for the Alliance Israelite Universelle Schools in Morocco. He came from an Orthodox family, but after his marriage the family ceased to be observant. They only celebrated the Jewish holidays if they were invited to the home of relatives. Prior to 1939 the family lived in Meknes and Fez, but later her parents were also sent to teach in other different locations where they were most needed. In 1938 Mathilde's father began to study law. Mathilde attended a French government school. Though new racial laws led to the expulsion of most Jewish children, and she was allowed to continue due to the fact that her parents were teachers. Most other Jewish children attended the Alliance Israelite schools. In 1941 the family lived in Mogador; Mathilde was in second grade. Her school distributed stickers of Petain to put on the books, and Mathilde stood up and tore off the sticker of Petain in front of the class. Mathilde was taken to the principal's office and her father was called in to talk to him. It turned out that the principal belonged to the same resistance group as her father. He therefore only expelled her for two weeks in a show of solidarity with the regime. From Mogador the family was relocated to the village of Azemmour where they lived from 1941 until June 1945 since her parents were obliged to teach in smaller communities in return for the four years of studies that they had received from the Alliance Israelite system. Three hundred Jews lived there and eighty attended school. Mathilde's father continued to study law through correspondence courses.

Prosper also headed the Zionist Federation of Morocco and served as its representative at the War Emergency Conference sponsored by the World Jewish Congress, in Atlantic City, NJ in November 1944. In November 1948 the family immigrated to Israel, and Prosper worked for the Jewish Agency for one year helping with the large wave of immigrants that arrived from the North African countries. After that he passed the bar exam in Israel and opened a law office in Tel Aviv. Laurette taught high school French. Mathilde married to Aaron Tagger, survivor from Sophia, Bulgaria and has three children and eight grandchildren. She is head of the special interest group of the Sephardic Genealogy organization of Israel and head of the research and development team. She worked earlier as the Scientific and Information officer at the Hebrew University and the Ministry of Science.