Henriette Bassfreund, the sister of Ismar Bassfreund, plays the piano in her home in Berlin. 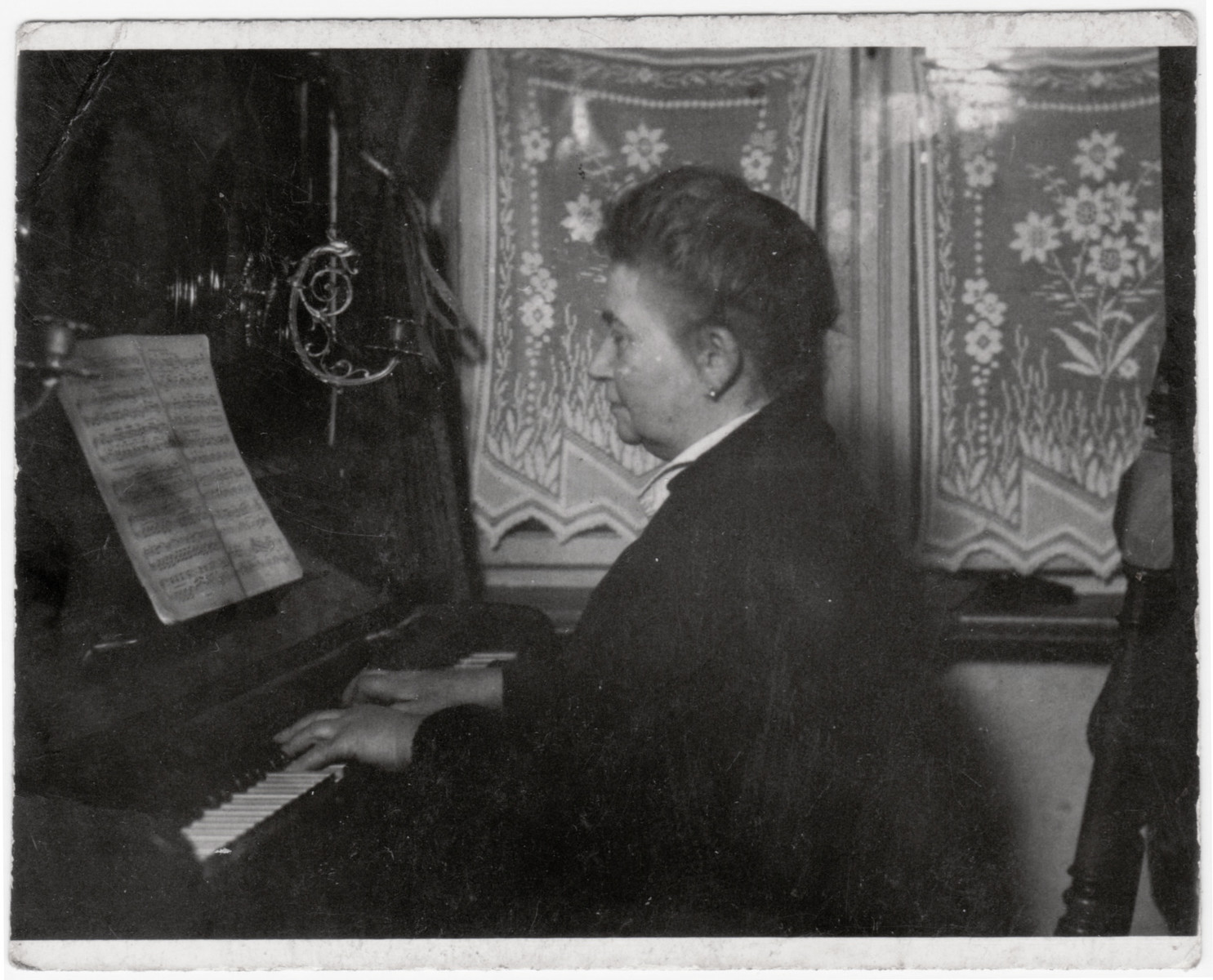 Henriette Bassfreund, the sister of Ismar Bassfreund, plays the piano in her home in Berlin.

Biography
Siegfried (Sydney) and Marion (nee Bassfreund) Kulmann (later Kay) were the parents of the donor, Hilary Dalton. Siegfried was born in August 1910 in Hannover to Joseph and Klara Kulmann. He had three brothers Walter, Hans and Wolfram. After his mother died in the 1918 influenza epidemic, his father married her sister Henny. Joseph passed away from natural causes in 1938. The following year, Siegfried immigrated to the United Kingdom in May 1939. On his arrival he was sent to Kitchener Camp in Sandwich, Kent, a refugee camp established by the Jewish Refugee Committee in England. They rented a former World War I military camp in southeast England to house Jewish male refugees from Germany and Austria between the ages of 18 and 40, and the refugees were not classed as prisoners and were free to leave the camp as they wished. They were also taught English and the general way of life.

Marion Bassfreund was the only child of Lucie and Ismar (Ike) Bassfreund. She was born in Berlin on March 5, 1921. Marion met Siegfried while in Germany, and she left Berlin in August 1939 to join him in England. Her cousin, Jo Jacobsthal, who was allegedly involved with the Dutch underground movement, assisted her. She arrived in Harwich, England on 28th August registered with the British Police on September 1, 1939 (the same day that World War II broke out). Sydney and Marion married in a civil ceremony on December 2, 1939 in Ramsgate (the town adjacent to the Kitchener camp). They had a religious ceremony the following day. Sydney left the camp later that month, and he and Marion moved to London; they survived the Blitz in underground tube stations. They became naturalized citizens in 1948 and about that time moved to Leeds.

Marion's parents were deported from Berlin to Kowno Lithuania on November 19, 1941. They were sent straight to the Ninth Fort where they were shot and killed.

Walter Kulmann was born 11/25/1905. He was taken to Sachsenhausen just before Kristallnacht but with many others was released about 6 weeks later. He then fled to Shanghai with his step mother Henny Kulmann, who by then was a widow. Shanghai at that time was one of only a few places that had open borders to refugees. Whilst in Shanghai Walter met his future wife Tania. He sailed from Shanghai to the United States at the end of November 1947 on the SS General Gordon. Tania arrived in San Francisco on November 02, 1950and they were married in Reno Nevada on November 3rd 1950.

Hans and his wife Agathe left Berlin and immigrated to South America. They later moved to the United Sates and then in their latter years went back to live in Berlin. Wolfram came to England with his wife Dolly and had one daughter.