Group portrait of young people in Kisvarda dressed in their Purim costumes. 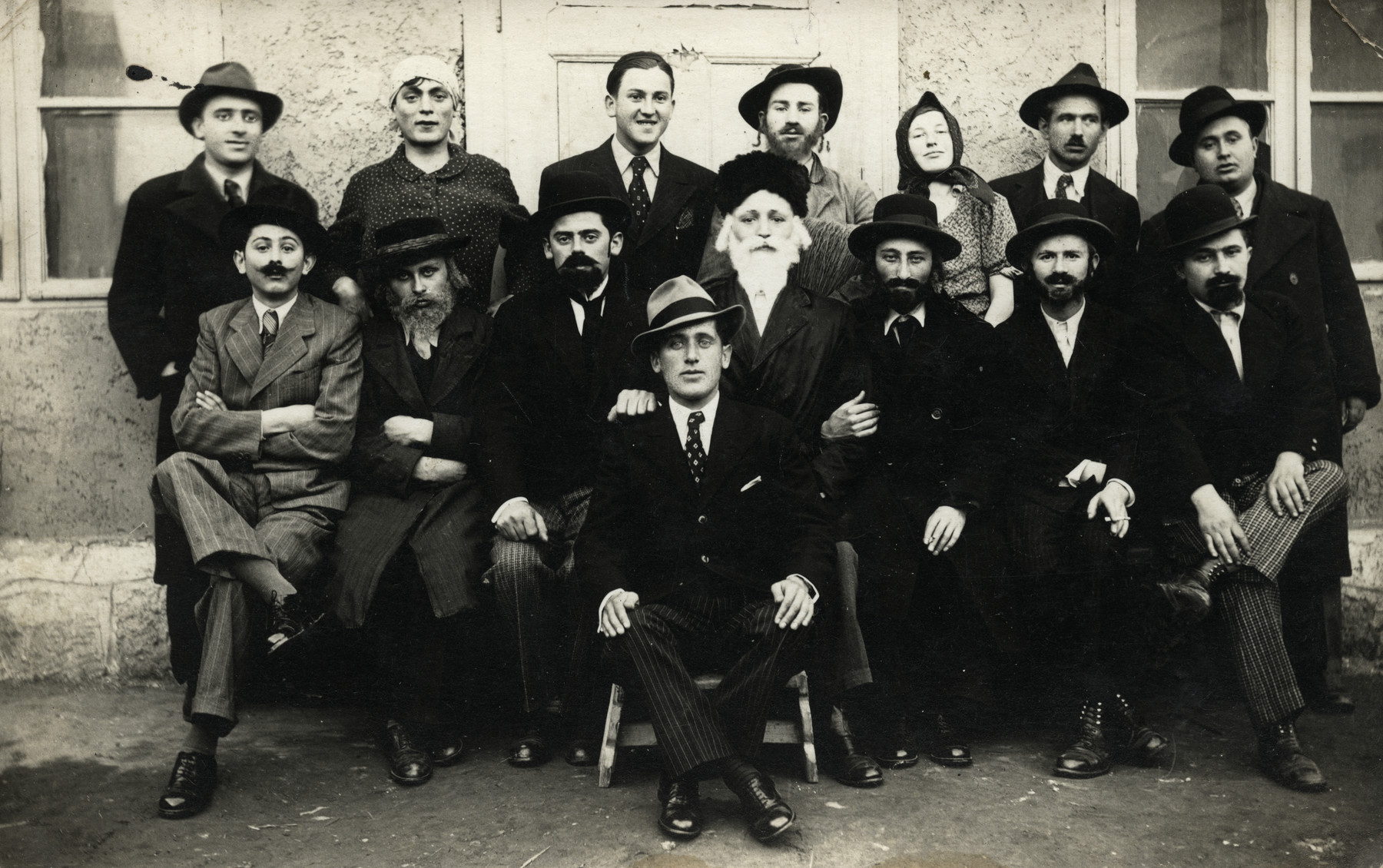 Group portrait of young people in Kisvarda dressed in their Purim costumes.

Moshe Steiger is sitting to the bottom right.

Biography
Lili Deutsch and Judith later Hartman (born Lili and Judith Scharf) are the daughters of Herman Scharf (b. 1887 Verestzke Carpatho-Russia) and Rosa Steiger (b. 1888 in Berezna). Herman Scharf owned a grocery and alcoholic beverages store. Judith was born on December 15, 1921 and Lili was born on December 29, 1926 in Kisvarda. A large Orthodox family, they had five older siblings -- Helen (later Kahane, b. 1910), Alex, Zippora (Magda), Esther, Mishka (Moshe, b. 1918), and a younger brother, Bondy (Yitzhak). In 1934, 1935, and 1936 Alex, Esther and Zippora immigrated respectively to Palestine. The rest of the family remained in Carpatho-Russia which soon fell under Hungarian rule. The Hungarians conscripted Mishka for forced labor and sent him to the Ukraine. While on route he was shot. In March 1944 the Germans seized control of Hungary. Shortly after Passover Lili, her parents and younger brother Bondy were sent to a ghetto in Kisvarda. They received a letter from Judith, who was active in Zionist youth movements and living elsewhere saying she was en route to Palestine, so they assumed that one member of the family was safe. Shortly after Shavuot, Lili, her parents and Bondy were deported to Auschwitz. Herman and Rosa Scharf were gassed upon arrival. Bondy was selected for slave labor but later died in Dachau. Helen, the oldest daughter who was already married, was deported separately and also perished in the Holocaust.

Lili was selected for slave labor. When she arrived in Auschwitz she was shocked to learn that Judith was also there. Judith had been caught, imprisoned and also shipped to Auschwitz. Lili was separated from her sister sent to concentration camp Birnbaumel bei Trachenberg where she dug anti-tank canals (moats). She was then sent on the death march to Bergen-Belsen enduring snow and mud and other humiliations. She witnessed young women being shot for hitting their shoes in order to get snow off them. After liberation she remained in Bergen-Belsen where she worked as a typist and was active in Hashomer Hatzair. Lili tried to immigrate to Palestine. Unsuccessful the first time, she was sent back to Dusseldorf from Belgium. She then went to Italy and finally arrived in the newly declared State of Israel on the ship Moledet on June 6, 1948.

Her sister Judith was sent from Auschwitz to Weisskirchen concentration camp in Austria. She remained there for half a year working in the arms factory until liberation in May 1945. She legally immigrated to Palestine from Romania with Hashomer Hatzair on October 29, 1945 on the "Transylvania". After going to a training camp, she helped found Kibbutz Yechiam and then Vav Artzi and finally moved to HaOgen.