Unauthorized Salvadoran citizenship certificate issued to Rose Meyer (b. October 12, 1871 in Guebviller, Alsace) by George Mandel-Mantello, First Secretary of the Salvadoran Consulate in Switzerland and sent to her residence in Lyon. 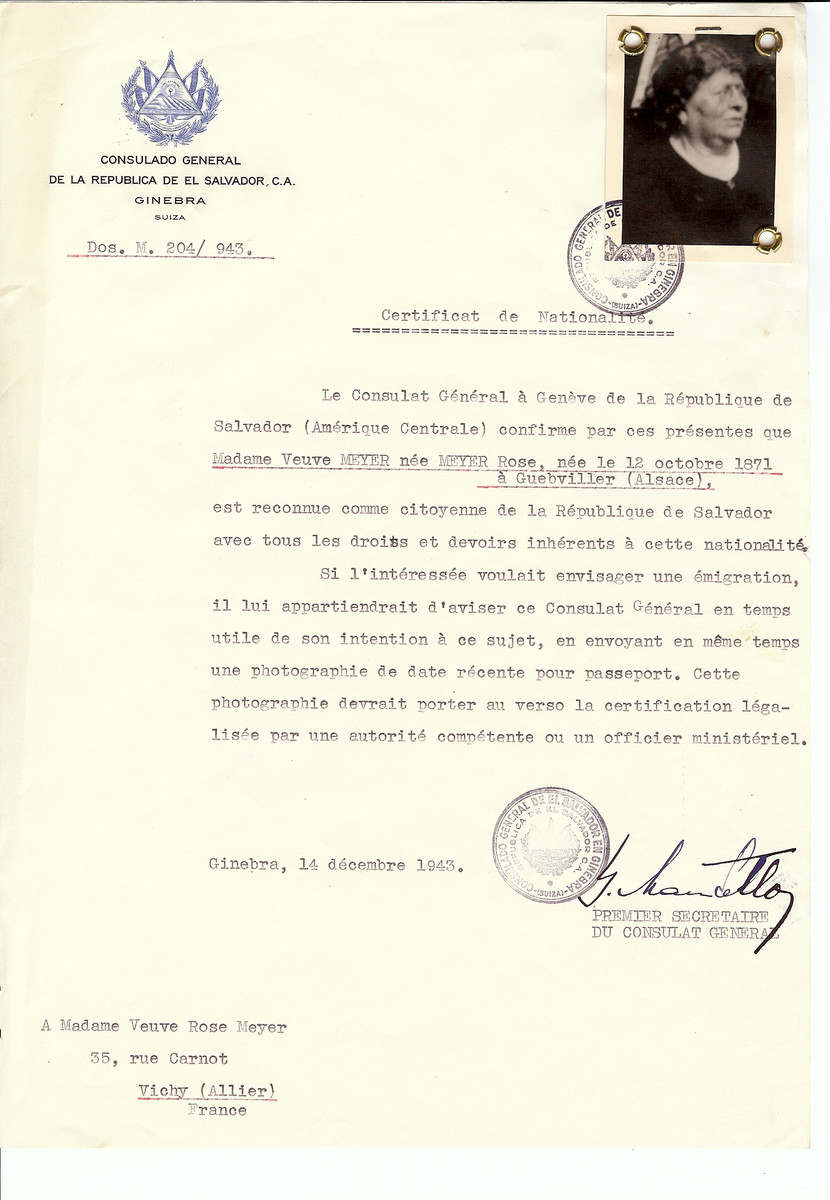 Unauthorized Salvadoran citizenship certificate issued to Rose Meyer (b. October 12, 1871 in Guebviller, Alsace) by George Mandel-Mantello, First Secretary of the Salvadoran Consulate in Switzerland and sent to her residence in Lyon.

Rose Meyer was the daughter of Jacques and Fanny Brunschwig, and the wife of Ernest. She lived at 90, rue de la Marne in Vichy.as deported to Auschwitz on Convoy #74 and perished there on May 25, 1944. [ A certificate for Rose's daughter and husband can be seen on worksheet 85870.]