Denise Bloch poses with the children in her care [probably in Les Mirabelles]. 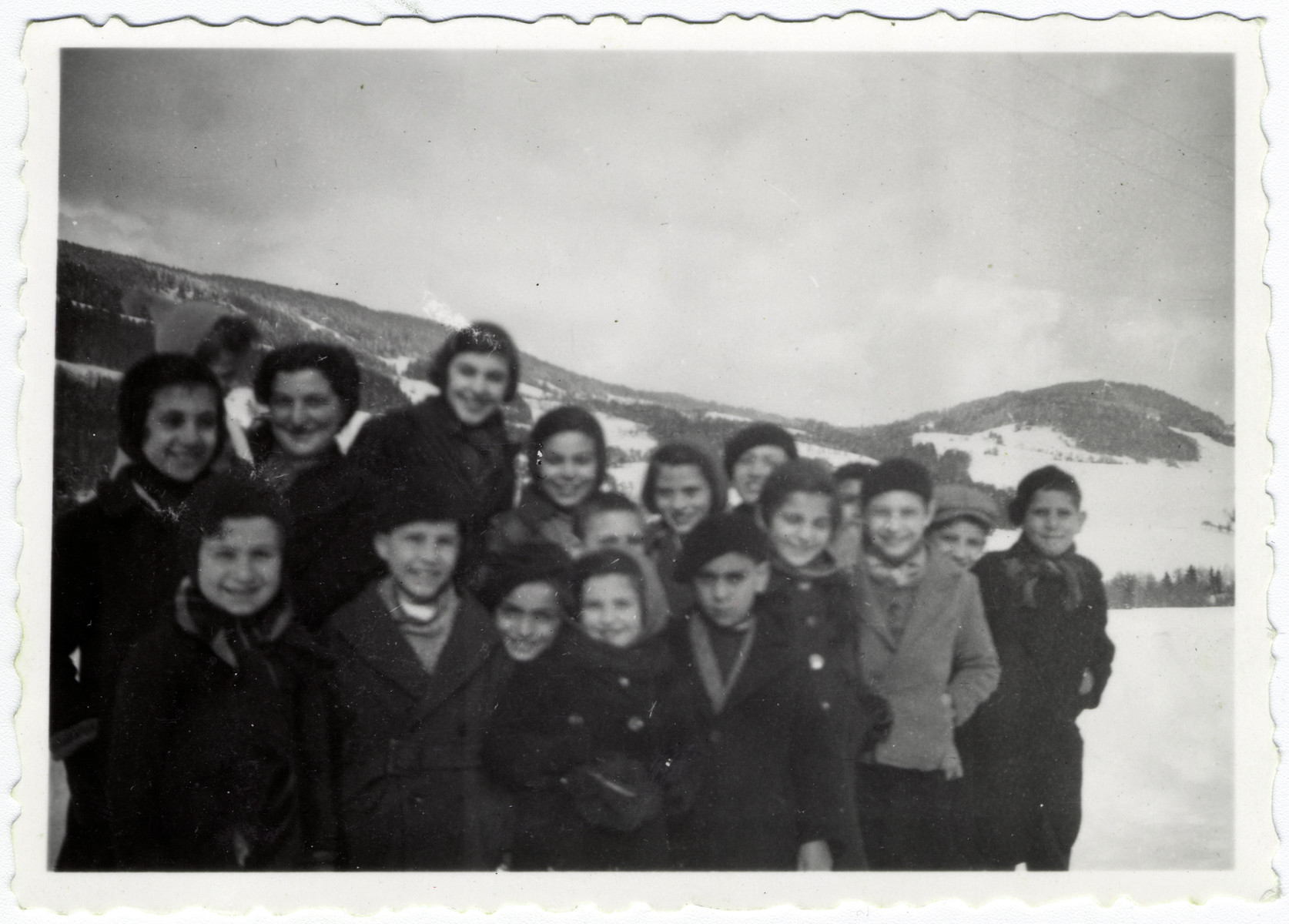 Denise Bloch poses with the children in her care [probably in Les Mirabelles].

Biography
Denise Lazar (born Denise Bloch) was born on 1/27/22 in Muttersholtz, Alsace near Strasbourg. Her father, Maurice Bloch sold linens and dry goods, and her mother, Alice Bicard Bloch worked at home. She was the second of four children. Her older brother, Lucien (b. 1921) served as a courier for the French resistance. He was arrested in Oyonnax in 1944 and transported to Auschwitz where perished on a death march. Her younger sisters, Simone (b.1931) and Margot (b. 1935) both survived, as did her parents.

In 1939 Denise was studying in a teacher seminary in Strasbourg, when the school evacuated the area and relocated to Périgueux in southern France. In 1940 Vichy laws prohibited Jews from attending schools, but Denise continued her education illegally for one more year. In 1941 she left the school to work as a babysitter to a minister who was a friend of her principal and provided her with a false, Christian identity. Meanwhile, Denise's parents and sisters moved to Gérardmer in the Vosges region. They lived openly as Jews wearing the yellow star. When the order came for their deportation on Purim, 1944, a friend of Denise from the underground gave them "real" false papers and got them through the mountains to Paris. These papers were authentic because they were issued on the basis of an affidavit of a priest whom they had never met who had sworn on a bible that they were Christians. Alice, however, despite the danger, kept a page of a siddur with her at all times. In 1941, Denise began work in an OSE children's home in 1941 in Mirabelles near the Swiss border. Many Jews passed through this area on route to shelter in Switzerland. Though this home existed from 1941-1942, Denise worked there only in 1941. She then was approached by Fannie Schwab, an acquaintance from Strasbourg who worked for UGIF (Union Générale des Israélites de France) . She asked Denise to work as social worker for UGIF. Her first job consisted of traveling around the area by bicycle to do relief work and offer assistance and funds to refugees. She worked first in Périgueux and then in Châteauroux. Her job changed in the beginning of 1943 once deportations began. Working for UGIF, she persuaded Jewish families to place their children in hiding and brought them to willing farmers who sheltered them for the duration of the war. Denise was responsible for conveying some 80 children to hiding places. She kept a list of the children's real names, assumed names and hiding spots hidden in the lining of her hat. In Châteauroux the UGIF and OSE worked together in one united Jewish underground, and both organizations deserve credit for rescue. Much of the credit for the successful rescue work was the result of the foresight and energy of the local UGIF director, Odette Schwob.

In the end of 1944 Denise was in Toulouse working for Jewish resistance called Le Cinquiem Column (Fifth Column). She was instructed to accompany a Polish woman to safety to Spain. However when they stopped for the night, the Polish woman ran into an old friend, and the two went their separate ways for the evening. This ended up saving Denise's life, because that night the Gestapo raided the hotel where she was staying in Montpellier. They searched every room and ended up arresting three-fourths of the people in the hotel. The Gestapo searched Denise's room, but never found the list of children whom she kept hidden in her hand in a pajama pocket during the search. After the Gestapo left, she burned the list in case they returned. She was in Toulouse during liberation. Her last mission was to tell a friend that their family had all been killed. After the war she accepted a fellowship from OSE to study educational counseling in Paris.