Communist grave marker in Bergen-Belsen sent to the donor by her friend Heniek on the anniversary of the Russian Revolution. 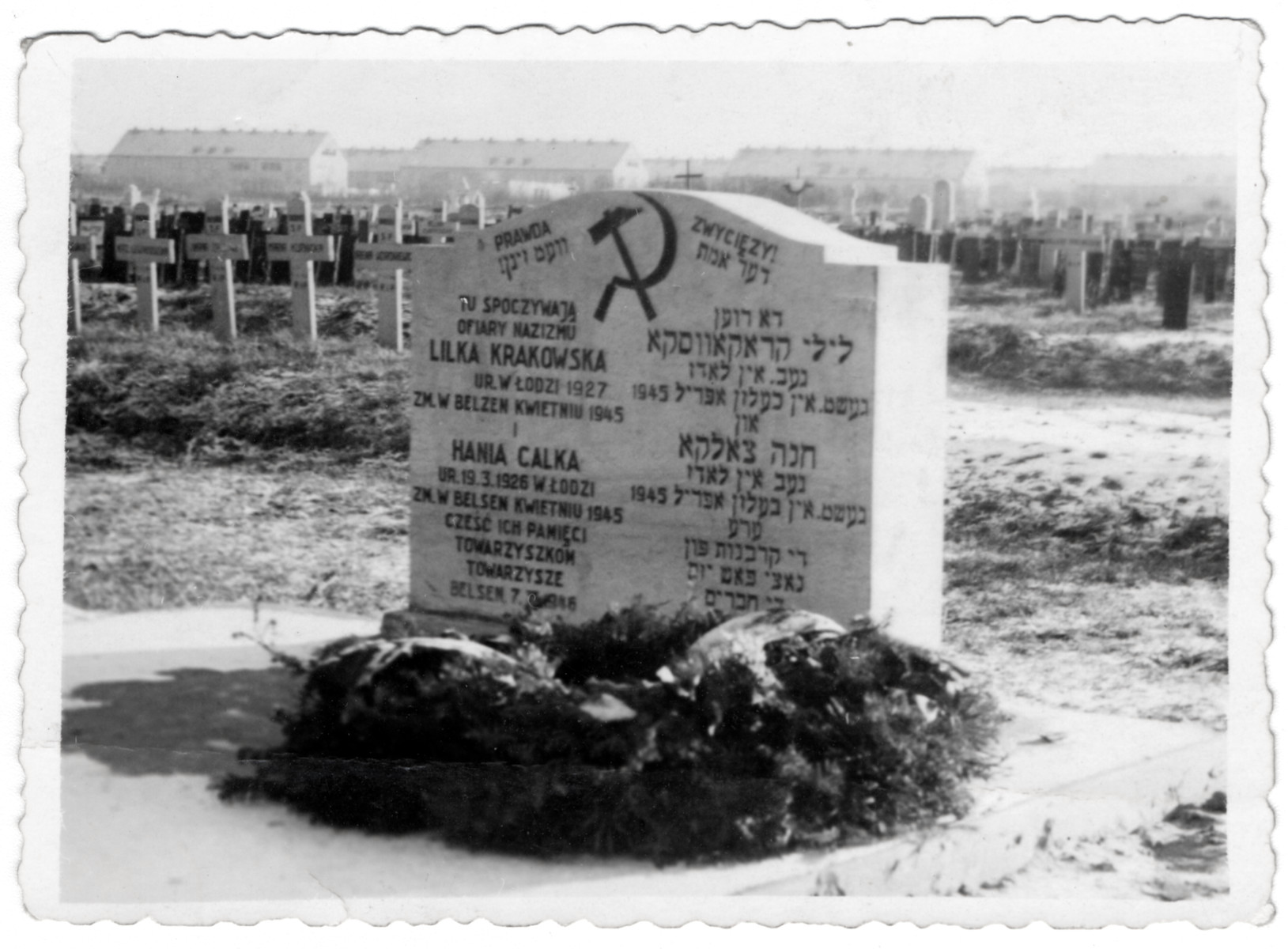 Communist grave marker in Bergen-Belsen sent to the donor by her friend Heniek on the anniversary of the Russian Revolution.

Biography
Terese Stiland (born Matla Rozenberg) is the daughter of Avrum Rozenberg and Frymet Kierz (b. 1900, Piotrokow Tribunalski). Matla was born in Czestochowa on July 2, 1925. She had six younger brothers and sisters: Sano (b. 1927), Malka (b. 1929), Baila (b. 1930), Grino (b. 1932), Yossel (b. 1933) and Berel (b. 1934). All of her siblings as well as her mother were killed in Treblinka in 1942. Also, most of the Kiersz family from Piotrokow was killed including Matla's grandparents, David and Ester Libo Kiersz, and several aunts and uncles: Mariam Kiersz, Malka Kiersz, Cypora Kiersz, Yakub Kiersz , Motel Kiersz, Malka Kiersz and Szulim Kiersz. Most were killed in Auschwitz following the liquidation of the Lodz ghetto; Malka Kiersz disappeared somewhere in the Soviet Union.

After the war, Matla married Moniek (Moshe Wolf) Sztilman (later Mario Stiland). Moniek was born in Dabrowa Gornicza on October 20, 1924. He survived deportations to the Blechhamer and Gusen concentration camps. His parents (Szlomo and Esther Gitla (nee Himelfarb) Stzilman and his three sisters Lea, Mala and Dvora all perished in the Holocaust.