Unauthorized Salvadoran citizenship certificate issued to Imre Vidor (b. 1896 in Nagykanizsa) by George Mandel-Mantello, First Secretary of the Salvadoran Consulate in Geneva and sent to him in Nagykanizsa. 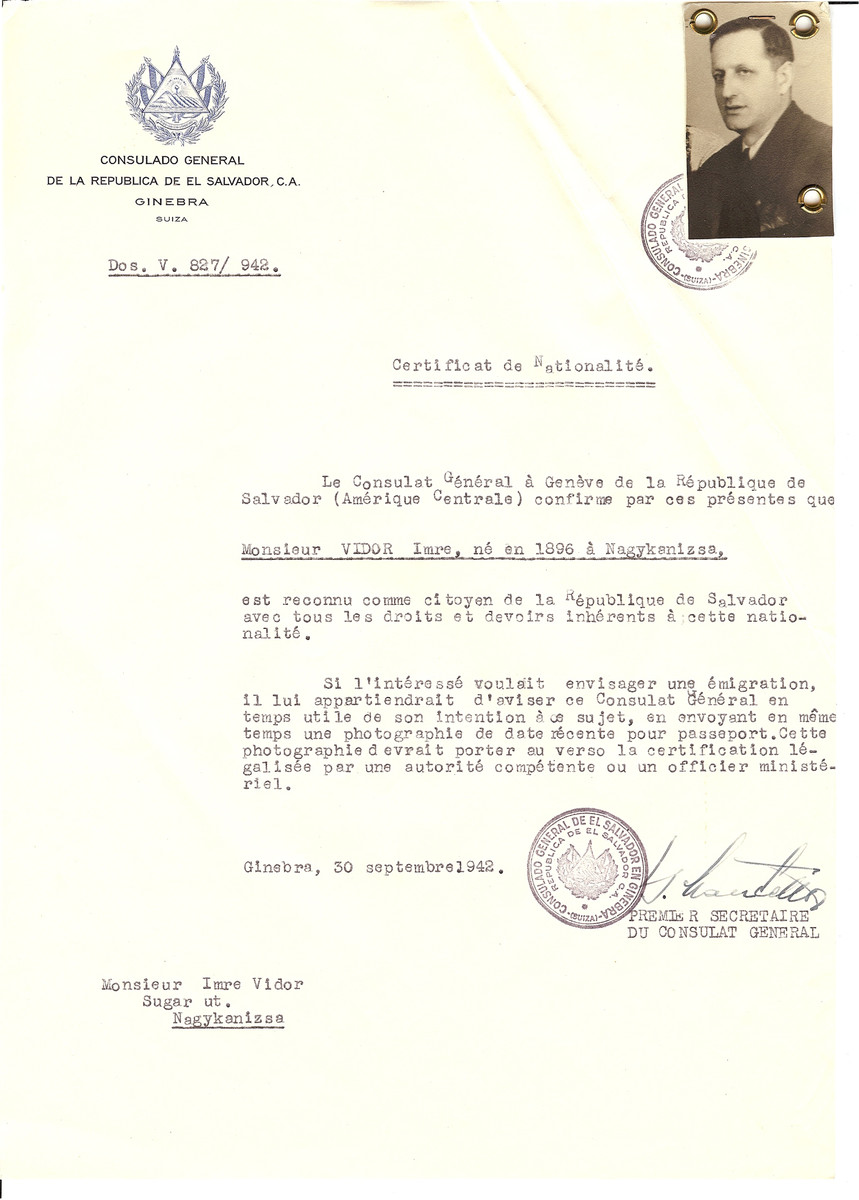 Unauthorized Salvadoran citizenship certificate issued to Imre Vidor (b. 1896 in Nagykanizsa) by George Mandel-Mantello, First Secretary of the Salvadoran Consulate in Geneva and sent to him in Nagykanizsa.

Imre Vidor was deported April 26th 1944 from Nagykanizsa to Auschwitz. From there he went to Wuestegiersdorf, where he performed orced labour repairing railway tracks. He then was sent on a death march and in open railway carriages through Bergen-Belsen to Hildesheim, where he died from exhaustion on March 24,1945. He was buried in the Jewish Cemetery Hildesheim amongst the "9 unknown victims."