Studio portrait of Maurice and Marguerite Finkelstein, cousins of the donor. 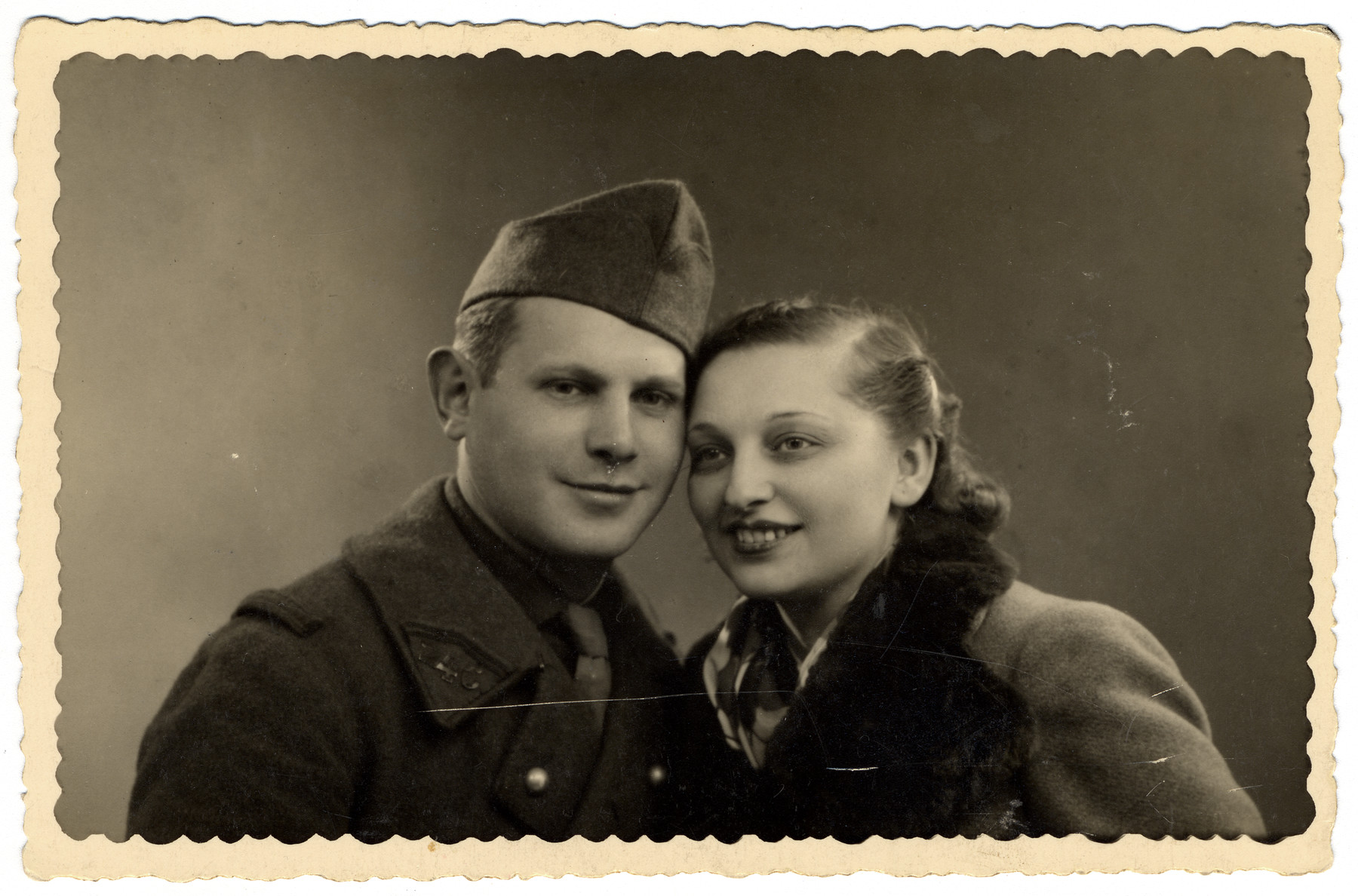 Studio portrait of Maurice and Marguerite Finkelstein, cousins of the donor.

Biography
Colette Flake-Bunz (born Colette Flake) is the daughter of Maurice and Gabrielle Flake. Maurice, a shoemaker and shoe salesman, was born in Vilkomir, Lituania, on April 24, 1887 and Gabrielle was born in Jassy, Romania on December 18, 1897. Colette was born in Paris, France on December 20, 1930 and lived with her parents in the 12th arrondissement. Her older sister, Suzanne was born on January 13, 1913 and lived in her own apartment. In May 1940, Germany invaded France. The Flake family was arrested in the fall of 1941, but since Colette was born in France, they were released. On July 16, 1942, a friend of Gabrielle informed her that there would soon be a massive round-up of Parisian Jews. This round-up would be known, in history, as the "Velodrome d'Hiver round-up". Gabrielle took Colette to live with her cousin, Marguerite Finkelstein. Since Marguerite's husband, Maurice, was a French POW, she was exempt from deportation for the time being. Maurice and Gabrielle Flake then hid in Maurice's store. However, they returned briefly to their apartment to get some things and were arrested on September 30, 1942. After first being interned in Drancy, they were sent to Auschwitz by Convoy 45, on November 11, 1942. Neither returned. Suzanne, (Colette's older sister) contacted a Christian woman, Marie-Therese Maunier, who was involved with saving children. She agreed to have Colette live with her and her husband, Victor, in the village of Villiers-sur-Morin (Seine et Marne.) Suzanne escorted Colette there, on January 1943. She returned each Sunday to visit Colette for the next year. Then, one day, in the Spring of 1944, Colette received a letter from Marguerite, telling her that Suzanne had been arrested. Suzanne was deported by Convoy 69 on March 7, 1944 from Drancy to Auschwitz, where she perished. Soon afterwards, Mrs. Maunier became ill and could no longer care for Colette. Marguerite found another hiding place for Colette with Henri and Simone Voisin, a young couple who lived in Aulnay-sous-Bois, (Seine et Oise), a suburb of Paris. Albertine Voisin, Henri's mother also lived with them. The following week, Marguerite went out for a walk and was arrested for not wearing the yellow star. She later died of typhus in Bergen-Belsen. Colette remained with the Voisins until she was able to immigrate to the United States a few years later to live with relatives. She later married Louis Bunz. Colette has remained in touch with both the Maunier and Voisin families, who together saved her life.