The Guth family sits outdoors in front of a wooden fence. 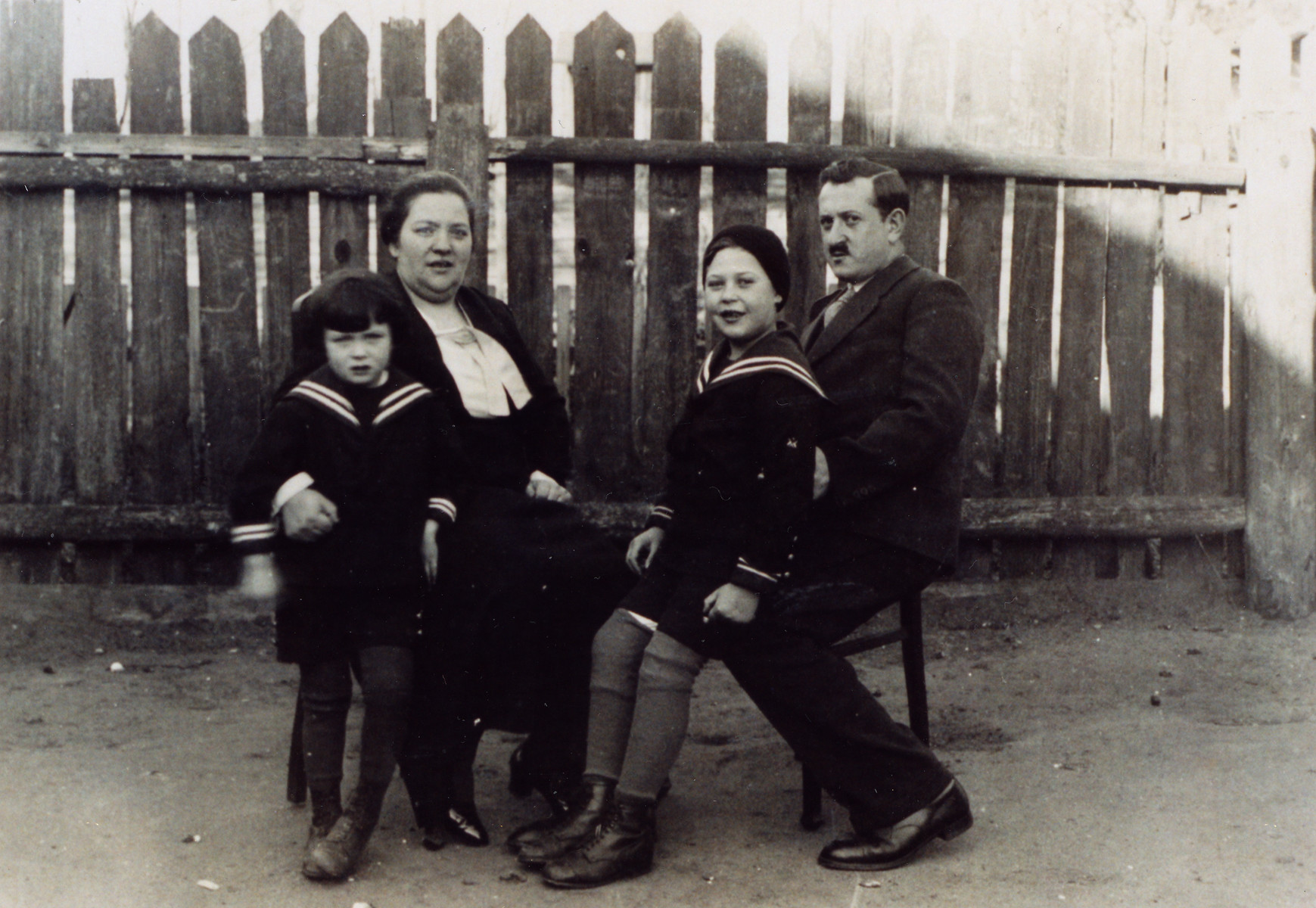 The Guth family sits outdoors in front of a wooden fence.

Pictured from left to right are Kurt, Rosa, Heinz and Felix Guth.

Biography
Berthold Guth (the brother-in-law of the donor) was the son of Felix (b. August 27, 1904 in Lessen) and Rosa (nee Markewitz) Guth (b. December 2, 1903 in Kolno.) Felix and Rosa married around 1924. Berthold had two older brothers. Heinz was born on December 2, 1925 in Allenstein, Eas Prussia where Felix had a dental practice. The family later moved to Friedrichshof near Ortelsburg, East Prussia where Felix continued in his profession. There, their second son Kurt was born on October 2, 1927. When the Nazis came to power, Felix sold their house and moved the family to Johannisburg, East Prussia, where Rosa's family had lived since 1916. Berthold was born there on September 9, 1937. In December 1938, Felix escaped to Shanghai. Rosa sent Heinz and Kurt to Tilsit in East Prussia they would be able to join a Kindertransport. In August 1939, only a few days before the outbreak of World War II, Rosa also left for Shanghai together with Berthold. Unfortunately, Heinz and Kurt could not leave Tilsit. They were apprehended by the Gestapo in February 1943 and brought to Berlin. Then on March 2, 1943, they were deported to Auschwitz and sent to do slave labor in Buna Monowitz. At some point, Heinz died; his exact fate is still unknown. In November 1944, Kurt was deported to Sachsenhausen, Aussenlager Lieberose. In February 1945 he was deported to Matuhausen, Ebensee, where he was liberated on May 6, 1945. After the war he went to Neheim-Huesten, and then in August 1947 he was hospitalized in Glyn-Hughes Hospital in Bergen Hohn suffering from the effects of his incarceration. Kurt passed away on October 15, 1947, a few days after his 20th birthday. Rosa died of natural causes in Shanghai on August 6, 1942. After the war Felix and Berthold immigrated to Israel in December 1948.