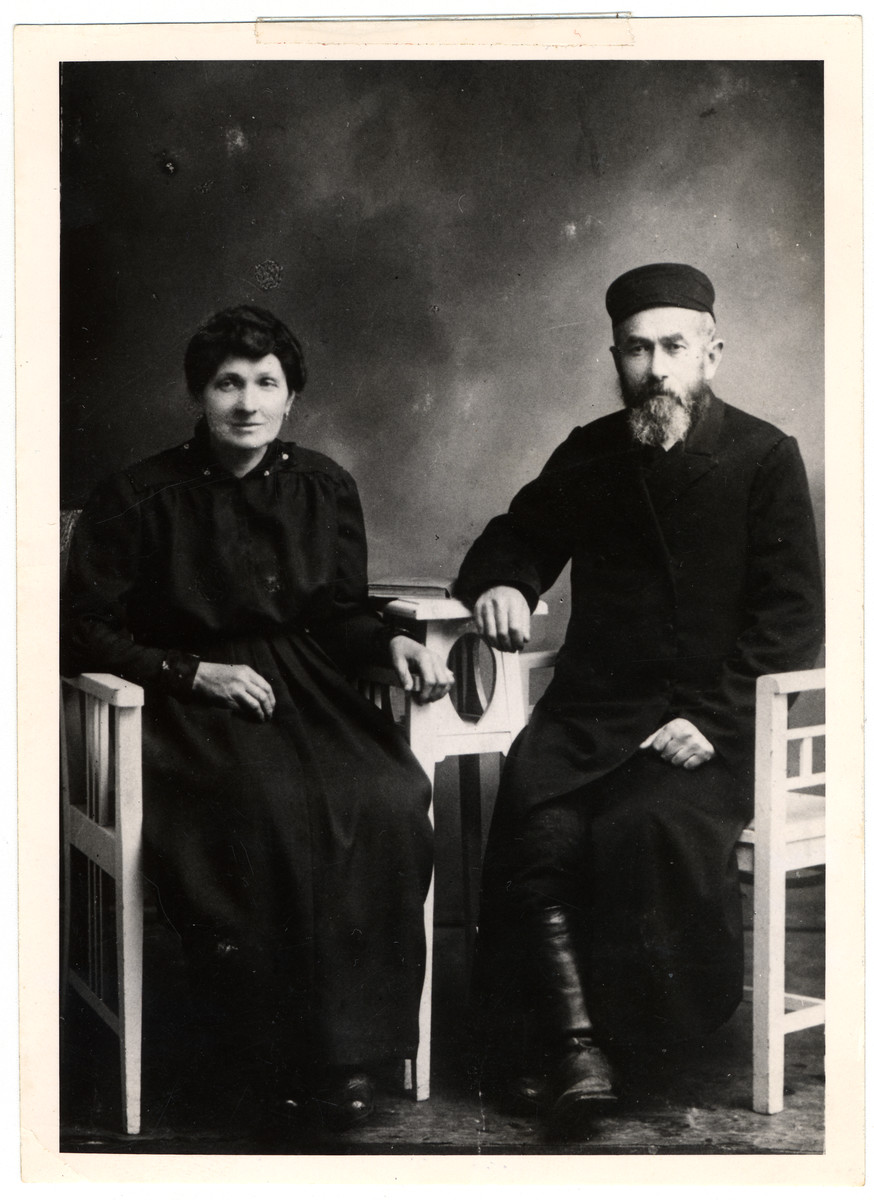 Biography
Yona Dickman (born Wygocka) was daughter of Natan Wygocka and Rywka Rosenthal Wygocka. She the eldest of four children in a working-class Jewish family. She was born March 15, 1928 in Pabianice, Poland, and had a brother Alexander (Zizkind) and two sisters, Bluma and Ester. The family lived in the Jewish section of Pabianice, near Lodz. Yona's father sold merchandise to Polish stores. When the Poles could not pay him for his goods, they gave him food for his family. After war began in September 1939, the Germans set up a ghetto in Pabianice. In May 1942 the Pabianice ghetto was emptied. Yona, her sister Bluma and father were deported to the Lodz ghetto, along with Yona's aunt and uncle. Her mother, brother, and youngest sister were sent to Chelmno where they were murdered. Though only 10 and 12 years old, Bluma and Yona were sent to a factory to sew clothes, hiding when the Germans began deporting Jews from Lodz. In August 1944, they were sent to Auschwitz, where they faced selection. Bluma was sent to the gas chamber. Yona and her aunt Hela were selected for forced labor. They were sent to Freiburg, where they worked at the Arado factory assembling airplane parts. After about six months the Allies began bombing the factory so the women were marched to another camp and then put on cattle trains and sent to Mauthausen. After 10 days with little food and no water, Yona was liberated in Mauthausen by the 11th Armored Division of the U.S. Army. After the war, members of the Jewish Brigade helped bring Yona and Hela to Italy, where they stayed for six months in preparation for making their Aliyah. In late 1945, Yona and Hela left Italy on a ship bound for Palestine, where they were to be reunited with Yona's uncles, Chaim, Tal, and Avram. While in Tel Aviv that Yona met a fellow Polish survivor named Isaac Dickmann. They married in 1948 and immigrated to the United States in 1959.