A group of Jewish DPs celebrate a Passover seder organized by an American Army chaplain in Munich. 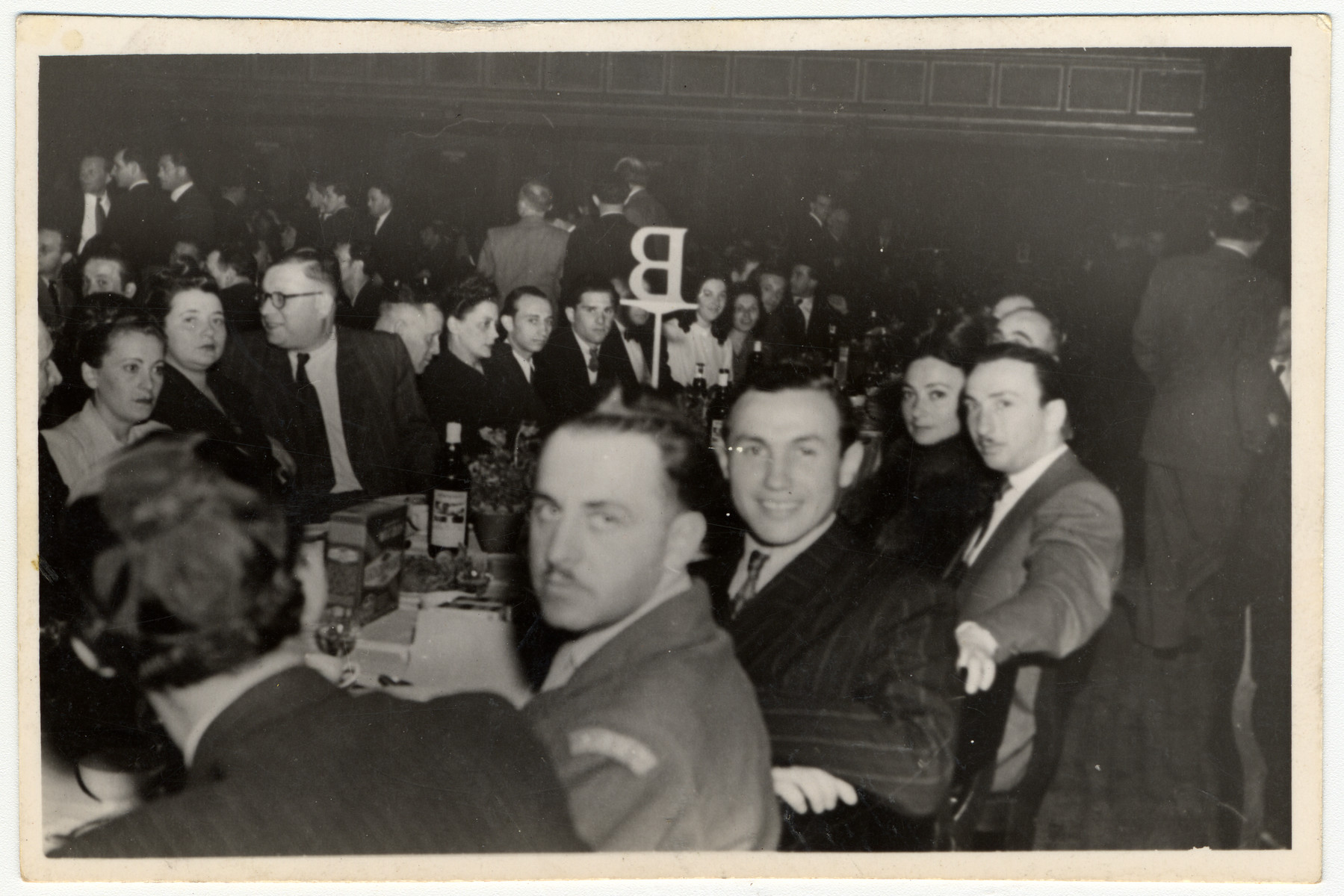 A group of Jewish DPs celebrate a Passover seder organized by an American Army chaplain in Munich.

Third person from the left in the foreground is Alexander White.