Jewish youth gather for a meeting with a member of the Haganna in the Kloster Indersdorf children's home. 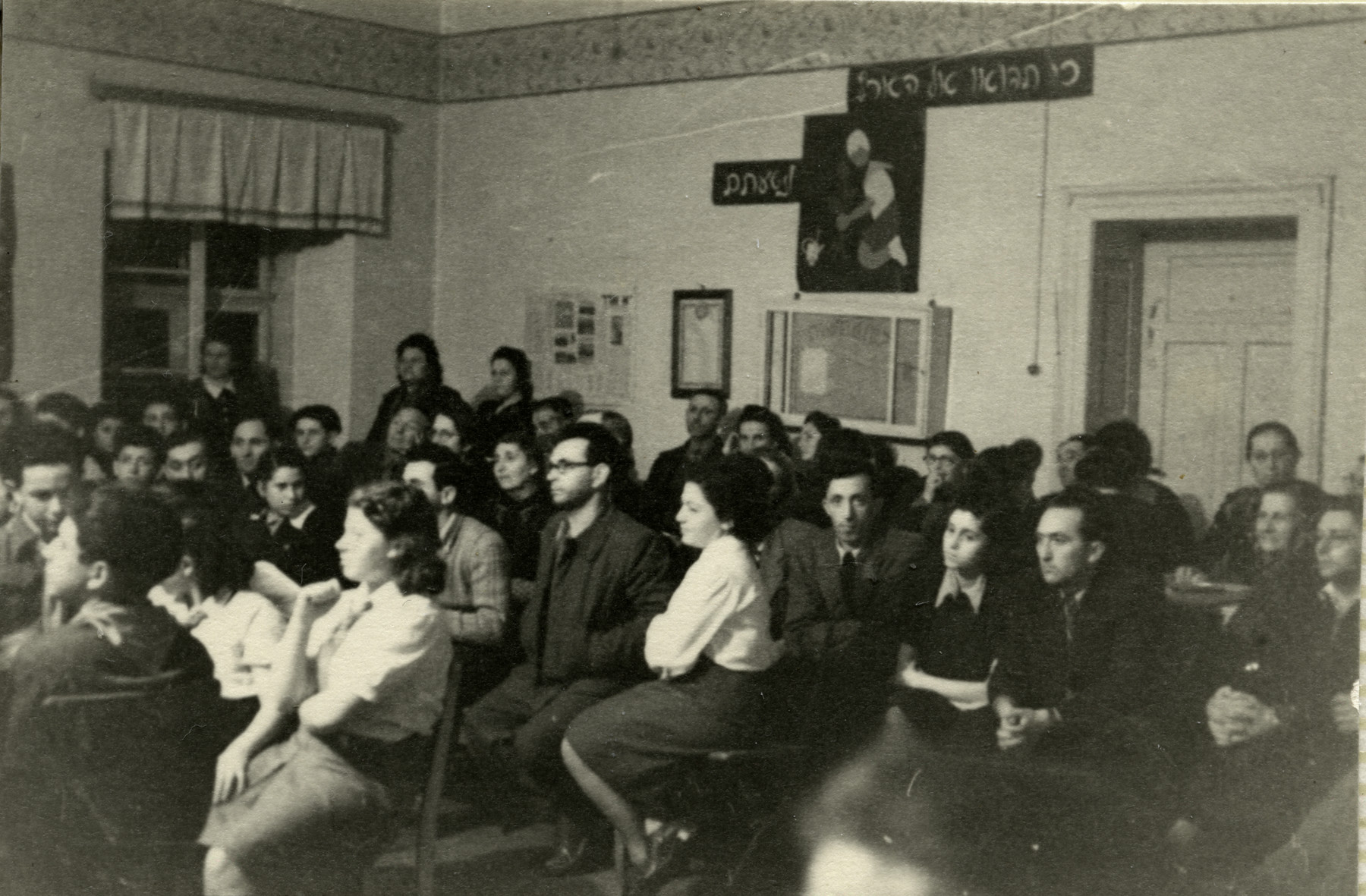 Jewish youth gather for a meeting with a member of the Haganna in the Kloster Indersdorf children's home.

The sign on the wall reads "when you come to the Land."