Girls from the graduation class of the Dutch Montessori Lyceum stand on the exterior steps of the school shortly after the German invasion of Holland. The painted S stands for shelter. 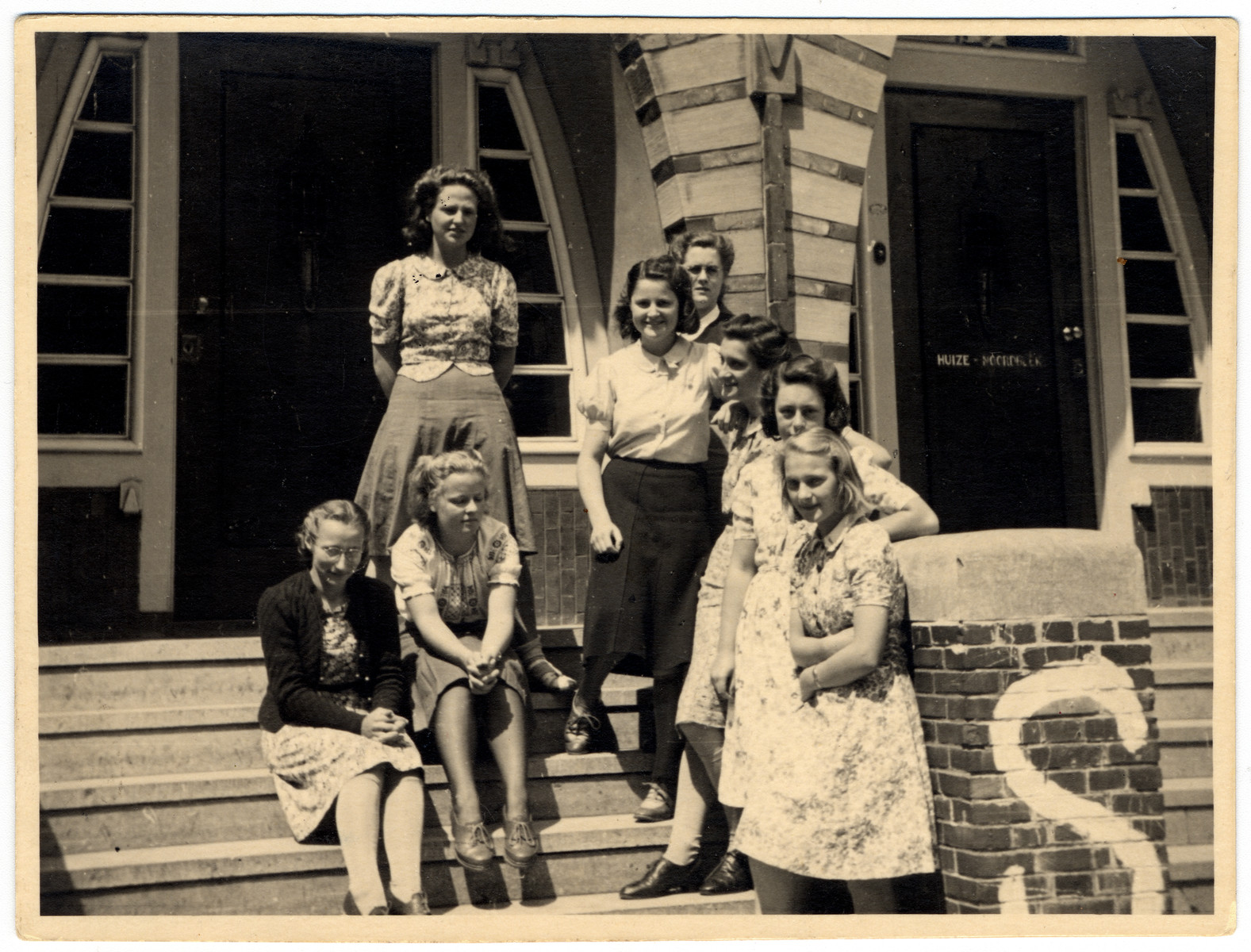 Girls from the graduation class of the Dutch Montessori Lyceum stand on the exterior steps of the school shortly after the German invasion of Holland. The painted S stands for shelter.

Ina Soep is third from the left on the bottom row.