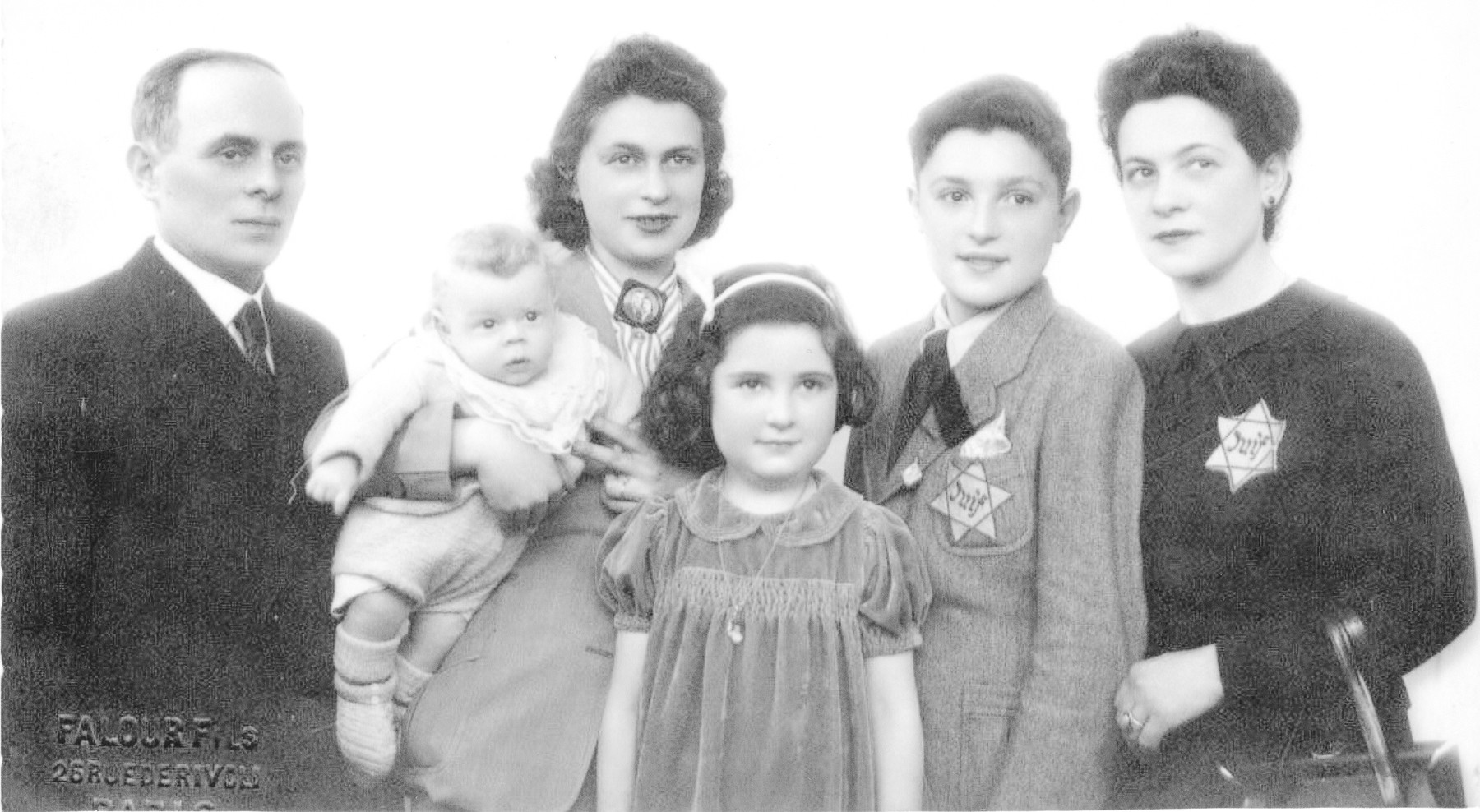 From left to right are Victor Perelstein, Eva Perelstein Pelcholding her baby Jean-Claude, Giselle Rachlin, George Rachlin, and Cecile Perelstein Rachlin. (Cecile's husband died on the Maginot line during the invasion of France.)