A Greek Jewish family after the war. 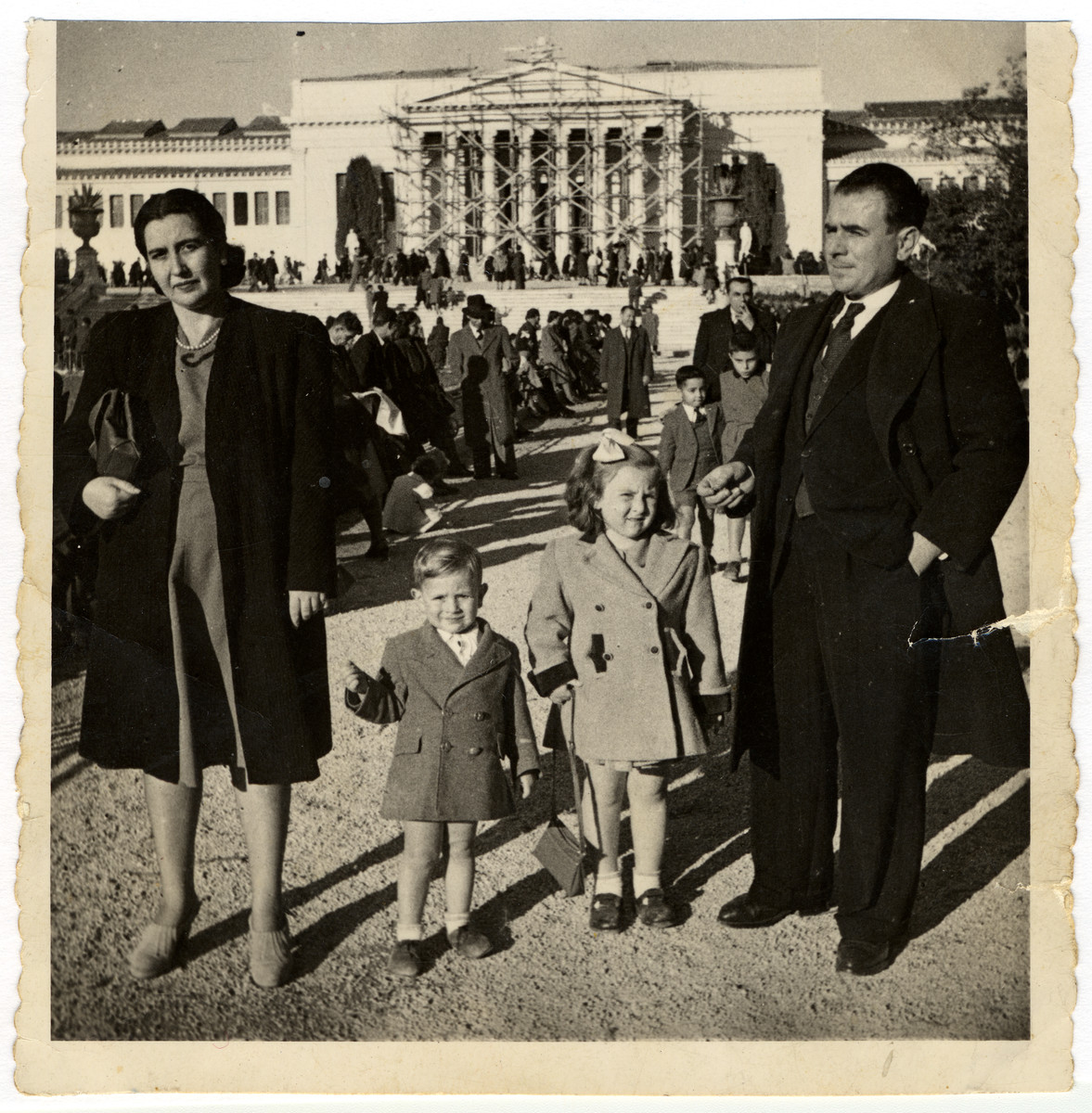 A Greek Jewish family after the war.

Pictured are Claire and Jacob Elhai, with their children Elvira and Victor.