Two Jewish women in hiding pose with their Polish employer and her son. 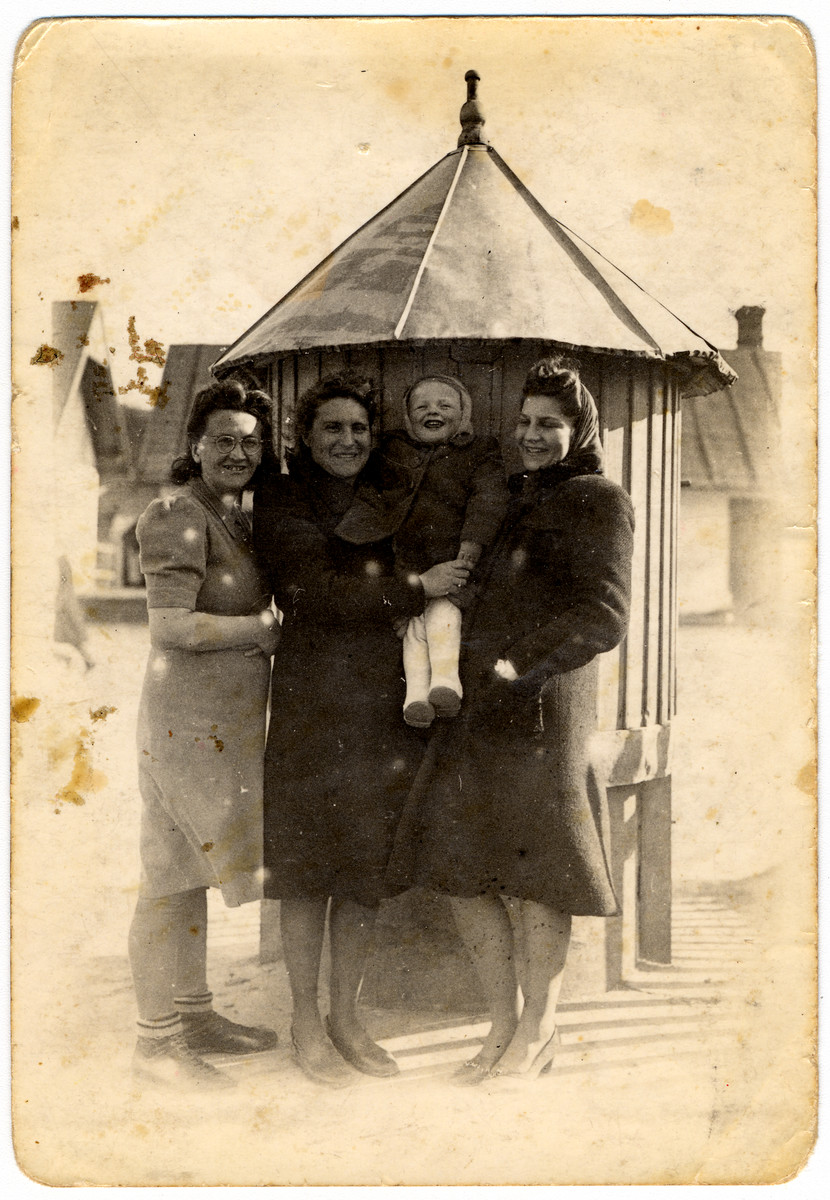 Two Jewish women in hiding pose with their Polish employer and her son.

From left to right are the employer Mrs. Ptashkowski, Blanka Bornstein, the employer's baby and Bronka Lerner.