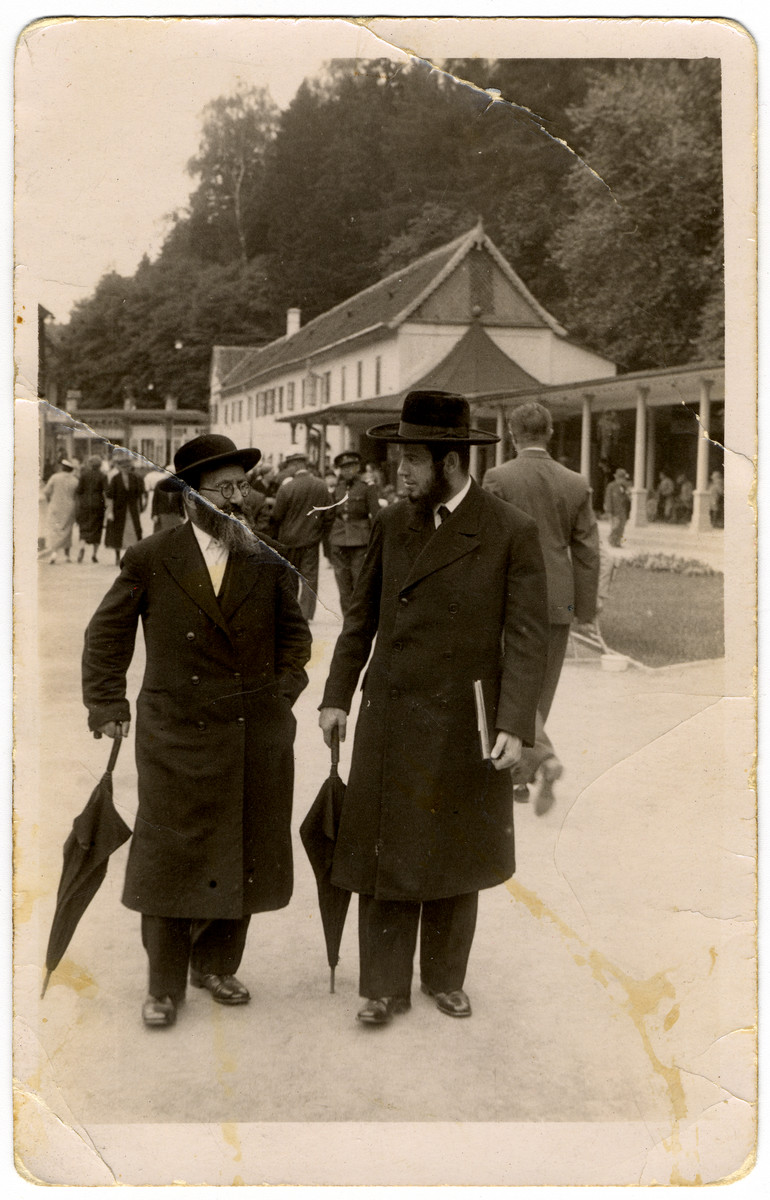 Pictured on the left is Rabbi Elias Grunfeld, the uncle and brother-in-law of the donor. Rabbi Grunfeld was the chief rabbi of Brno; he later perished in the Holocaust.