A group of Jewish men from the Bergen-Belsen displaced persons camp pose at the train station. 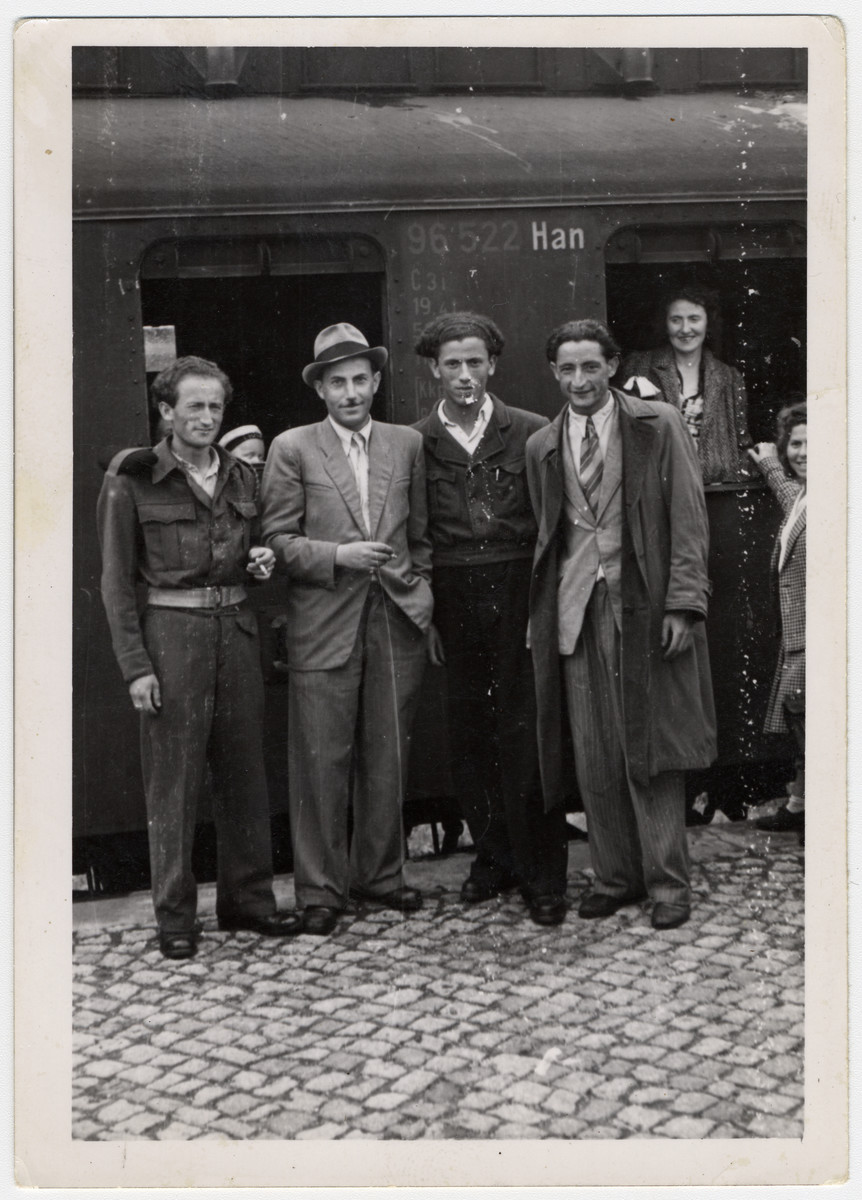 A group of Jewish men from the Bergen-Belsen displaced persons camp pose at the train station.

Erno Pollak is pictured second from the right.