The Seligman family pose in front of the ship that would take them to the United States. 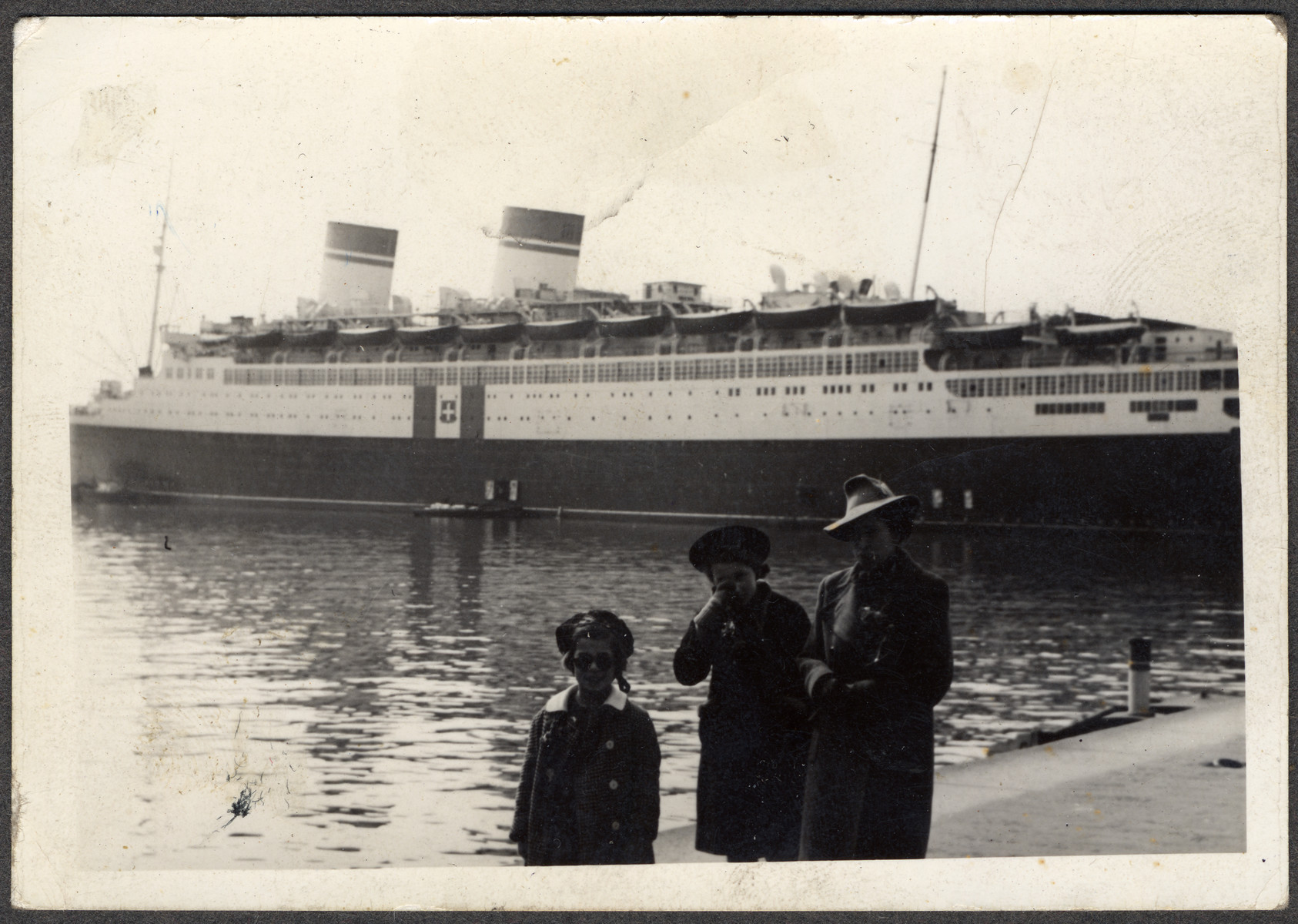 The Seligman family pose in front of the ship that would take them to the United States.

Pictured (left to right) are Margit, Ellen, and Rose Seligman.

Biography
Ellen Seligman (later Zweig) was born in Regensburg, Germany on May 18, 1929 to parents Julius and Rose (nee Hirschfeld) Seligman. Rose’s family had lived in the area since the 1800s, and her parents owned a department store called Teats. She had at least one sister, who married a Catholic man, Fritz Brem, in about 1934. Julius was originally from Lambsheim, and came to Regensburg as a young boy. The couple married in 1928, and soon afterward they opened a store in the suburbs of Regensburg. Their second daughter, Margit, was born several years later. The family was fairly assimilated. They lived in a large apartment with a garden, and were active in a social club where they played tennis. Ellen began school in 1936, attending a Jewish school, as she was not allowed to attend the public school. Classes were held only intermittently, as their teacher had to travel from the neighboring town of Straubing.

During Kristallnacht, the family’s synagogue was burned, and Rose’s father’s store was vandalized and looted. Julius was taken from their home early in the morning and jailed. Later, he was placed in a cart and driven through the main street of town, called Maximilianstrasse. He was released about a week later, due to the efforts of his mother, who was very active in the community. Ellen’s grandfather and uncle were taken to Dachau, then later released.

Julius sold his store and the family made plans to immigrate. He had a brother in the United States, who assisted them in acquiring the necessary affidavits indicating they would have means of support. They secured visas, and originally intended to leave in August or September of 1939, when the war broke out. Instead, they temporarily moved in with Rose’s parents, until a new plan could be made. They left Germany on February 18, 1940, taking a train first to Munich, and then to Italy through the Brenner Pass. In Genoa, they boarded a ship and sailed to New York. From there, they traveled to Washington DC, where Julius’ brother lived with his wife, son, and their mother, who had immigrated immediately after Kristallnacht. With assistance from the local Jewish community and the Washington Hebrew congregation, Julius found work, and Rose worked for a family with children. Ellen and her sister started school, and the family moved into their own apartment.

Rose’s parents remained in Germany until May 1940, being forced to pay high taxes on their store. Then, with the help of Rose’s sister, they flew from Munich to Lisbon, sailed to New York, and then joined Rose and Julius with their children in Washington, DC. Rose’s Christian brother-in-law (Fritz) was taken to a work camp because he refused to divorce his Jewish wife. Rose was able to maintain limited contact with her sister throughout the war and learned that she, her husband, and children all survived. Julius’ sister and her husband, Lydia and Moritz Einstein, sent their children to England on a Kindertransport, but were unable to leave themselves. They were deported to Auschwitz. He was killed on arrival and she died of typhoid some time later.