Certificate of IRO eligibility issued to Fiszel Kaszub, his wife and daughter. 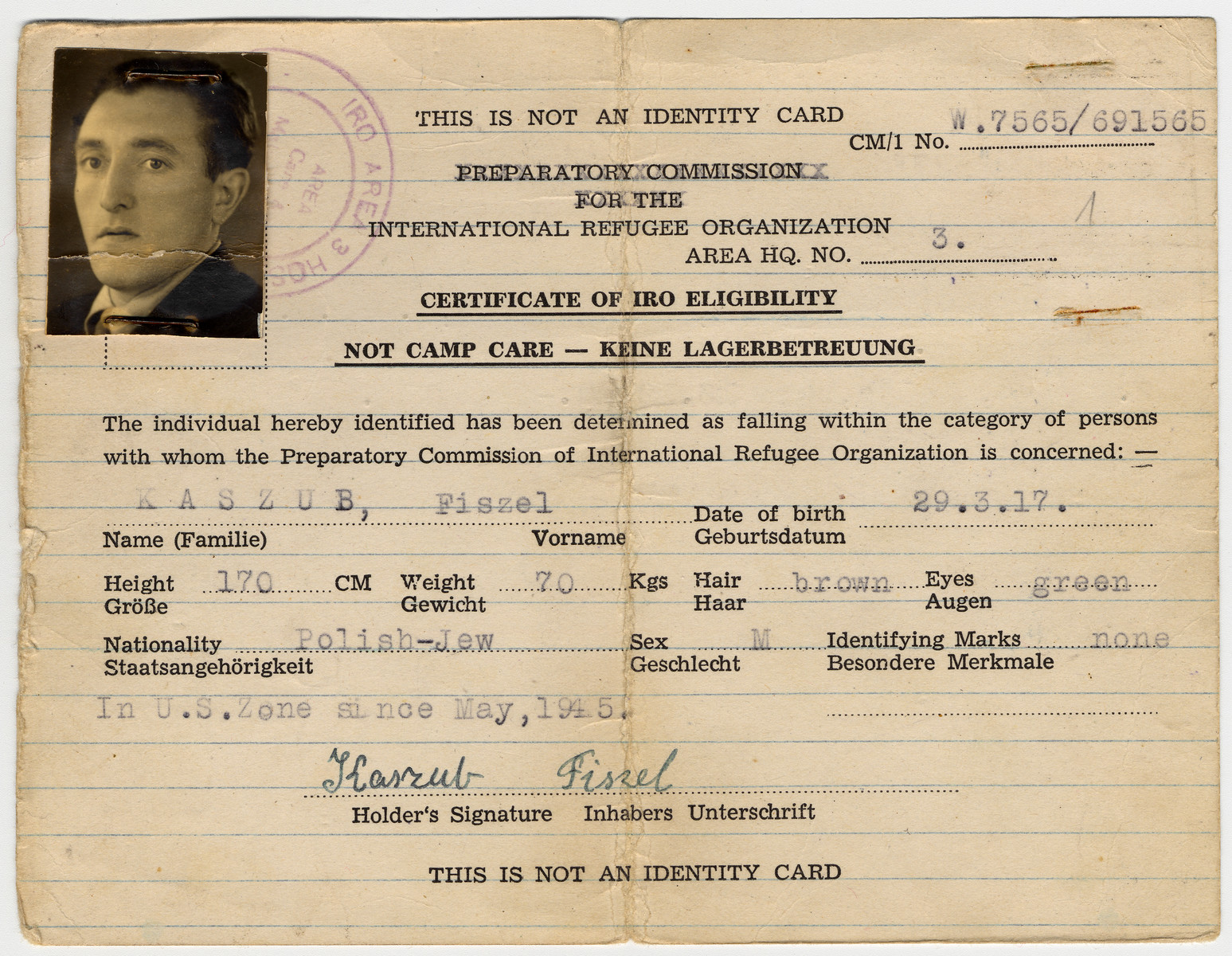 Certificate of IRO eligibility issued to Fiszel Kaszub, his wife and daughter.

Biography
Felix Kaszub was the father of the donor, Goldie Kaszub. Felix (Fiszel) Kaszub was the son of Szyja (Israel) and Golde Kaszub. He was born on March 29, 1917 in Krosniewice, Poland, a small town in the Lodz region. He had one younger brother Roman (b. 1920) and a sister. The Germans entered the town on September 15, 1939 and established a ghetto the following year. Transports to forced labor camps began on September 22, 1941, with the final transport in March, 1942. Fiszel was interned in several concentration camps including Auschwitz. After the liquidation of Auschwitz, he was sent by train to Buchenwald, arriving on January 26, 1945. His father and brother also survived incarceration in various concentration camps including, Auschwitz (Buna-Monowitz), Buchenwald and Gross Rosen. After the war Fiszel stayed at the Feldafing concentration camp before moving to Hof where he met and married a German woman, Marie- Sophie Miehling (b. April 19, 1921). Their daughter Goldie, named for Fiszel's mother, was born on December 13, 1949. Together they immigrated to the United States on February 6, 1954 on board the SS America.