Former Bielski partisans gather for a celebration in Palestine. 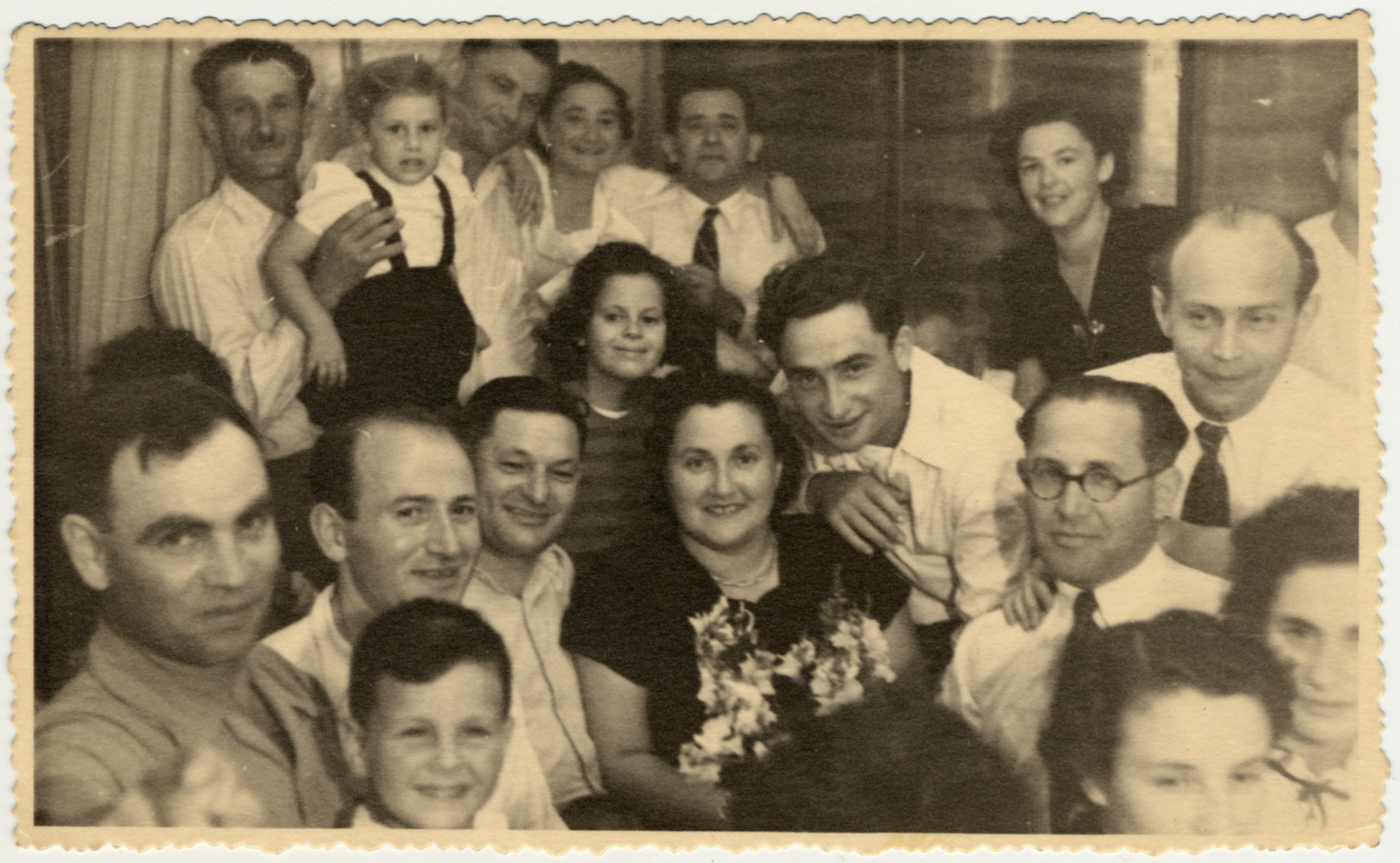 Former Bielski partisans gather for a celebration in Palestine.

Zus Bielski is pictured at the bottom left with his son Yakov. Sonia Bielski is in the center holding the flowers and Aron Bielski is leaning up against her. Also pictured are left Yehuda Bell (Bielski) first cousin, his daughter Neelie (now known as Leslie Bell), Dr. Henry Pinsky and his with Genya. Far right top, Raya Kalmanovitz (secretary of the Bielsky group).