Benjamin and Jacqueline Alkalai (right) stand outside their salon and perfumery. 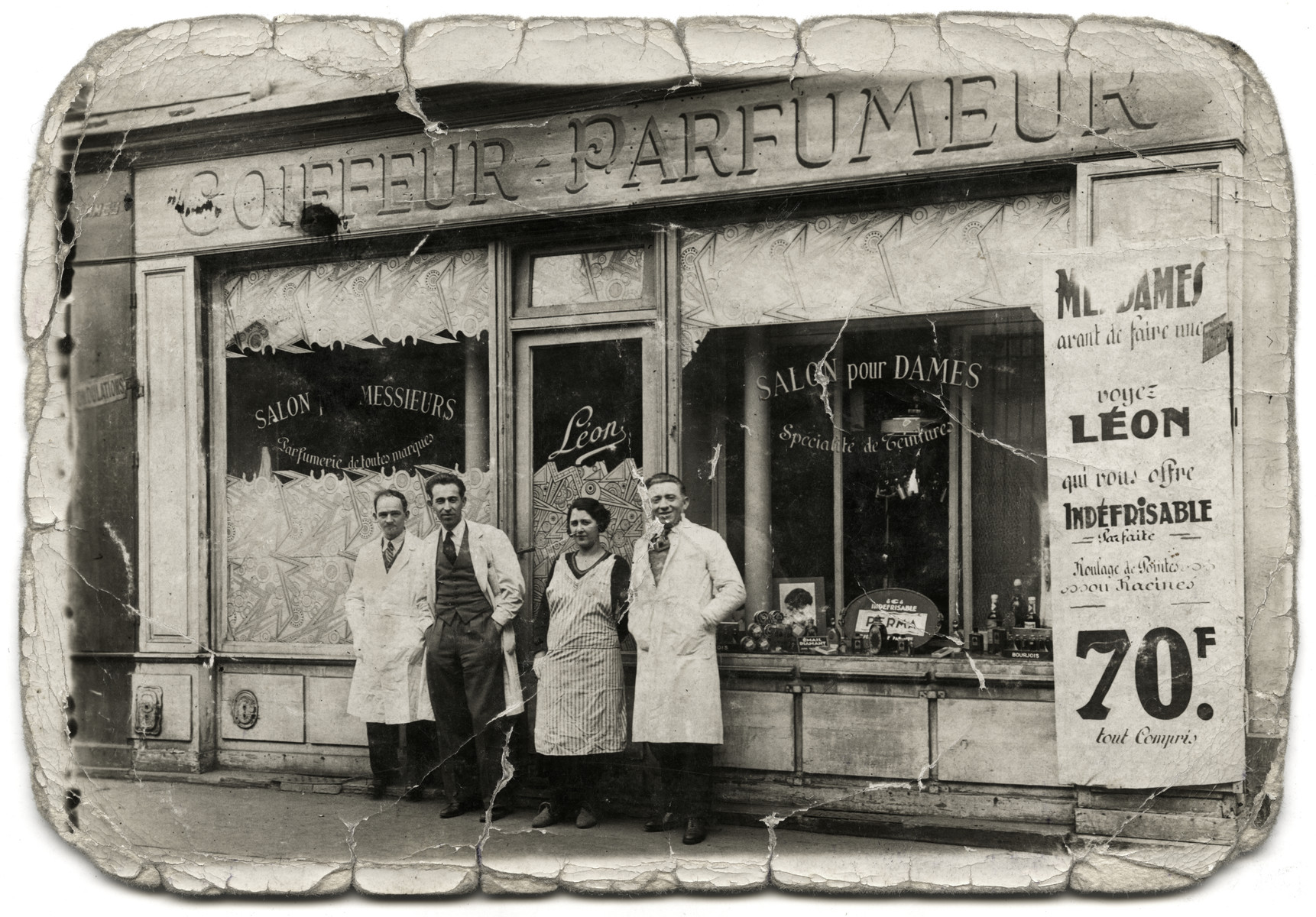 Benjamin and Jacqueline Alkalai (right) stand outside their salon and perfumery.

Biography
Yael Gal (born Jacqueline Sophie Alkalai) is the daughter of Benjamin Alkalai (b. 1897 in Sofia, Bulgaria) and Emilie (Miriam) Baruch (b. 1902 in Samokov, Bulgaria). Jacqueline was born on October 18, 1937 in the 20th district of Paris. Her parents married in Bulgaria where her two older brothers were born: Richard (b. July 29, 1924) and Henri (b. January 6, 1928). Benjamin ran an import and export business in Bulgaria. His father was a banker and head of Bnai Brith. In the 1930s Benjamin, Emile and their sons immigrated to France. Benjamin trained as a hair dresser and opened a perfumery. He spoke a perfect German and worked as a supplier between the French and German armies in Paris. He made a lot of money and converted it to gold coins that he buried. When the German army marched into Paris, the Alkalais lived in a rented apartment on rue Belfort in the 11th district. In 1941 Benjamin was arrested and sent to Les Caserne des Tourelles, where he worked as a slave laborer for two years. He was then sent to Drancy and then deported to Auschwitz in 1943. Richard meanwhile decided to join a friend and flee to the southern zone on false papers. When his papers were identified as false, Richard was sent to the Gurs internment camp. After the Germans occupied the Free Zone, he was transported to Drancy. On March 6, 1943 he was deported to Majdanek where he perished.

Emilie remained with her two younger children and moved from place to place. She knew Rudolf and Annie Acherov, German-speaking Bulgarian Jews, who served as caretakers of a large villa in Neuilly sur Seine. The Acherovs invited Emilie and her two children to stay there. They lived hidden in the house for about a year. Once, Germans searched the apartment with a dog, and Jacqueline hid in a cupboard. Mr. Acherov spoke to the Germans and offered them cigars before they left. Afterwards, Jacqueline's family realized they could not stay there and returned to their own home on Rue Belfort. The police came there as well. The concierge told the police that they were not home, and that saved their lives. After the police left, the concierge told them what happened and they fled again. They went to a family on rue Coucy le Chateau where they remained for a two or three months. Later they moved again to an attic near Metro S. Paul (today the Marias) where they managed to stay from December 1943 until their liberation in August 1944, supported by the gold coins that Benjamin had buried. After the war they found their own apartment. After the war, Mr. Acherov became director of an organization that provided meals to Jewish survivors in a soup kitchen. Jacqueline's mother became a cook in this kitchen. Jacqueline attended public school and Talmud Torah in the afternoon. Her brother Henri went to work on any job he could find to help support his family.

Jacqueline's mother had five brothers in Bulgaria, one of whom left for Australia and the others for Israel. In 1950, together with her two children, Emilie left France for Australia. Jacqueline later moved to Israel and married to Daniel Gal. They have three children and two grandchildren. They reside in Jerusalem. Jacqueline became a fashion designer, and her husband is a retired Ambassador for the Israel Foreign Office having served in various countries including Italy and Canada. Her brother Henri remained in Australia.