A Jewish family poses in Haskovo where they had been expelled. The adults are wearing Jewish stars. 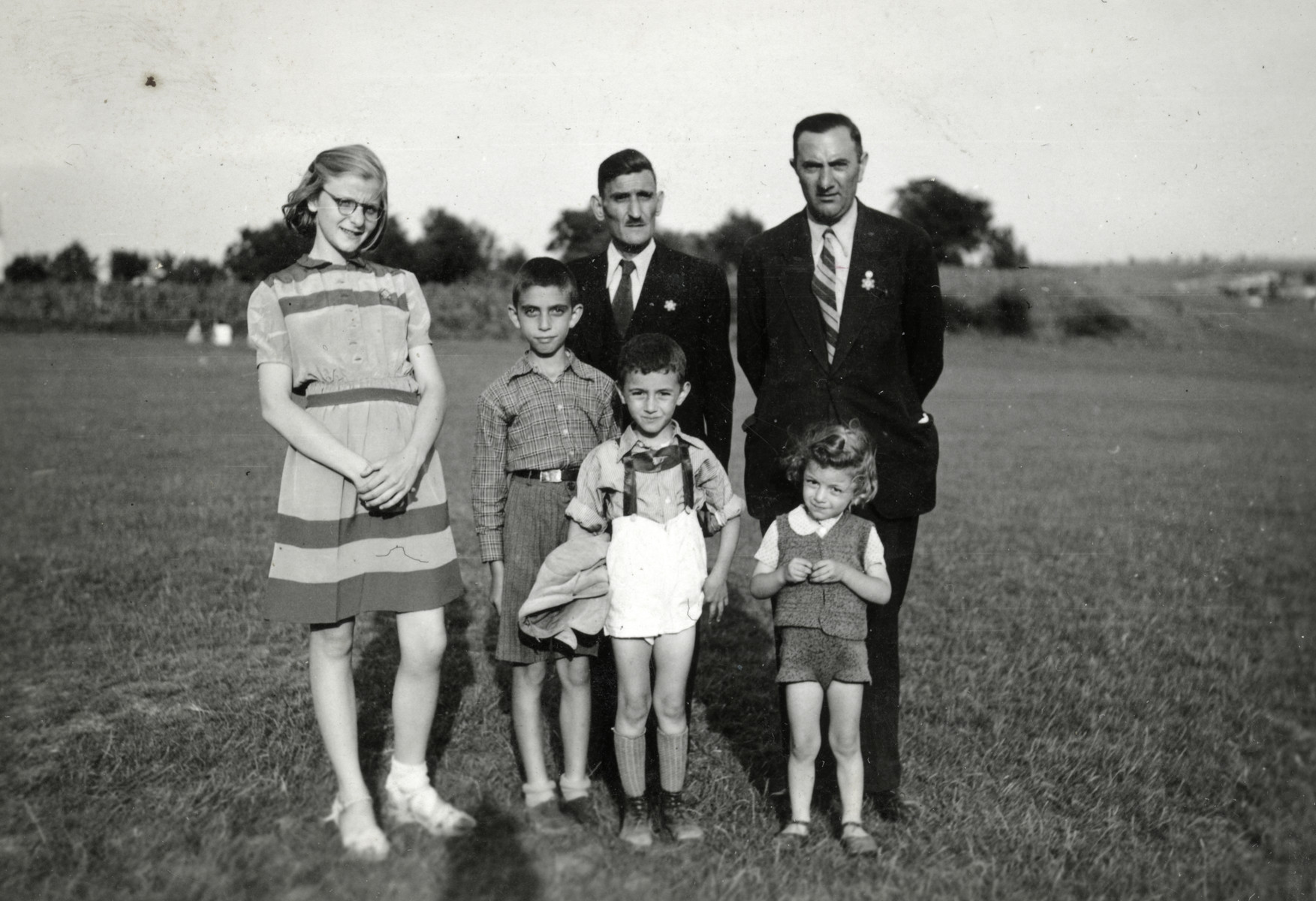 A Jewish family poses in Haskovo where they had been expelled. The adults are wearing Jewish stars.

From left to right are Reine Behar, her father Rachamin Behar, and Nissim Alvas with his three children.