A group of young Jewish Bulgarians pose on the ledge of a building. 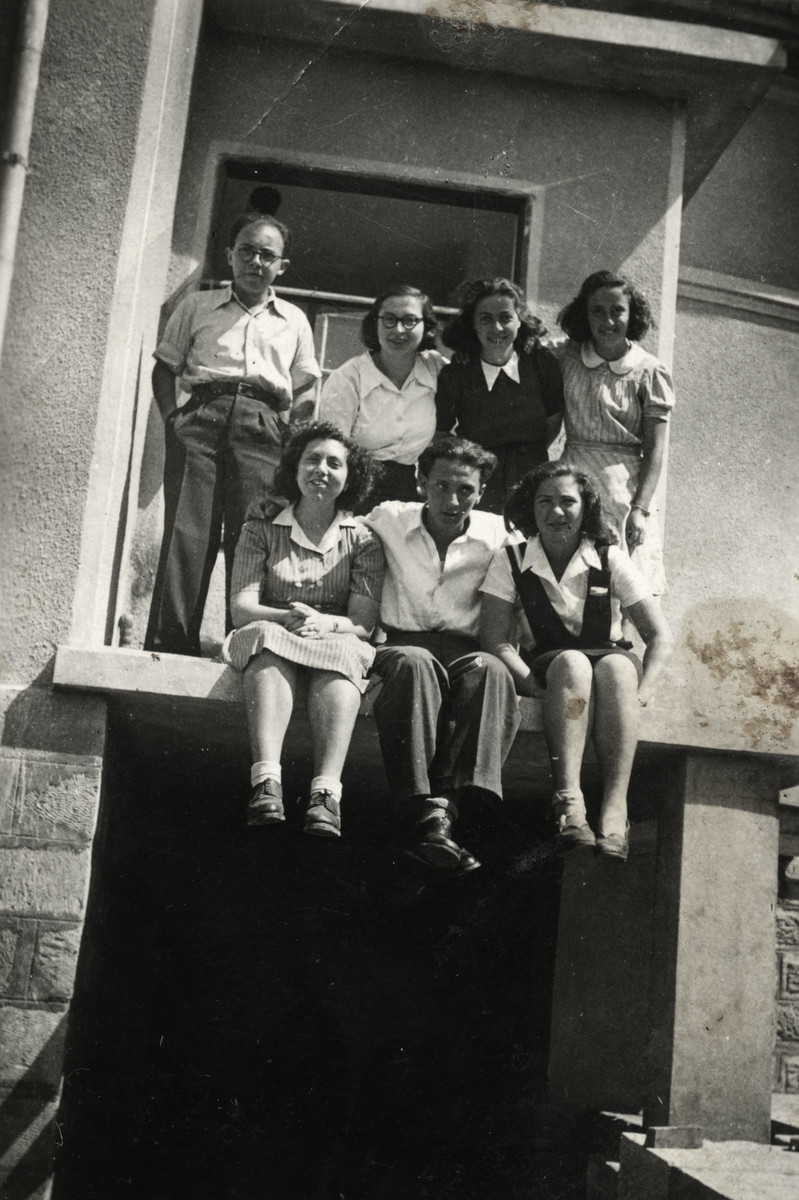 A group of young Jewish Bulgarians pose on the ledge of a building.

Dora Levy is pictured on the bottom left.