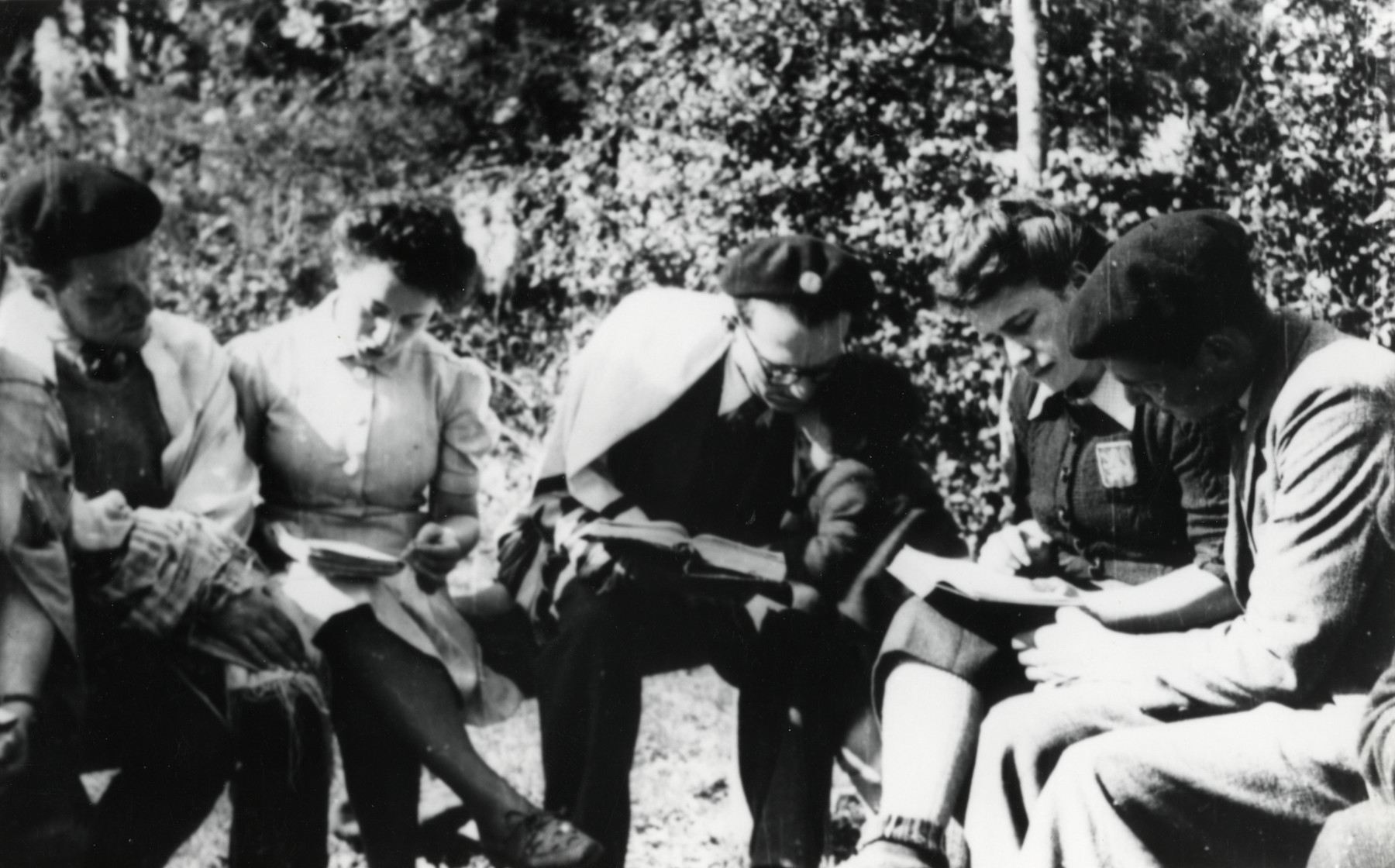 Pictured in the center is Noemi Cassuto, aged 3 or 4. Her father, Leo Cohn, in a prayer shawl, bends down towards her.