The five daughters of the Jewish lawyer and rescuer Matthieu Muller pose on a street [possibly in Paris]. 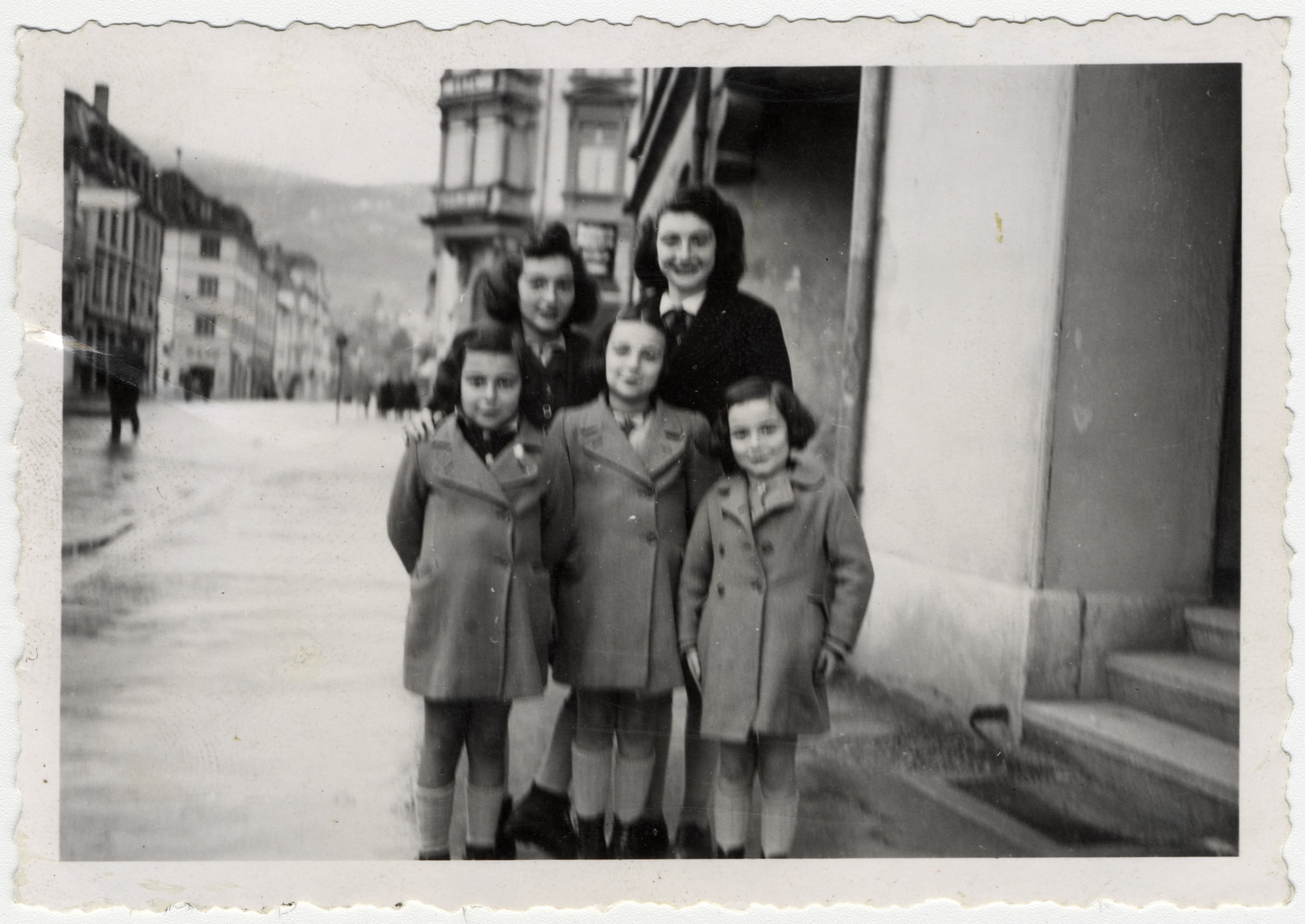 The five daughters of the Jewish lawyer and rescuer Matthieu Muller pose on a street [possibly in Paris].

Miriam Gross (born Miriam Muller) is the daughter of Matthieu Muller (b. August 13, 1895 in Diemeringen, Alsace) and Alice Bauer (b. November 25, 1903 in Avignon). He had one brother Camille. Miriam was born on October 20, 1928 in Paris where her father Matthieu was a lawyer. He also served as president of the French branch of the Orthodox Jewish organization, the Agudat Yisrael. She had four sisters: Florine (later Klein, b. January 1927), Judith (later Schwartzman, b. March 23, 1933), Edith (later Bloch, b. January 24, 1937) and Noemie (later Schoenthal, b. February 19, 1938). The family was orthodox, but the children attended public schools. Matthieu Muller became very well known as he was involved in one of the libel trials against the Nazi publicist, Julius Streicher. All of the other lawyers involved were killed, and Miriam's mother was very worried about their safety. In either 1939 or 1940, the family left Paris for their summer home in Blancheface. They had purchased it in 1937 as they wanted a place that was far away from any railroad so as to feel safe from danger. They remained there until the Germans entered Belgium in May 1940. They lived there with both sets of grandparents, aunts and uncles on both sides and cousins. Altogether there were ten children there. Mathieu was not mobilized into the French army although his two brothers were. From there they left and stayed in a castle in the Pyrenees only ten kilometers from the Spanish border just in case they needed to escape. Miriam remembers churning butter with her siblings and other children living there. Since the family lived in the countryside they always managed to obtain enough food. In November 1942 they crossed into Switzerland with the help of a guide who was a convent gardener of a convent. This person later was deported to Auschwitz.