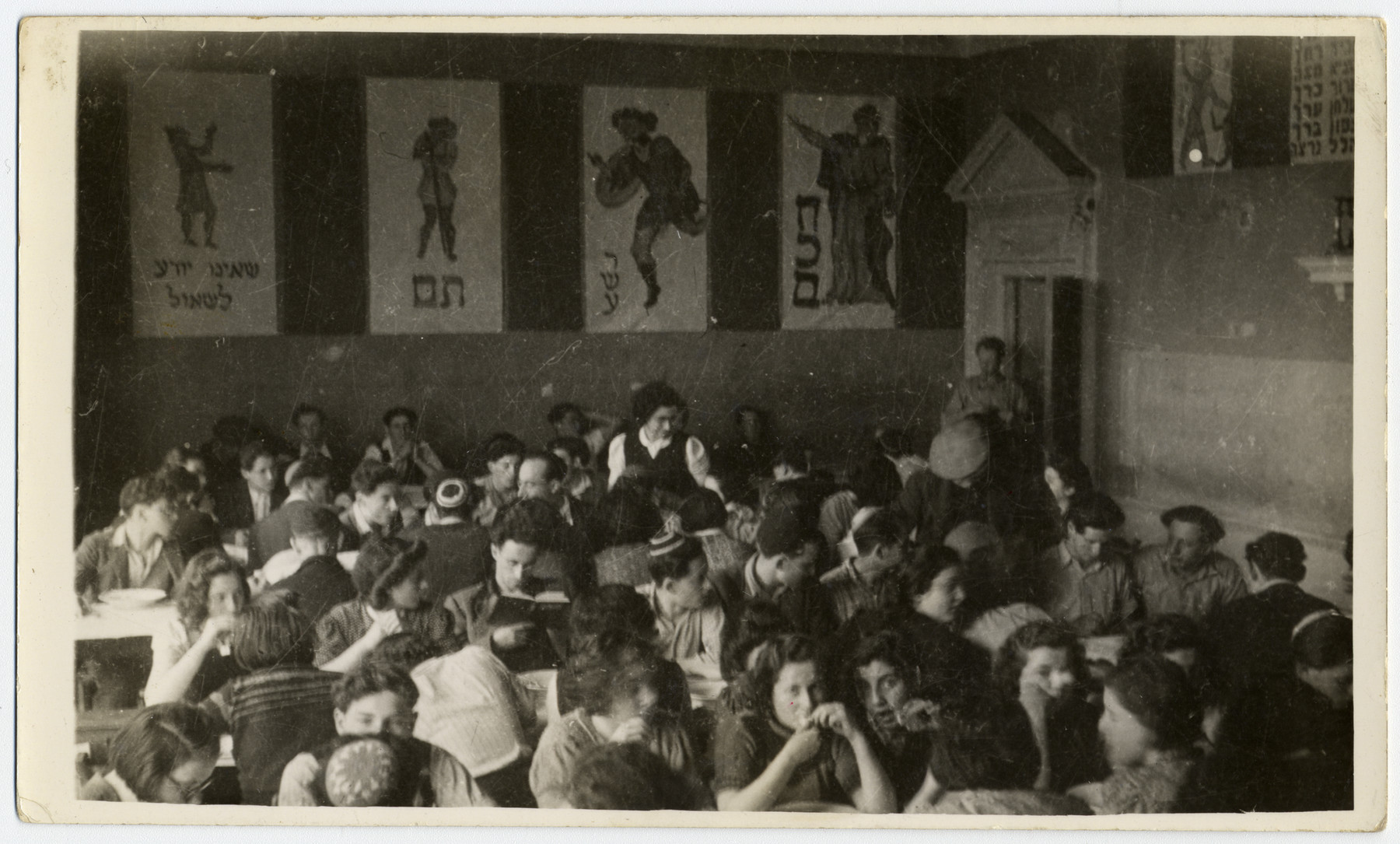 Standing is Eva Carlebach. To her left is Irving Seligman (head counselor). The girl next to the boy reading haggada is Bertel Karmiol. In the bottom left, wearing glasses, is Esther Graudenz. In the bottom center is Betti Einhorn. In the bottom right are Edith Perlmutter, Bertel Rosenberg and Ruth Kessel. In the center, far right, is Hersh Lerner. Pictured in the lower right, in a group of three young men is Ernst (Ernest) Sandburg (in the center of the group, looking toward the right).

The posters on the wall are four the four sons of the Passover haggadah.